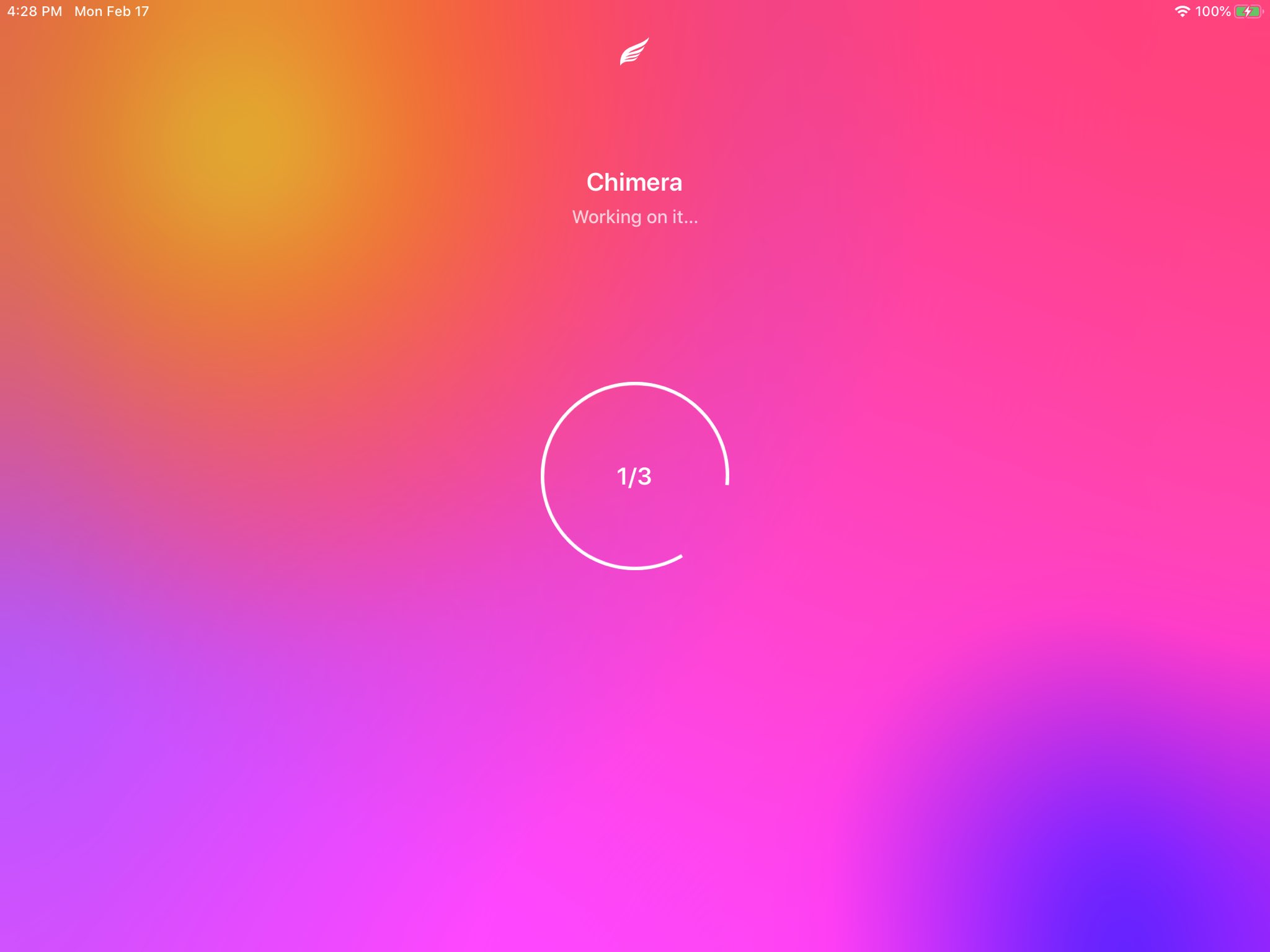 Pwn20wnd’s unc0ver jailbreak has enjoyed being the center of attention for the past couple of weeks thanks to newfangled iOS 13.0-13.3 support on A12(X)-A13 devices by way of Brandon Adad’s oob_timestamp tfp0 exploit, but it might not be the only jailbreak in town for long.

Electra Team lead developer CoolStar took to Twitter Monday evening to share a teaser screenshot of what appears to be Chimera13 running on iPadOS 13: 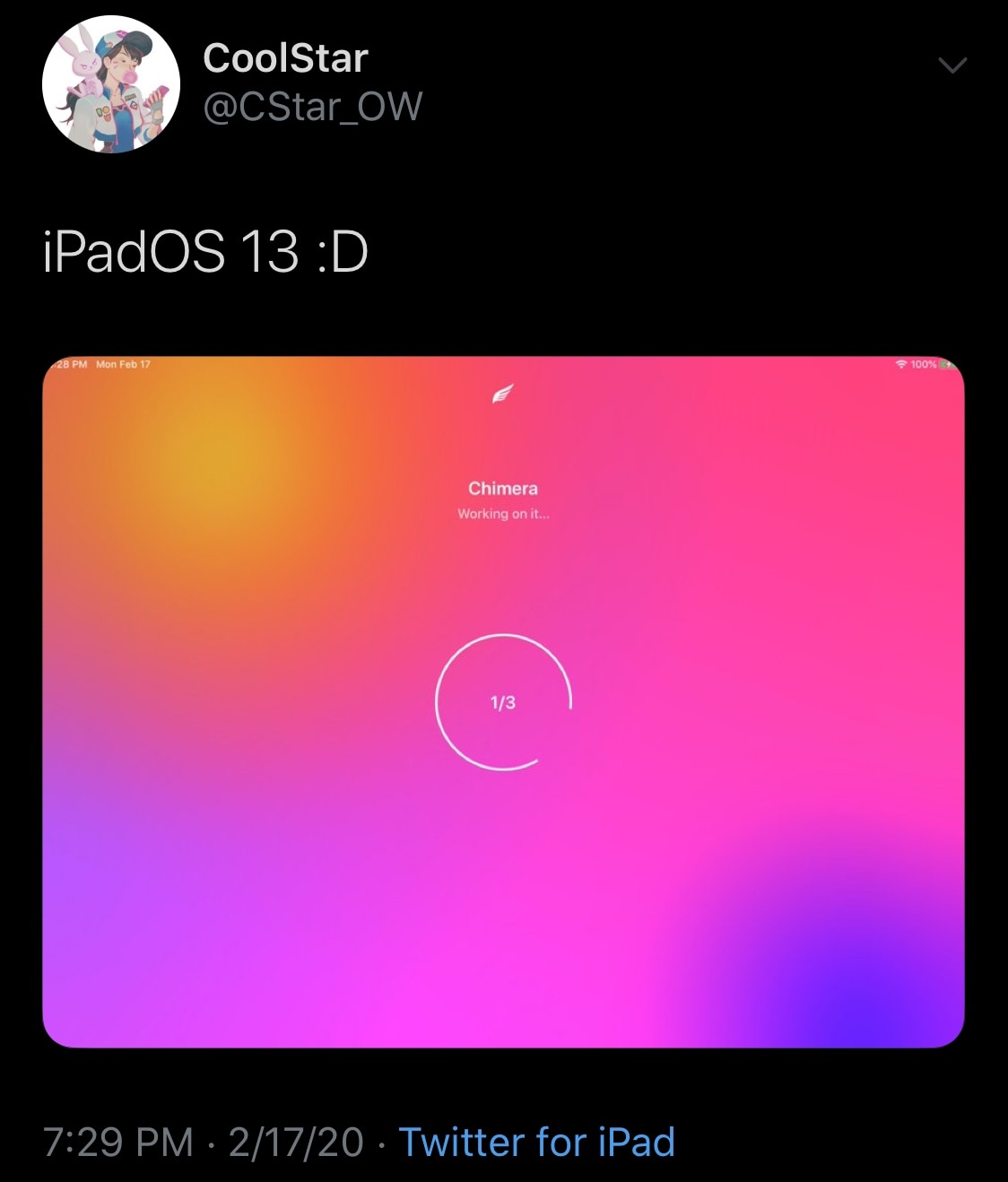 Presumably, Chimera13 uses Azad’s oob_timestamp exploit just as unc0ver does, but in previous Tweets shared this past weekend, CoolStar indicated that Chimera13 would support more devices that run iOS 13.0-13.3 instead of limiting the playground to A12(X)-A13 devices as unc0ver currently does. More specifically, CoolStar took aim at A9-A11-equipped devices: 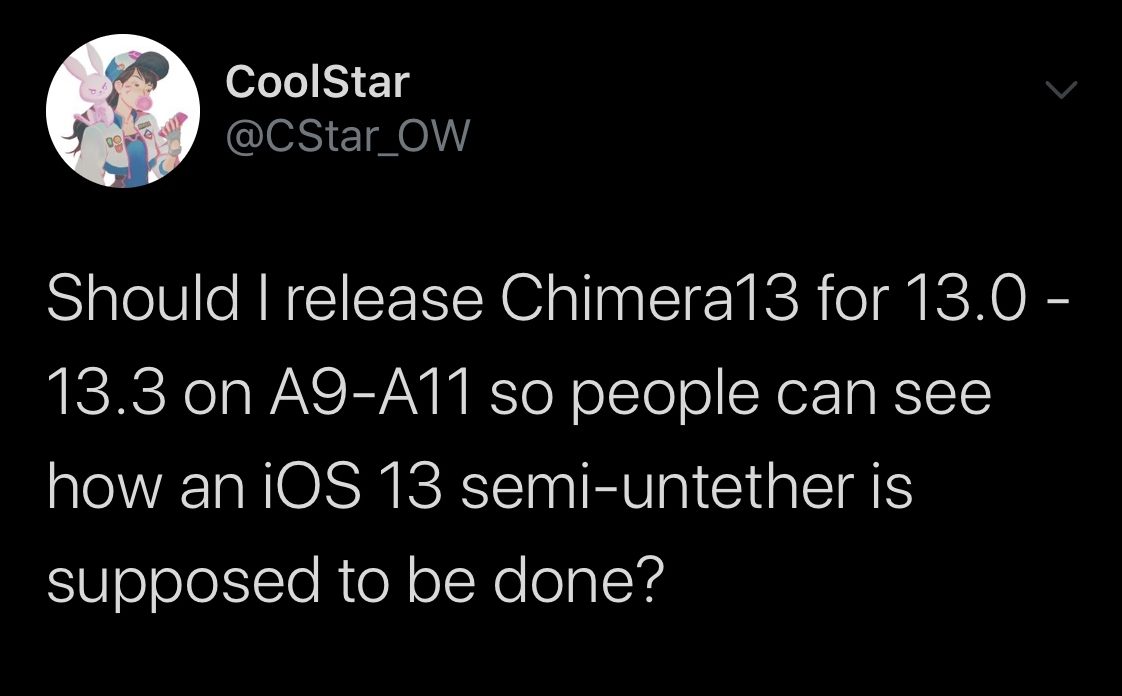 CoolStar hasn’t yet offered any sort of ETA for the release of Chimera13, so there’s no telling when the project might launch. What we do know is that it would ship with the Sileo package manager and with Substitute for tweak injection, whereas unc0ver deploys the Cydia package manager and either Cydia Substrate or Substitute for tweak injection, depending on the device.

Are you excited for Chimera13, or are you already using checkra1n or unc0ver? Discuss in the comments section below.