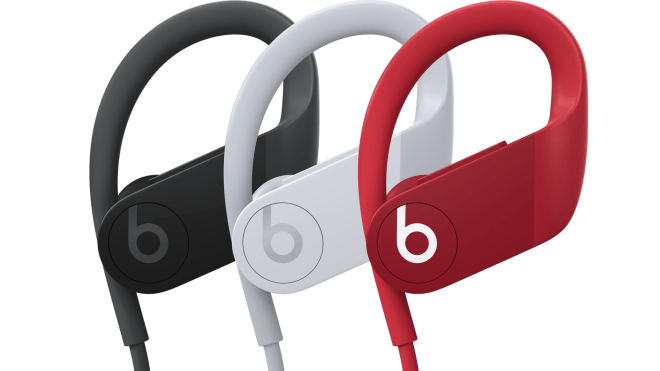 If you have been waiting patiently for the impending arrival of new Powerbeats headphones, the wait is probably nearly over as newly leaked information and images have surfaced.

Thanks to the folks over at WinFuture.de, we have what the publication is calling “official” marketing photos of the upcoming, but still unofficial, Powerbeats 4 wireless headphones. They look similar enough to the Powerbeats3 in the important ways — this new model will still be easily recognizable. But the design does differ from the previous generations in important ways.

For instance, the new Powerbeats4 will feature a more curved design, something more in line with what the Powerbeats Pro bring to the table. That should make them a bit more comfortable to wear, especially while exercising. The wraparound ear hooks are still present, of course. And the Powerbeats4 will still boast the in-ear design of past models. 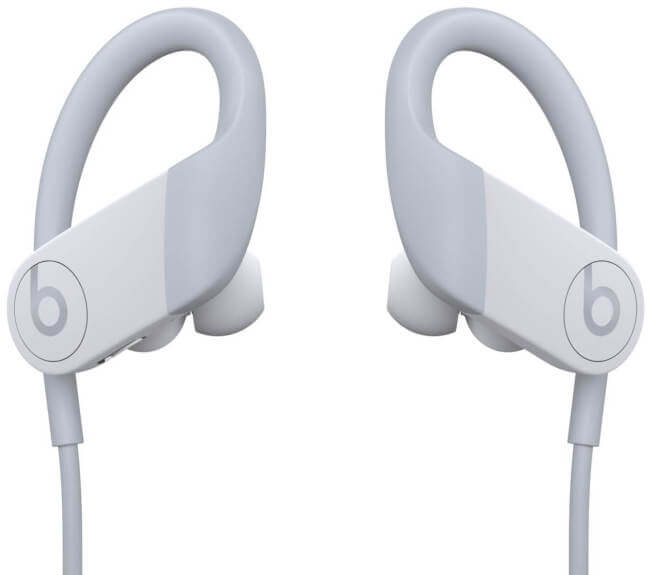 The wire design, which connects both earbuds, has changed a bit, too. Instead of connecting to the body of the headphone the wire will now connect to the end of the ear hook. That’s probably the most important design change, and it will be interesting to see how future owners of these headphones prefer it.

As far as features go, the Powerbeats4 headphones are expected to have Apple’s H1 chip under the hood, which means they will support “Hey Siri” for voice activation requests and commands. The H1 chip should also see overall improved battery life, too. In fact, this report says the headphones will offer 15 hours of life on a single charge before needing more juice. They’ll charge via Lightning when you do need to power them up.

As we have noted previously, these headphones will probably be priced around $199, just like the Powerbeats3. The Powerbeats Pro retail for $249, so it just makes sense. However, there is no word on pricing in the report so things could be different by the time Apple gets around to unveiling the new headphones.

The first signs of the Powerbeats4 headphones arrived in late 2019, when iOS 13.3 beta code hinted at the upgraded in-ear headphones. And then, back in February of this year we saw that the new headphones had received FCC approval ahead of an official launch at some point in the near future. So we probably don’t have long to wait now.

Based on what you’ve heard so far, are you planning on picking up a pair of Powerbeats4 when they launch?