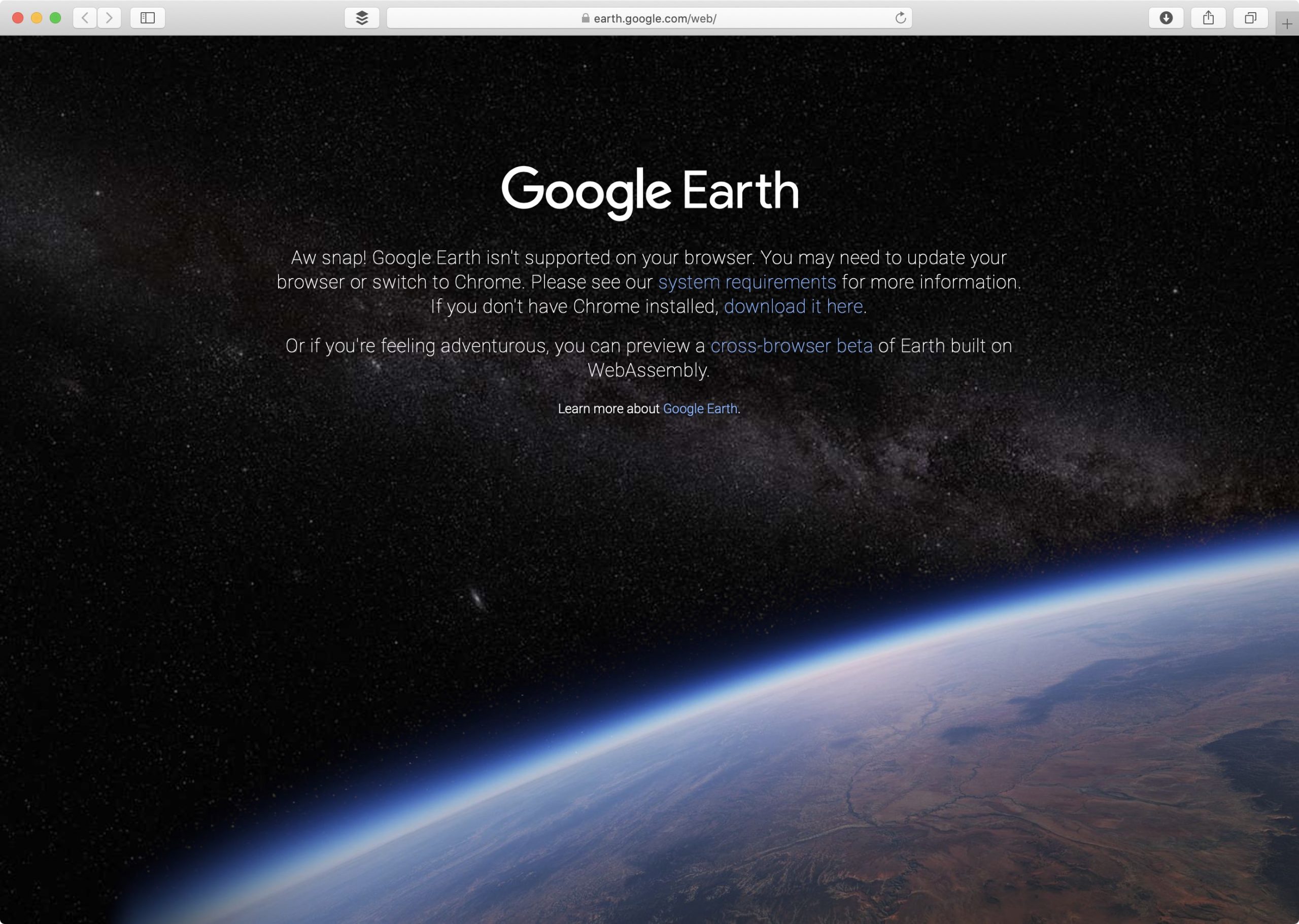 Google announced via a Medium blog post yesterday that its Google Earth web app now finally works in browsers other than its own Chrome app, such as Mozilla’s Firefox, Microsoft’s Edge and Opera Software’s Opera, but acknowledged that support for Safari is still being worked on.

According to the company, the Google Earth team continues work on bringing the Earth web app to Apple’s Safari browser, but cautioned that “we still have some work to do”.

We still have some work to do. Namely polishing our experience across all these browsers and adding support for Safari.

In 2019, the Mountain View, California-headquartered search giant said that the Google Earth web app would work in Safari once Apple added “better support for WebGL2” to its browser.

Google rolled out the redesigned Earth experience back in 2017 with a brand-new web app while dropping the desktop apps at the same time. It only supported Google’s Chrome-only Native Client (NaCl) technology because no better solutions were available at the time.

Since then, the search giant has updated Google Earth code to use the WebAssembly (Wasm) standard which makes high-performance apps like Google Earth possible on web pages.

Meanwhile, Apple customers can use the mobile Google Earth software on their iOS devices.