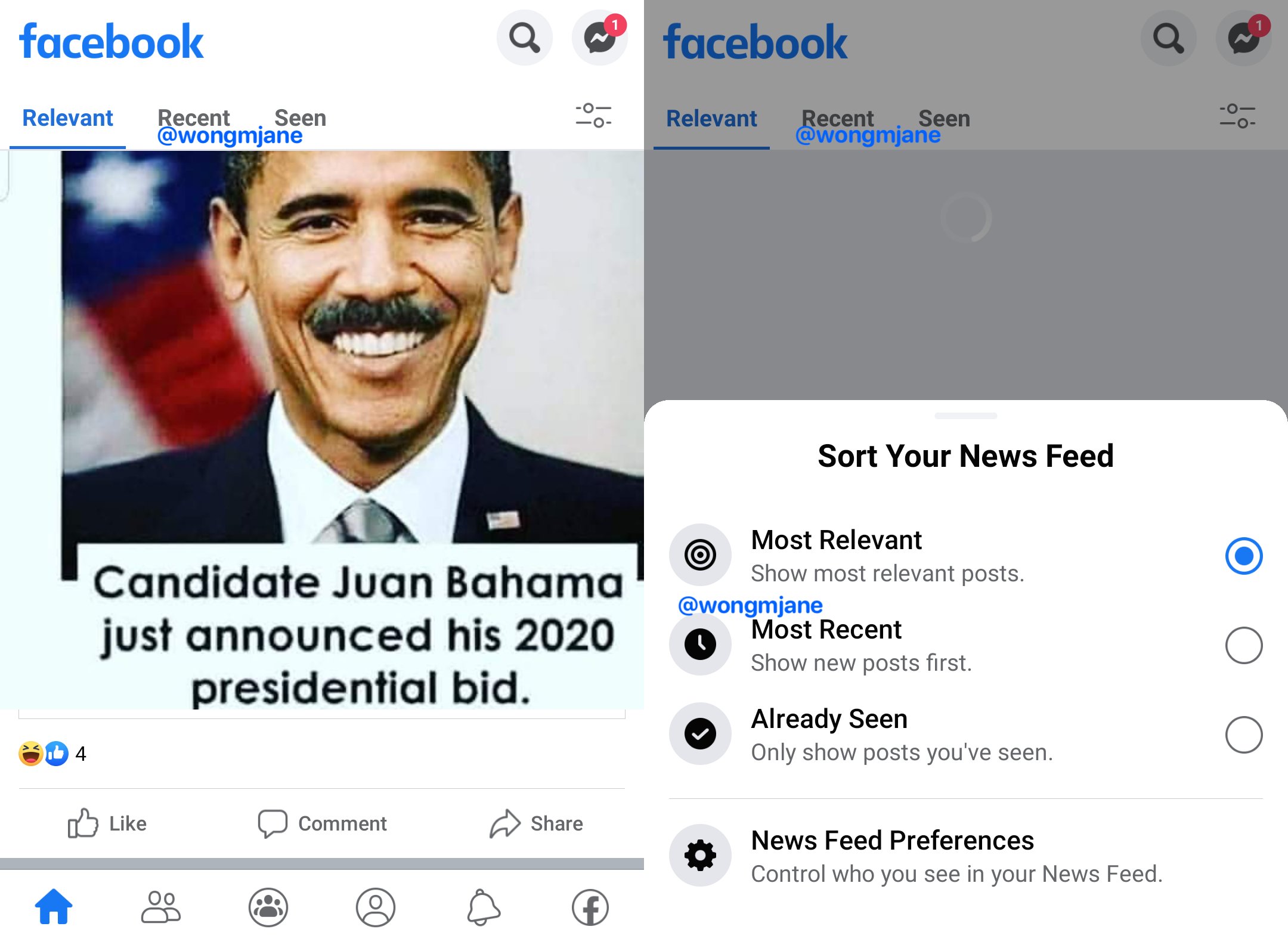 Facebook has internally prototyped a tabbed version of the News Feed in its mobile app that makes it easy to switch between algorithmic, sequential and chronological sequencing.

It was spotted by Jane Manchun Wong, who noted on Twitter that Facebook’s tabbed interface offers easier access to sequential, chronological and algorithmic News Feed ordering.

The company currently serves content in the News Feed algorithmically (Most Relevant), based on your likes and interactions on the platform that serve as signals for the algorithm to determine posts from friends that could be most relevant to your interests.

The company also offers a feed of previously-viewed posts (Already Seen) via the largely unknown URL facebook.com/seen that’s only available on desktop. On top of that, the social networking giant previously offered a sequential feed (Most Recent) that served the most recent content first, followed by reverse chronological posts.

The internal version of the News Feed for mobile lets you quickly switch between the default Most Relevant feed, the Most Recent feed and the Already Seen feed.

A Facebook spokesperson confirmed the test in a statement to TechCrunch:

You can already view your Facebook News Feed chronologically. We’re testing ways to make it easier to find, as well as sort by posts you’ve already seen.

Choice is good yet online giants like Facebook have worked to limit our choice as to how we consume content because they have vested interests to serve people algorithmically-optimized feeds to maximize engagement and advertising.

I truly hope Facebook will make this tabbed News Feed interface available to everyone and that other companies will follow in its footsteps and offer similar features.

Should Facebook offer users the option to escape its ranking algorithms, do you think?