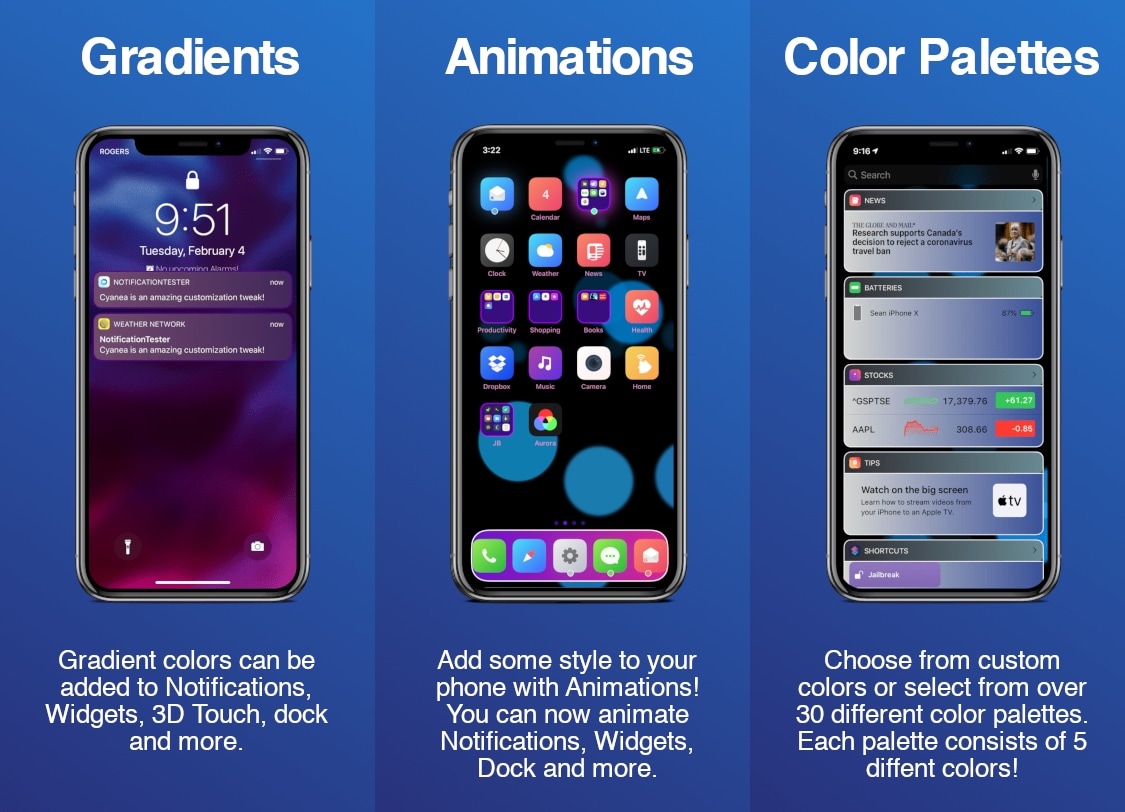 Cyanea is a newly released jailbreak tweak by iOS developer Sirius24 that incorporates a surfeit of fun new ways to customize your jailbroken handset’s system-wide aesthetics and behavior.

Cyanea is the highly-evolved successor of an older tweak called Chameleon that we showed you last year. It permits those users to personalize their device with custom color gradients, color palettes, animations, and more.

Upon installing Cyanea, users will find a dedicated preference pane in the Settings app:

Digging deeper, there are literally so many options for each part of iOS that we can’t even list them all out for you. That said, we’ll let the screenshots do the talking: 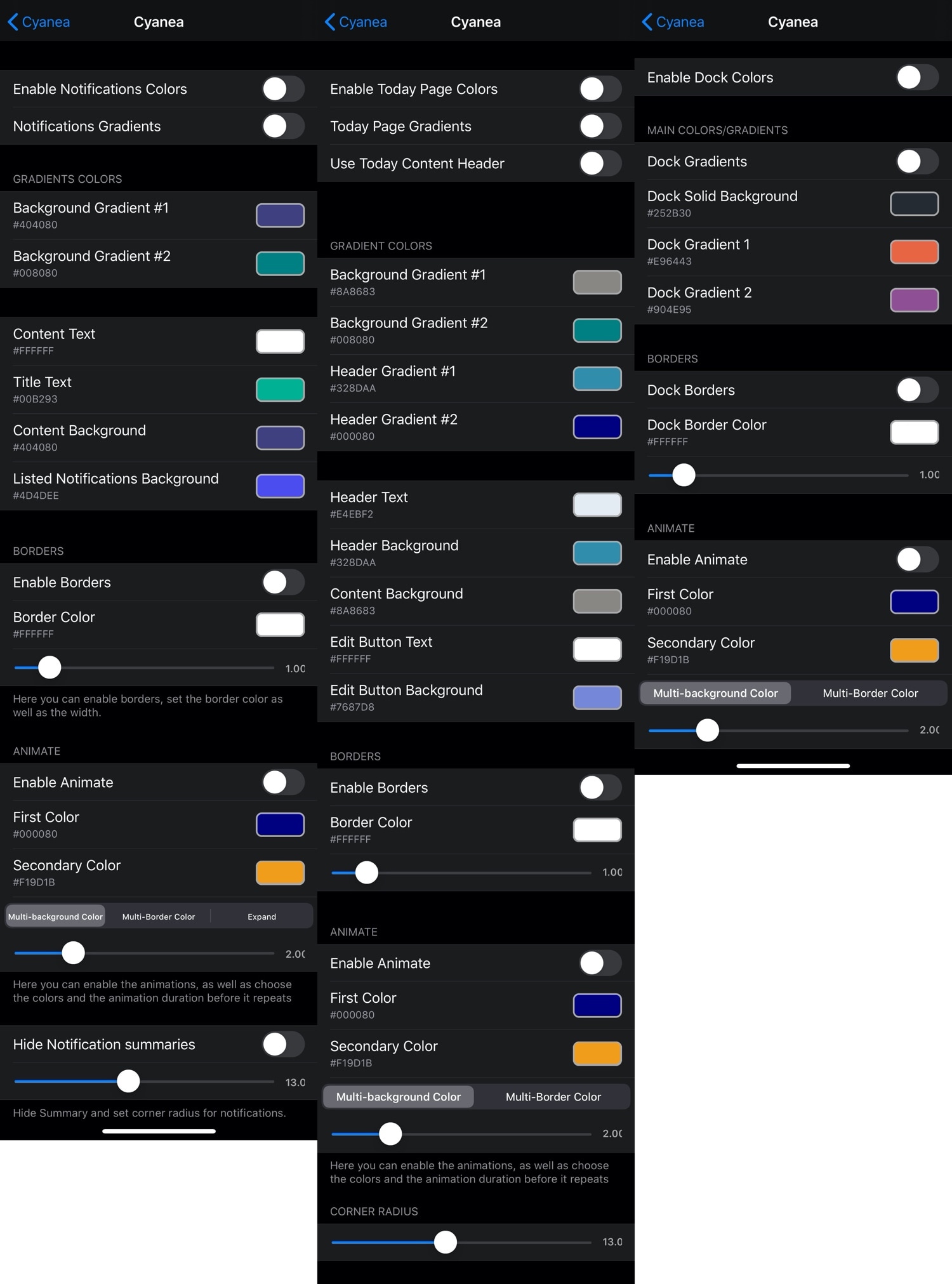 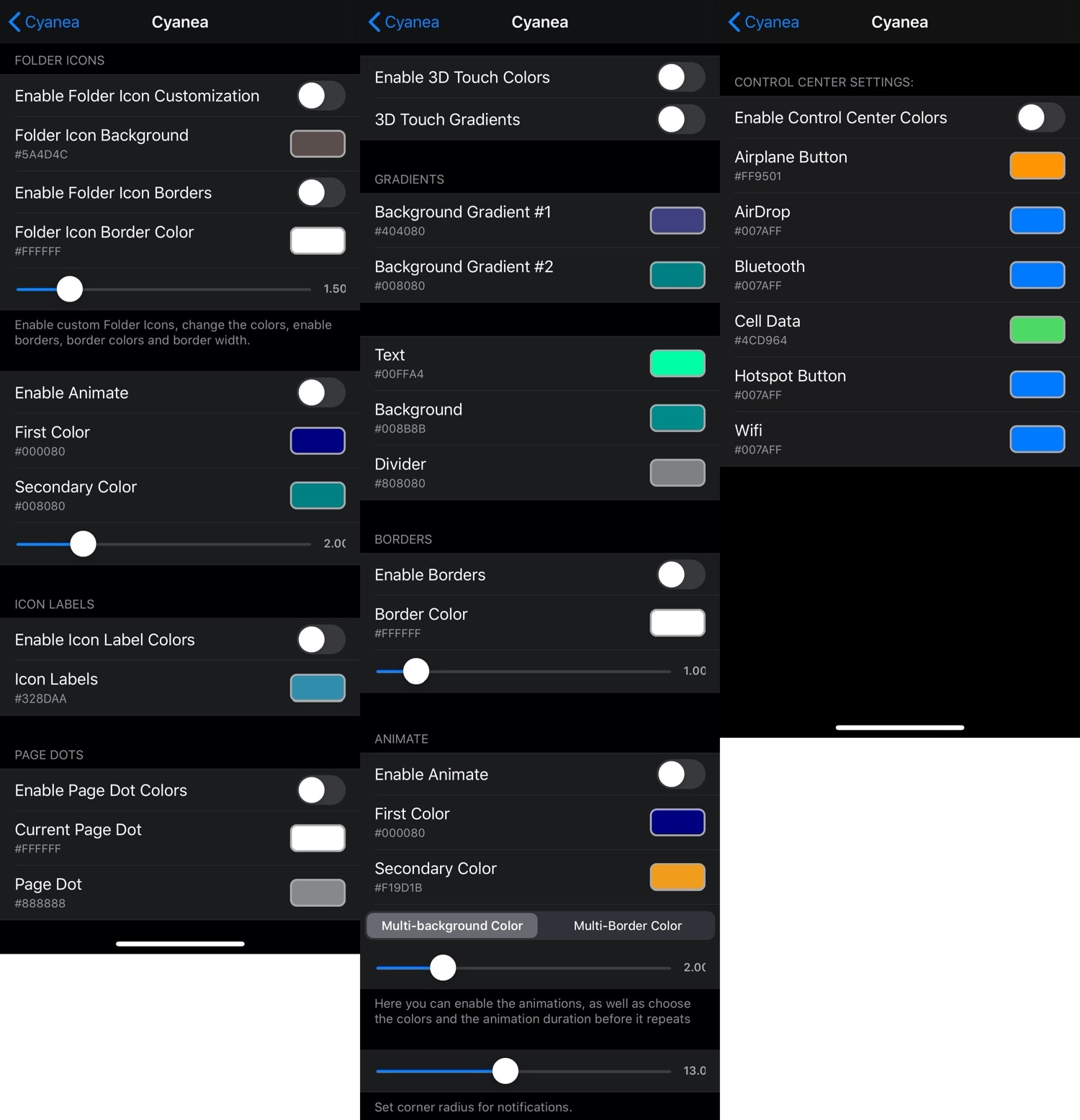 In case you hadn’t noticed, Cyanea offers a lot of bang for your buck through high-volume configuration. Each section of the tweak’s preference pane provides various options for achieving the custom look that you might’ve been searching for. Best of all, it can  make your jailbroken device stand out from the crowd so that you can be the envy of all your friends.

While some people like having this much control over their device, some (admittedly myself included) tend to shy away from the effort required to configure so many settings to get my device looking the way I want. That said, if you’re one to do a lot of UI tinkering, then Cyanea might for you. Minimalists, on the other hand, may find themselves overwhelmed with the option choices.

If you’re interested in giving Cyanea a try, then you can purchase it from the Packix repository for $0.99 via any package manager you might prefer. This is a limited time introduction price, after which it will rise to $1.99. It’s also worth noting that the tweak supports jailbroken iOS 12 and 13 devices.

Will you customize your jailbroken handset with Cyanea, or are you already using some other colorization tweak? Let us know in the comments section below.