It was only yesterday that Pwn20wnd released unc0ver v4.0.0 to the general public with official support for iOS 13.0-13.3 on A12(X)-A13 equipped devices. In doing so, unc0ver became the first public jailbreak to support A13 devices, and also the first public jailbreak to support iOS 13 on A12(X) devices. But that’s old news now.

On Sunday, Pwn20wnd released a small update for the unc0ver jailbreak, officially bringing it up to version 4.0.1. The hacker announced the latest update via Twitter earlier in the afternoon: 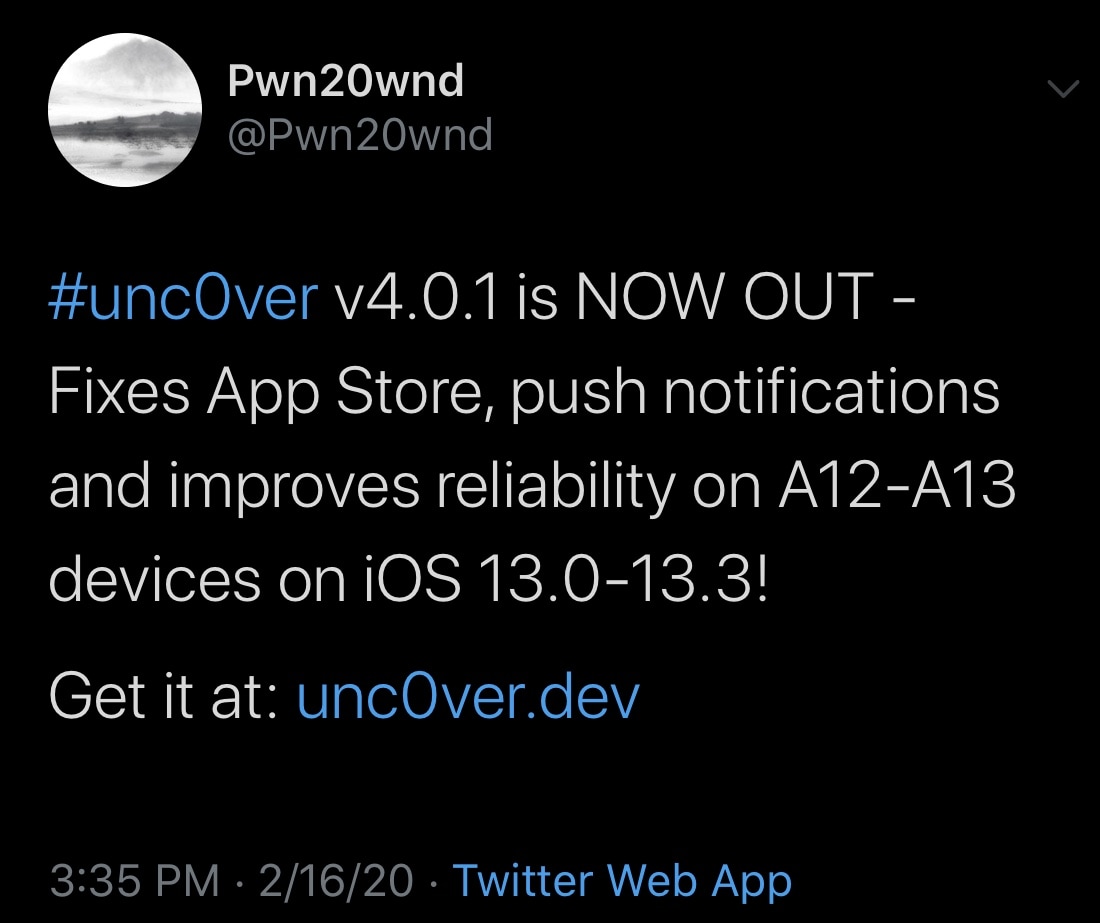 Citing the change log for unc0ver v4.0.1 on Pwn20wnd’s official GitHub page, this release isn’t a particularly big one, but it does contain some notable bug fixes and improvements, including:

One thing worth noting is that this release has not been tagged as a ‘public beta’ by team unc0ver as initial releases typically are. That aside, it hasn’t yet been 24 hours since the public got its hands on the new jailbreak, and we’d advise erring on the side of caution if you intend to try it. This is because bugs tend to present themselves over time, and only through time will the tool improve.

If you were already using unc0ver v4.0.0 when it got released, then we’d recommend updating such that you can take advantage of the latest bug fixes and improvements. Unc0ver v4.0.1 is available to download from the official unc0ver.dev website and can be installed with AltStore and a valid Apple ID.