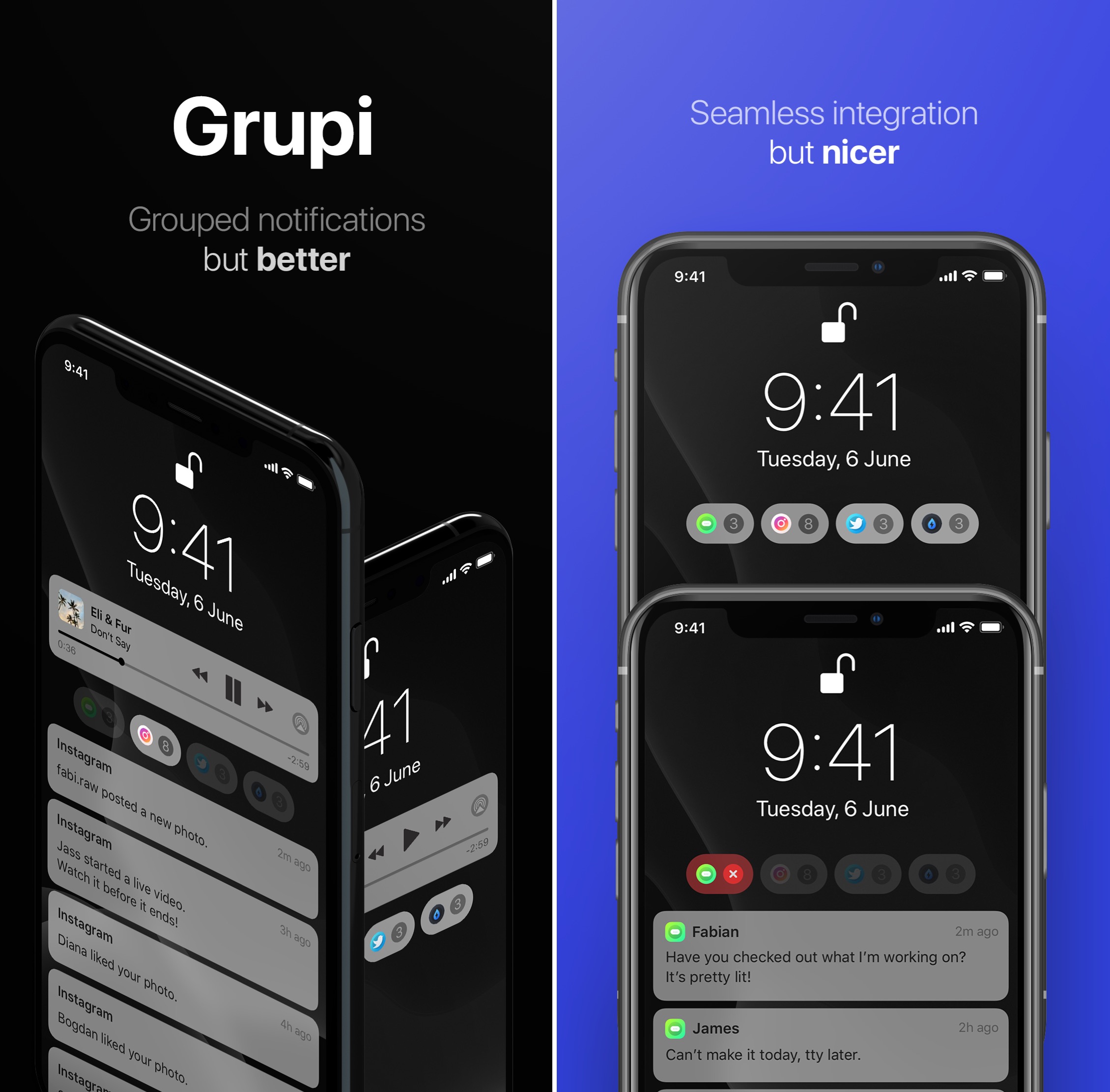 iOS’ notification system is long overdue for a visual overhaul, and it remains to be seen if Apple is working on any sort of first-party solution to this popular grievance among iOS device users.

Fortunately for jailbreakers, a newly released jailbreak tweak called Grupi by iOS developers Soongyu Kwon and Timeloop spearheads an effort to make iOS’ notification experience a whole lot better without needing to wait for an official solution from Apple.

If you haven’t already noticed from the screenshot examples above, Grupi is essentially a modernized take on the incredibly popular Priority Hub tweak from almost six years ago. The tweak organizes your missed notifications by app on the Lock screen, making it easier to filter important notifications from less important ones.

There’ve been countless attempts to recreate this tweak in recent memory, but if you’re jailbroken on iOS 13 with checkra1n, then Grupi just might be your best bet at resurrecting this well-received functionality on the latest software.

Once installed, Grupi puts a preference pane in the Settings app where you can configure the tweak to your liking: 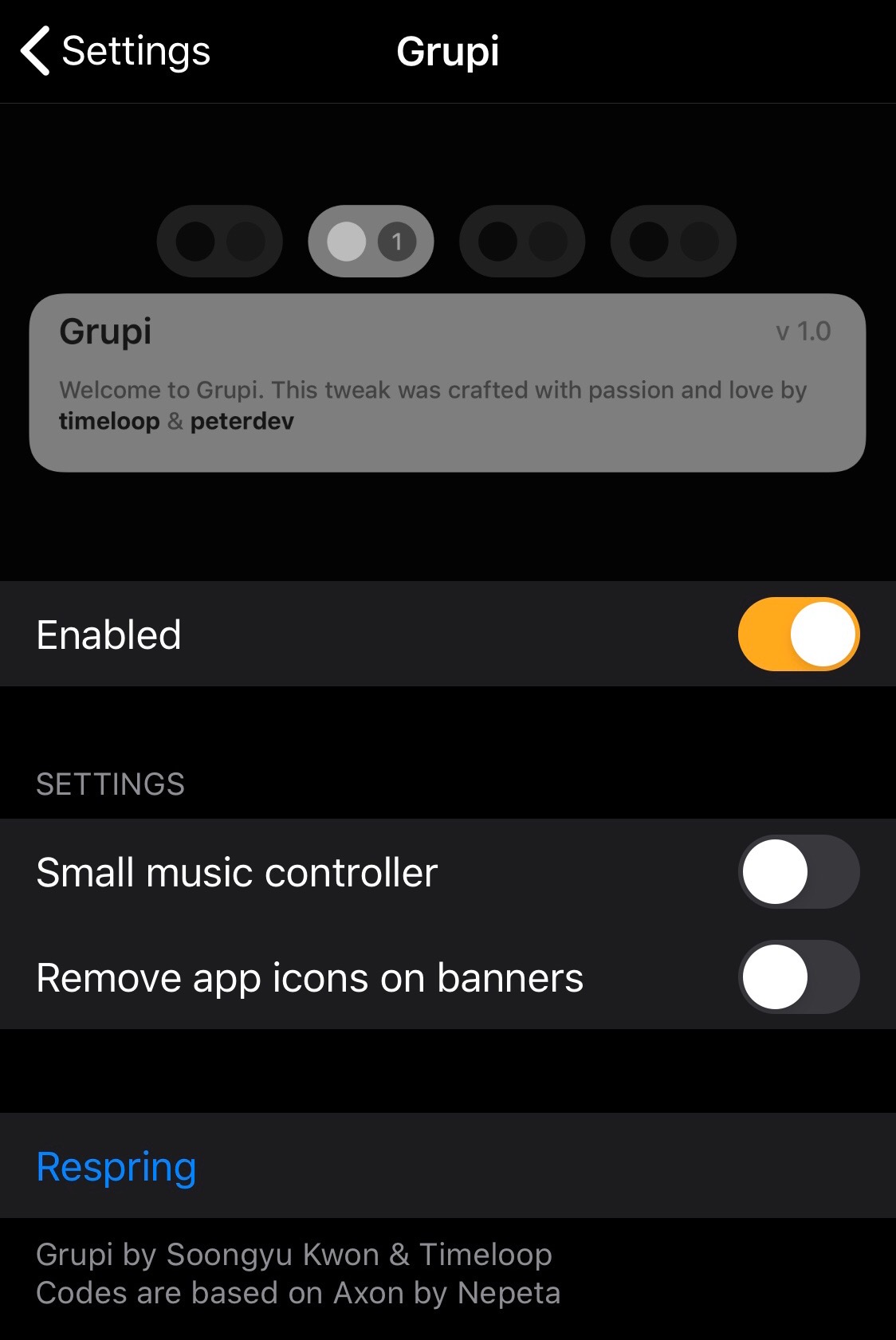 The developers include a Respring button at the bottom of the preference pane so that you can save any changes you make. Apart from the aforementioned options, the tweak basically works as advertised right out of the box, keeping things simple for the end user in the process.

Those interested in augmenting their iPhone or iPad’s native notification experience can purchase Grupi for $1.99 in the Packix repository. The tweak is compatible with jailbroken installations of iOS 11, 12, and 13.

Do you like what Grupi brings to the table for jailbroken handsets? Discuss in the comments.