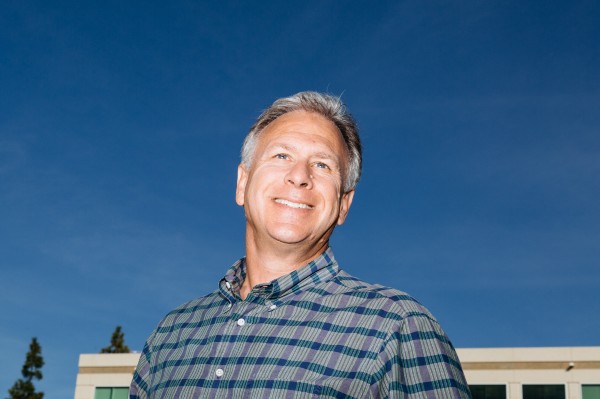 Phil Schiller is a powerful presence at Apple, and has been for years, so it’s not surprising the company’s head of marketing has some insight into the development of the original iPad.

What many wanted to write off as simply a “bigger iPhone” when it was unveiled in 2010 eventually became a dominant force for Apple in the following years, and has become the defining piece of technology in the tablet market. So what did it look like on the inside as development began for the original iPad? Schiller gives us a glimpse.

It’s an interview held by The New York Times in a piece entitled “The Decade Tech Lost Its Way”. It looks over various major moments connected to the tech industry leading into 2020, including privacy expectations, Facebook, Google, Apple’s Siri and the company’s dealings with the Federal Bureau of Investigation. It’s a sweeping piece and absolutely worth a read.

But, first, the iPad.

Schiller and Mossberg on the original iPad

In an effort to drop the cost of the company’s tablet, sacrifices had to be made in comparison to the company’s laptops. To get there that meant removing the clamshell design and the physical keyboard. The goal? To get something that would start below $500:

The project started being out, ‘O,K., what is a future computer device that can be under $500, that is something we’d be proud of, that has Apple quality and an experience we’d love?’ Very quickly the team and Steve came to, ‘Well, if we’re going to get to a price point like that, we need to remove things aggressively.’

It also led developers to work on multitouch technology. Of course, multitouch would be a defining element of the iPhone, but it would also help the iPad stand out, too.

And so the team started working on multitouch technology. During that process, a human interface designer, Bas Ording, showed us this demo where he pretended to scroll and the whole screen moved up and down with realistic physics. It was one of those ‘holy crap’ moments.

Apple launched the iPhone before the iPad, and Schiller says it was an easy thing to determine what to bring from the smartphone to the tablet:

When we got back to iPad, it was really easy to imagine what to take from iPhone and what needed to be different to create the product it would be. It really helped.

Walt Mossberg was a friend to Steve Jobs, so it’s not surprising that the renowned journalist was able to get a peek at the iPad before it launched. Mossberg was impressed by the device, and even more so when he found out just how much it would actually cost:

Then what really impressed me was the price. He asked me to guess. I guessed $999. He gave me this wicked smile, and he said, ‘You’re going to be really amazed if that’s what you think. It’s way lower than that.’ I said, ‘Well, how much?’ He wouldn’t tell me.

But it turns out the original iPad was $499 at launch — exactly what Apple had intended right out of the gate.

By now, digital assistants are all over the place. And that proliferation is thanks, at least in part, to Apple launching its own option, Siri. The development of that feature was made possible by the acquisition of the company that originally developed Siri. Adam Cheyer was the co-founder of that startup and weighed in on Siri’s launch:

When it came out, I went with a group of Siri employees to an Apple store to see what the vibe was. They had set up this plasma display on the front wall, just to the right of the door, showing Siri. I got these chills down my spine.

And after the initial shock wore off, and it was obvious people were ready to welcome Siri into their lives, it came down to that sense of accomplishment.

Ultimately, I think we showed the world two things that they didn’t know before: One that it was possible. The challenge of being able to understand speech — I don’t think most companies at the time, Google and others, thought you could really do it at that scale. It’s like a diver in the Olympics who does the first quadruple flip. The second thing we showed was that users would like it, that this was an appealing interface concept.

When Steve Jobs died due to complications related to pancreatic cancer, Tim Cook was tasked with taking up the reins and moving Apple forward. But, unsurprisingly, there was some speculation that Cook was just too different from Jobs, and that things would go awry.

Well, Regis McKenna, who helped bring Apple to life back in 1976, weighed in on that topic:

When you sat in a meeting with Steve, he dominated, and he would tell you to shut up and let someone he wanted to hear from talk. Tim was completely the opposite. He listened to everybody no matter what you had to say, and he would come back to challenge them on things. There was a lot more openness and freedom to bring new ideas to the surface.

And, indeed, Apple has changed quite a bit since Cook took the role of CEO.

The full piece from the NYT is absolutely worth reading. So go check it out.