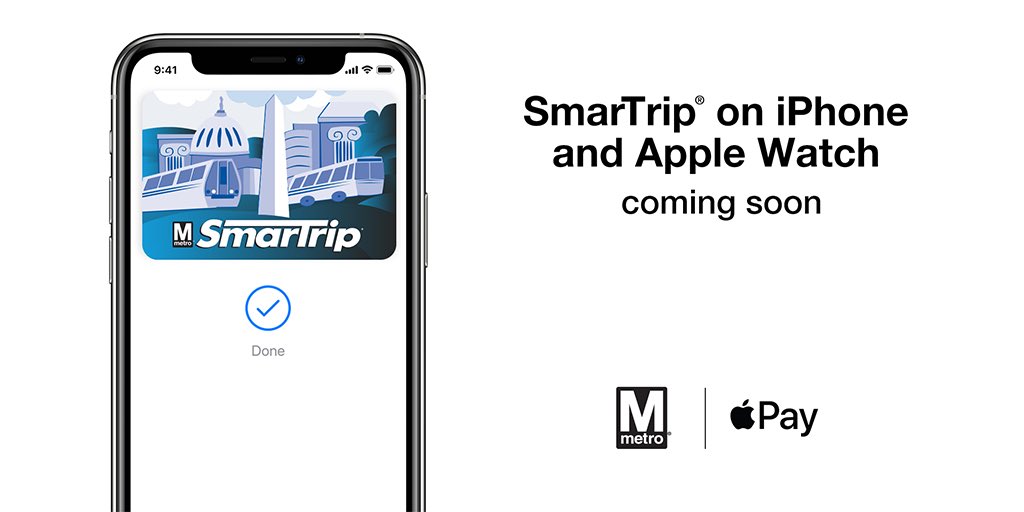 Apple Pay and the Express Transit feature continues to expand across the United States, with the Washington, D.C. metro area next on the list.

Announced today via the official Washington Metropolitan Area Transit Twitter account (via MacRumors), Apple Pay with Express Transit will officially be available to public transit riders beginning in 2020. Unfortunately, while the announcement reveals the 2020 launch, there is no specific launch window just yet. So it could be early 2020 or sometime in the back half of the year, too.

When the support does launch, public transit riders will be able to load their SmarTrip fare card to the official Wallet app. Once it’s added, they will be able to simply hold their iPhone or Apple Watch up to the terminal with its contactless payment reader to cover their fare.

The service will be supported in the Washington, D.C. metro area’s Metrobus bus lines and Metrorail stations.

And with Express Transit, riders will be able to quickly tap-and-go without having to authenticate their purchase via Face ID, Touch ID, or with a passcode, making the whole process a bit faster.

As mentioned above, these features continue to gain support across the United States. Earlier this week, for instance, Apple Pay and Express Transit arrived at New York City’s Penn Station — and it will be available in many, many more stations in the area before the end of the year.

This is definitely good news for public transit riders in the Washington, D.C. metro area. If you happen to live in a region where this is supported, have you been using it?