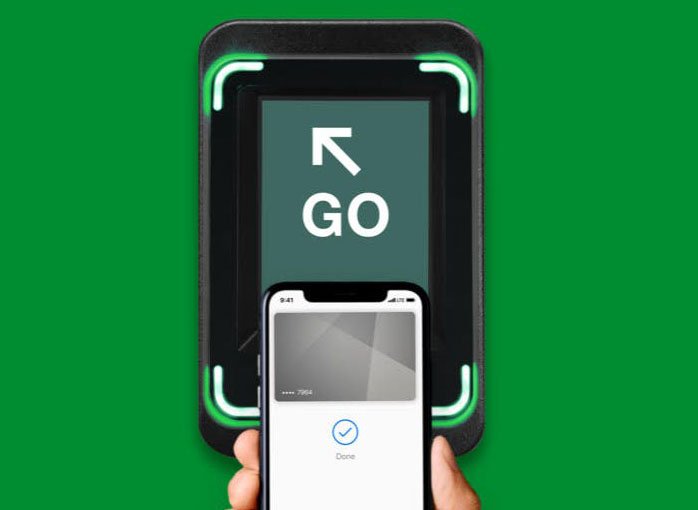 Being able to quickly and easily pay for public transportation is one of the strengths of Apple Pay, and now it’s (finally) supported at one of the largest hubs in the United States.

Today is yet another momentous occasion in the continued rollout of OMNY, the MTA’s game-changing contactless fare payment system,” said NYC Transit President Andy Byford. “Penn Station is one of the system’s busiest subway stations and will allow hundreds of thousands of commuters the opportunity to tap and ride using a device or contactless card of their own choosing, including customers arriving on the Long Island Rail Road, New Jersey Transit, and Amtrak, who connect with the subway system here at Penn Station.  Chase, Visa and other partners have done an immense amount of work to help spread the word about OMNY and we’re thankful for their support.

The MTA confirms that the OMNY readers are available at 18 different turnstiles at Penn Station, servicing A, C, E lines, along with the 1, 2, and 3 lines. There are a total of 96 OMNY readers in total.

But there’s more! The announcement today also confirms that expansion is still in the cards, and, by the end of this month, tap-and-ride users will be able to use a total of 85 different stations through the MTA system. Beyond that, the MTA plans on expanding contactless payment support to all of its 472 subway stations and the bus routes before the end of 2020.

Apple Pay support via MTA public transit kicked into gear in May of this year. And of course, Apple Pay’s Express Transit is supported in this rollout as well. Here’s how to use it.

MTA-operated buses will support Apple Pay in Manhattan beginning in March of next year.

It’s worth noting here that OMNY supports pay-per-ride, full-fare use right now. As the rollout for support continues, though, MTA will be adding additional fare options. That includes unlimited ride passes.