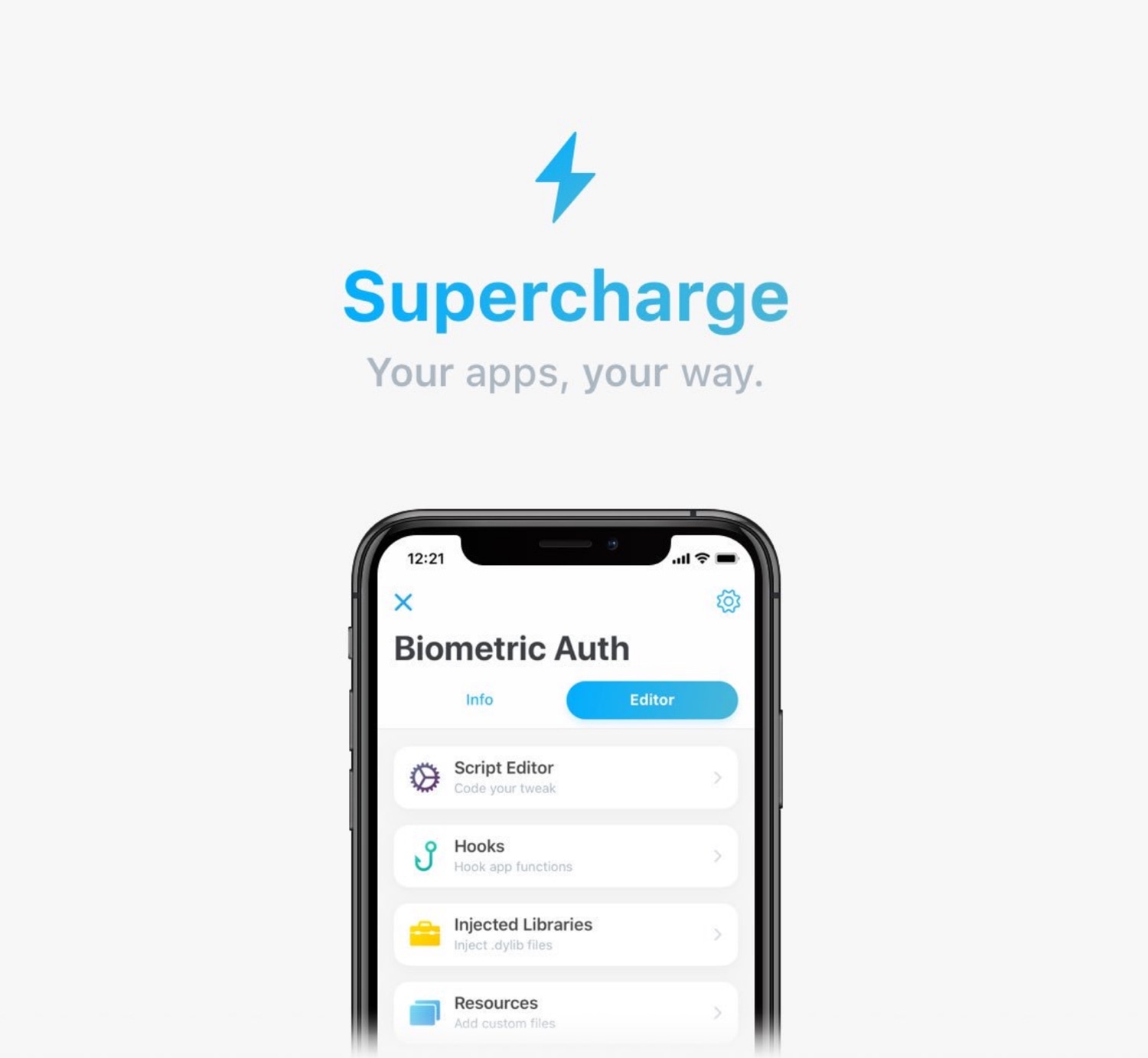 Tweaking your iOS device may soon become significantly easier with the introduction of an exceptionally captivating project dubbed Supercharge led by iOS developer Kabir Oberai and designer Alessandro Chiarlitti, and contributed to by others.

Supercharge aims to become a platform that will make the process of tweaking your iPhone or iPad easier, whether you’re jailbroken or not. The work is being advertised as an innovative new tweak editor that will empower users with the ability to create and modify tweaks without writing a single line of code. Moreover, users will be able to share their works with other Supercharge users. 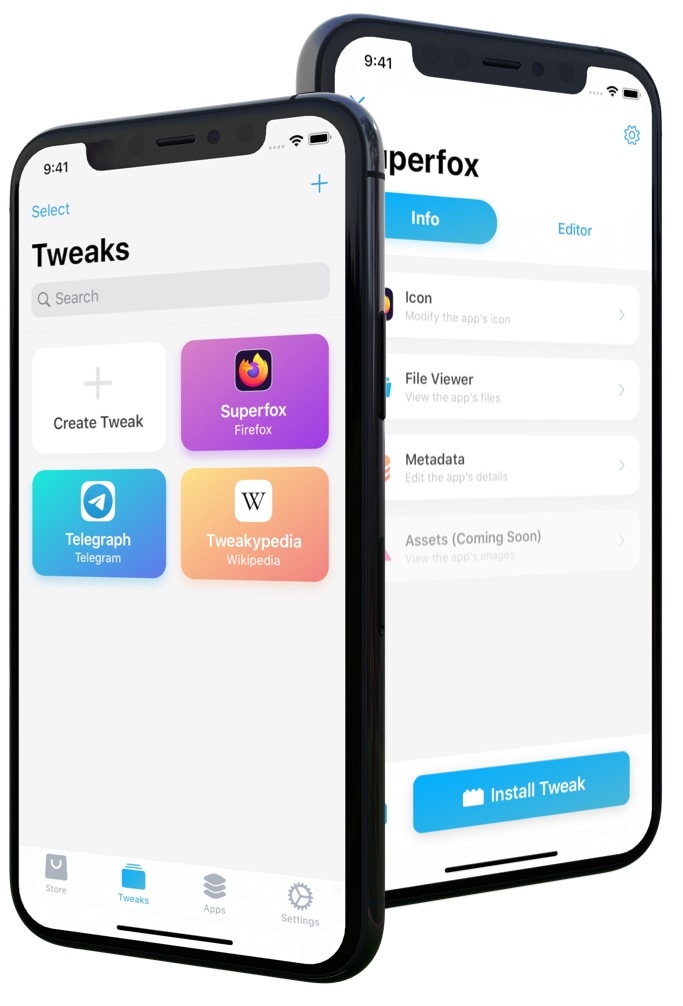 For those who do prefer to write code, however, Supercharge purportedly comes equipped with a brand new programming language in mind. The new language, dubbed ObjectiveScript, is purportedly based on both JavaScript and Objective-C and is specially designed for tweaks. The developers say that anyone familiar with app or web development should have no problem understanding and using the new ObjectiveScript language.

When I first heard about the project, I immediately thought about Flex 3, a comparable platform that lets users modify their device(s) without sporting extensive knowledge about how to code a jailbreak tweak. Likewise, it allowed users share patches with one another, a feature that Supercharge brings to the table as well. The bigger question here appears to be ‘how will it compare?,’ and according to Oberai, Supercharge offers significantly more powerful process hooking than Flex 3.

We’ll have to wait for the official public release to better understand what users and developers think about the Supercharge user experience, but one thing I found particularly interesting from the project’s web page is that Supercharge will be available for jailbroken devices initially and then made available to non-jailbroken devices sometime in 2020.

Perceptibly, the non-jailbroken version won’t be able to install jailbreak tweaks, per-se, but it will be able to install modified .ipa files without a computer, which the developers claim is something that has “never been done before.” And for those who might be wondering, this includes the likes of A12-A13 devices including but not limited to the iPhone 11 Pro – some of Apple’s latest at the time of this writing.

Here are some interesting FAQs from the product’s web page:

Q: What can I do with Supercharge?

A: Short answer: a lot.Long answer: ever wished <app> could do <thing>? With Supercharge, you don’t need to wish anymore. For example, if you want to add a password lock to an app that doesn’t already have it, you can do that with Supercharge.

Q: Why is this version a “Preview”?

A: While Supercharge is fully usable at present, we plan to add a lot more features in the near future – primarily the store and support for non-jailbroken devices. The Supercharge Preview is effectively a beta sneak peek.

Q: What’s the difference between Supercharge tweaks and traditional tweaks?

A: While we have plans to monetize the Supercharge Store, we plan to keep the core product 100% free, forever.

Q: How will the non-jailbroken version work?

A: The gist of it is that you give Supercharge a .ipa file, which it then injects with the tweak you want to use. Following this, it “codesigns” the app using your Apple ID, and then installs it using a new technique that we discovered.

Q: Can I modify system apps with Supercharge?

The Supercharge Preview is currently available for users of jailbroken devices to try out for themselves, albeit with limited functionality as it’s in beta stages. To get it, you need only add the following repository to your preferred package manager and then download the Supercharge Preview:

Are you excited about how Supercharge might revolutionize device customization? Discuss in the comments.