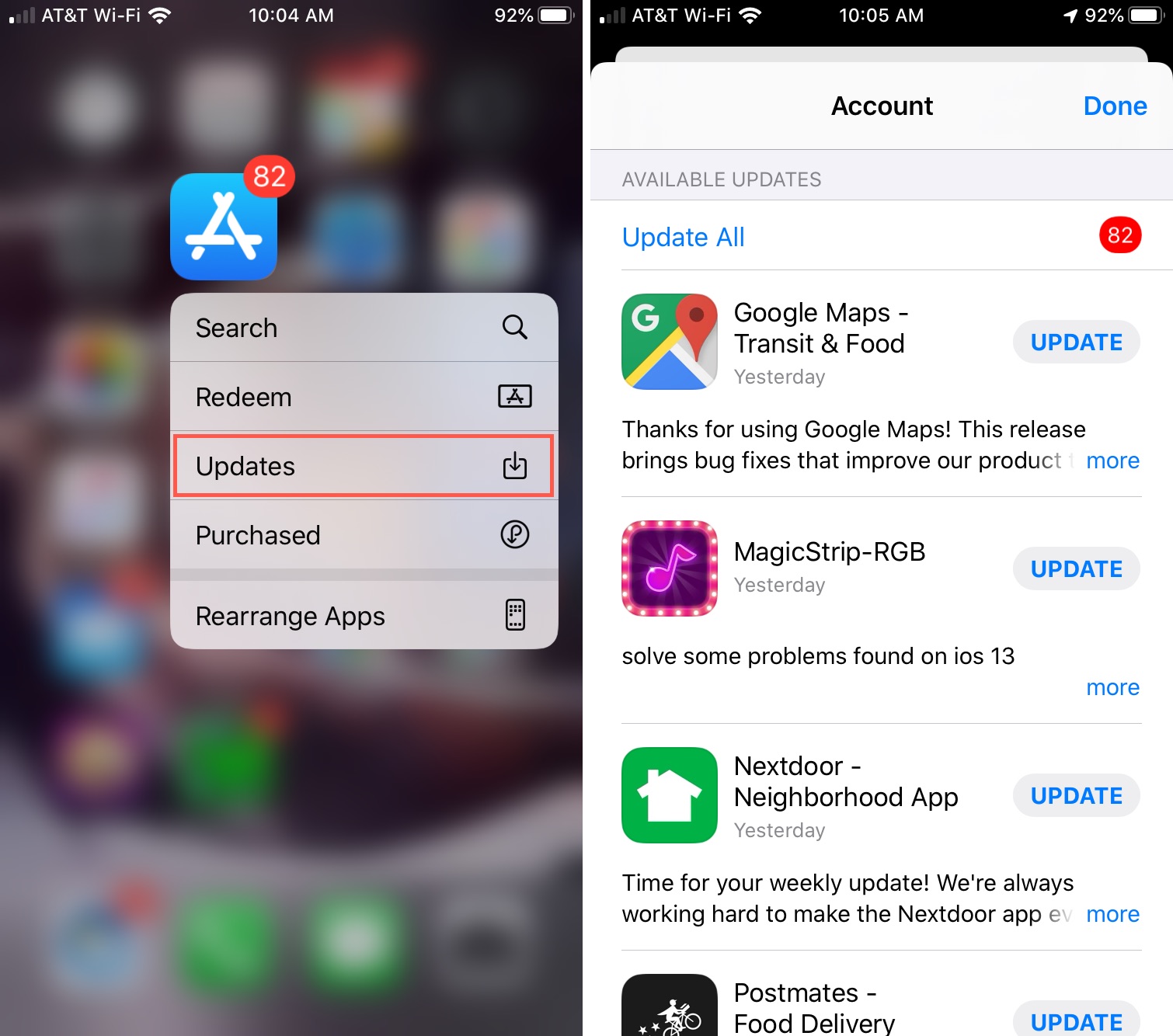 At some point recently some iPhone users discovered that their phones were not updating apps. App Store updates don’t seem to be pushing out, and users are having trouble forcing them too. Are you among them? Read on for details.

At some time in the last few days something went wrong with the App Store update process, at least for some iPhone users. Many are taking to social media and discussion forums to complain about apps that seem to be stuck waiting for updates.

@AppleSupport Since updating my iPhone 11 and iPad Pro 9.7 to #iOS 13.2.3 and #iPadOS 13.2.3 all available app updates can no longer be installed from the App Store. Triggering them leads to an automatic stop w/o further feedback.

Among those casualties is own dear leader, Sébastien:

New in iOS 13.2.3: even after restarting my iPhone, I cannot update apps at all. All I can do is watch the red badge on the App Store app increase as more updates become available.

It doesn’t seem specific to iOS 13, either:

Update: situation unchanged, now 29 pending app updates. Except for updating to iOS 13, I’m out of ideas here. Does iOS 13.2.3 still have egregious bugs I should be aware of?

iOS 13 changed the app update behavior of iPhones. To make room for Apple Arcade games, Apple got rid of the Updates tab in the App Store app. In fact, it’s confusing enough that we even created a how to so you can find your updates again:

UI changes to the App Store aside, the problem of apps not updating when they’re supposed to is an entirely different problem. A problem with no clear solution at present. Users have tried everything from force-quitting the App Store app to rebooting the iPhone, to signing in and out of Apple services again. But those afflicted are still running into problems.

To add to the confusion, it’s not happening to everyone. In fact, my 13.2.3 update on my iPhone XR went just fine, and I was able to download any apps that needed to be updated without incident.

Still, it’s happening to enough folks that it certainly gives pause that there’s something afoot, either with the App Store or the update process, to cause these problems. People have been complaining to the Apple Support account on Twitter, but so far there doesn’t seem to be a consistent fix.

Are you having trouble? Have you found a fix? Let us know in the comments.