Despite the recent and controversial announcement that Sileo’s development had been ‘suspended until further notice,’ project lead developer CoolStar appears to have since overturned that declaration. Thursday evening, CoolStar announced a second update to the alternative package manager since that announcement, formally bringing it up to version 1.5.2.

Surprisingly, the official @GetSileo Twitter page didn’t make mention of the latest Sileo update, but it’s worth noting that CoolStar posted a memo about it not too long ago in his official Discord channel: 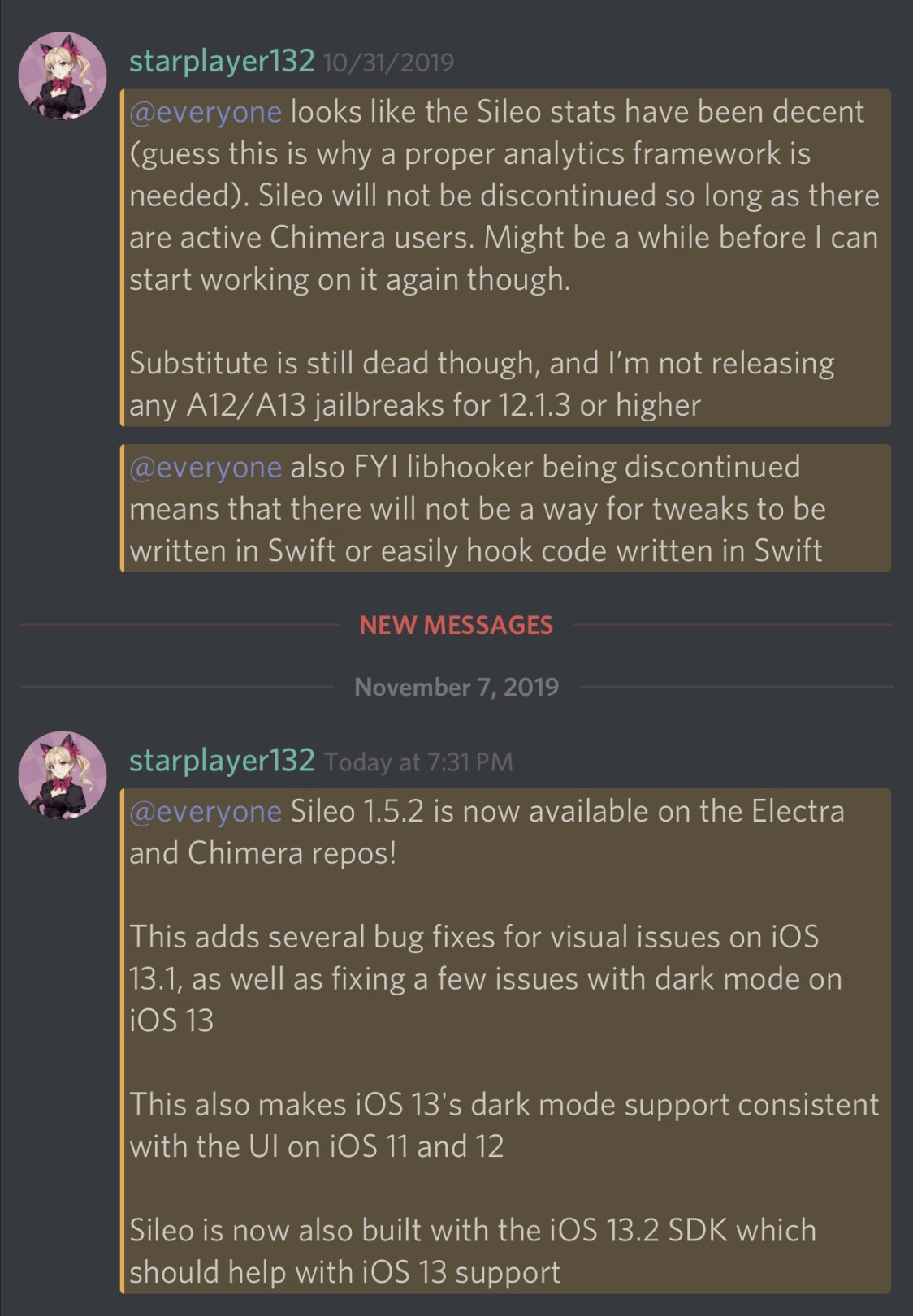 From what we can gather, Sileo v1.5.2 incorporates the following changes:

This Sileo update is currently available to all Chimera and Electra users via their jailbreak’s native repository in the Sileo app. Installing the update will force-quit Sileo for changes to take effect, necessitating users to restart the app afterward.

As we noted in the previous update post, Sileo picked up anonymous analytic reporting that would be used to gauge Sileo’s usage statistics for future development consideration. It appears that the stats were decent enough for CoolStar to cancel the project’s suspension, and he has since gone on to explain that development on Sileo will continue for as long as there are active Chimera jailbreak users.

One thing worth noting, however, is that CoolStar still plans to nix Substitute from his Electra and Chimera jailbreaks, and will instead be implementing libsubstrate for tweak injection as it appears to be more compatible with the vast majority of jailbreak tweaks. This transition should be mostly seamless for users, and beneficial from a compatibility standpoint.

Have you installed the latest version of the Sileo package manager yet? Let us know in the comments.