It was just last week that Sileo Team lead developer CoolStar announced a controversial development hiatus for the Sileo package manager on the Chimera and Electra jailbreaks. But in an unforeseen turn of events, another update was released late last night.

As shared by the official @GetSileo Twitter page, Sileo v1.5.1 is now available for users and brings new bug fixes and improvements to the app’s user experience: 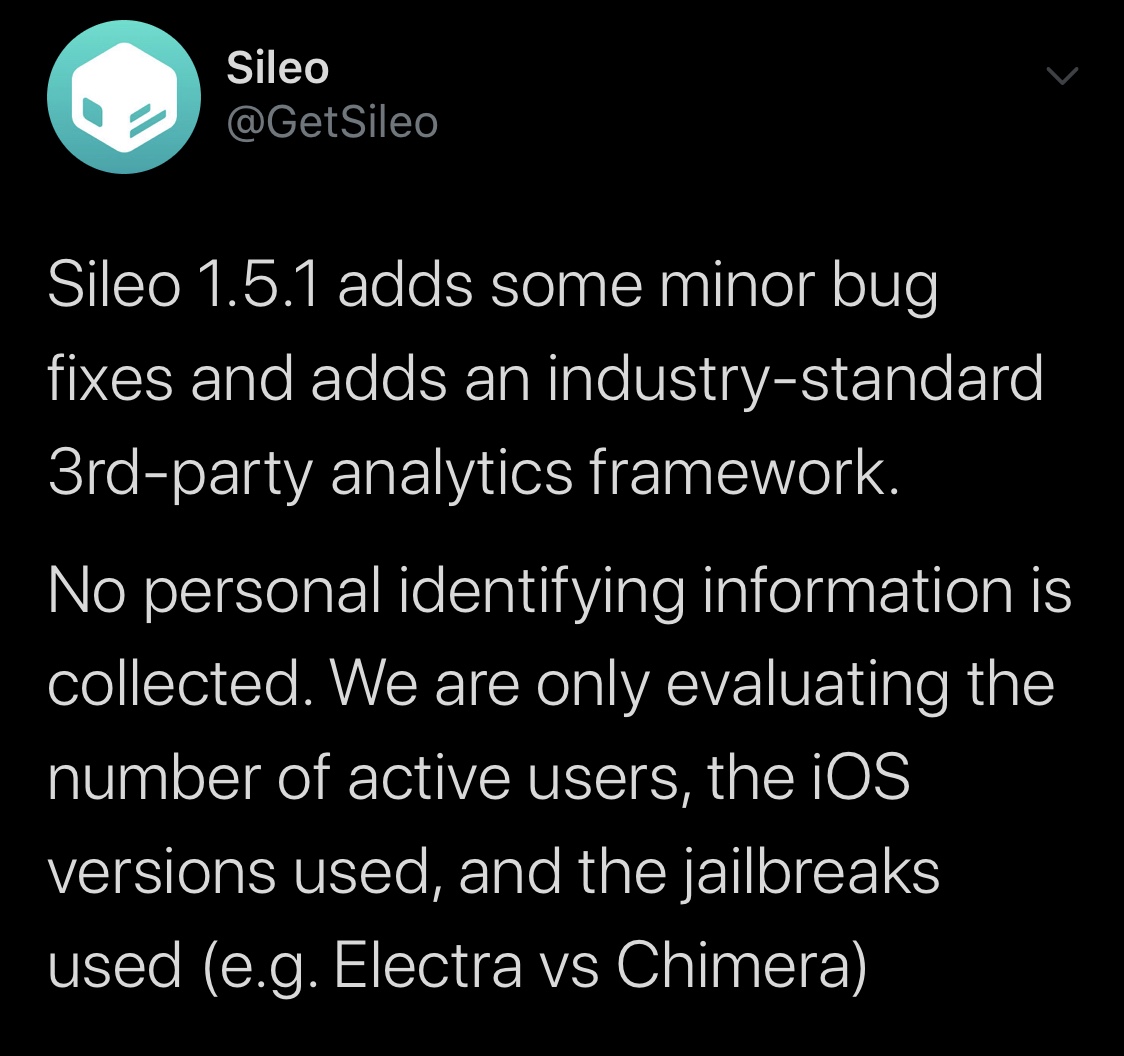 Neither the Tweet nor the official change log go into much detail about the bug fixes that have been implemented, but we can also gather from the Tweet that Sileo v1.5.1 adds a framework for analytics and that it won’t collect any personally-identifiable information as it does this. The Sileo Team claims these analytics will provide insight to the team about the number of users, versions of iOS, and which jailbreak tool was used.

It remains to be seen why such analytics would be necessary, however it’s worth noting that CoolStar’s interest has been gravitating more toward the new checkm8 exploit than working on Chimera and Electra. Moreover, there’ve been some unofficial Sileo forks for unsupported jailbreak tools released in recent memory, and it’s entirely possible that the Sileo Team wants to monitor these circumstances.

As always, users of the Chimera and Electra jailbreaks will find this update in the native Chimera or Electra repository after refreshing their sources. Installing it will require that users restart the Sileo app, but nothing more.

Have you downloaded the newest version of Sileo yet? Let us know in the comments section.