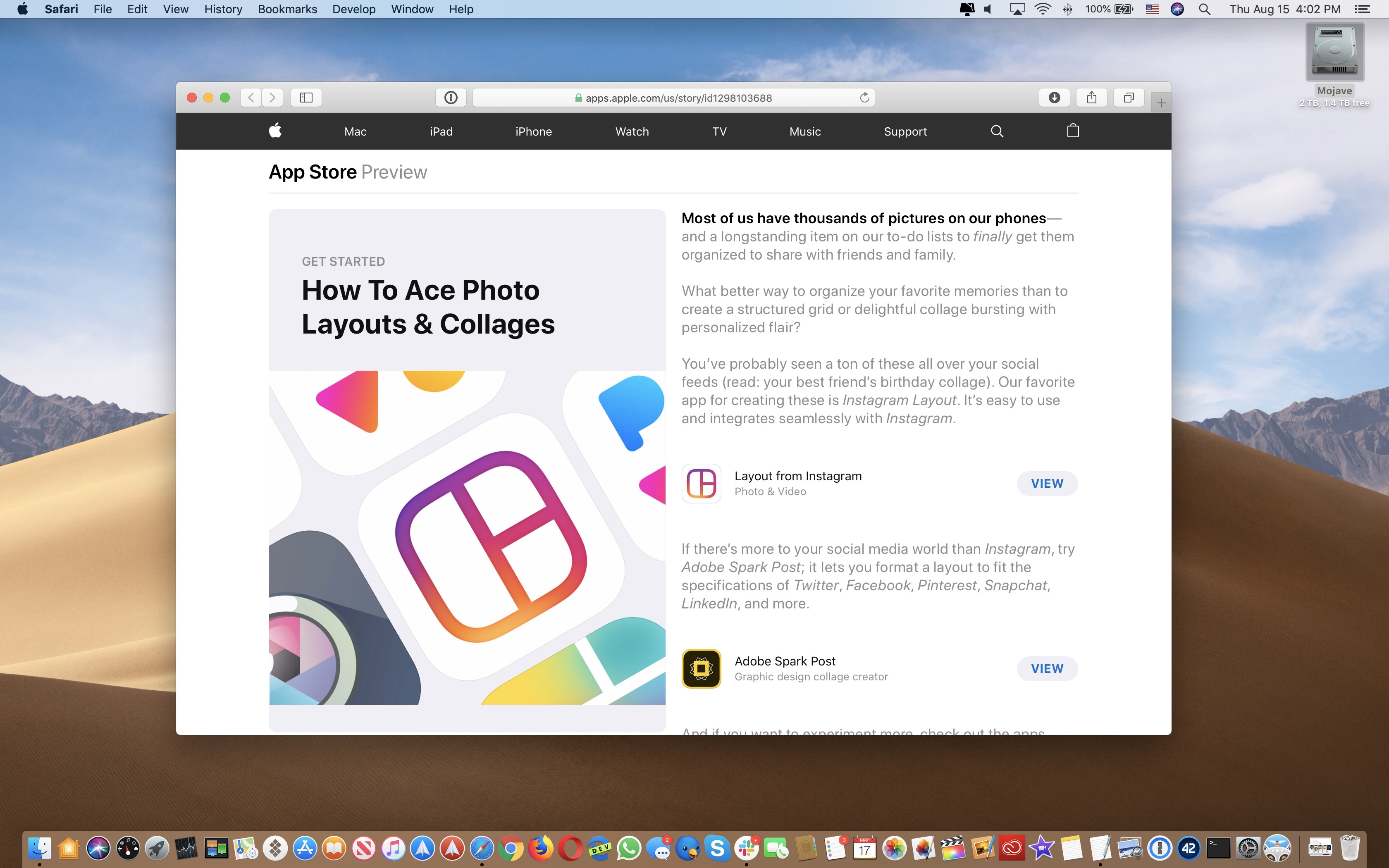 Apple made a big deal on its recently quarterly earnings call with analysts about the strong growth it’s seeing specifically in its Services segment. It got me thinking about how uneven Apple’s efforts have been in this respect. Case in point: Look at the sad, pathetic state of the Mac App Store these days.

The Mac App Store has been around for eight years now. It launched in early 2011 for users of the Mac’s Snow Leopard operating system software, and has hung out in the Docks of millions of Macs since then. Apple positioned the Mac App Store as a secure, safe way to buy trusted software for the Macintosh, using the same secure credentials and payment method that you use to buy music and other content from Apple.

The Mac App Store became the way that millions of Mac users updated the software that came with their Macs, and it offered a ready inventory of thousands of apps in different categories for Mac users to discover, pay for and download.

Apple offered the Mac App Store as simply another channel for Mac app vendors to use to attract customers, albeit one that vetted the apps that were offered. App devs were free to continue to offer their own apps for download from their web sites or other app stores if they so choose.

But as Apple’s security model for the Mac and for Mac apps has changed, so did its relationship with Mac App Store developers. Those tensions became clear after Apple insisted that developers sandbox their apps. While that security technique has been imposed from the start for iOS apps, the change – which restricts the app’s access to user and system data – created real problems for some developers who made apps that worked around limitations of the Mac operating system. Many left the Mac App Store, unwilling or unable to comply with Apple’s ever more restrictive security policies.

Many others developers simply haven’t bothered, deeming the channel not worth the effort at all. This goes for productivity apps, utilities, professional software tools, and a segment that’s especially close to my heart – Mac games. You can find a wealth of great gaming titles for the Mac using Steam, GOG.com and other game download services which you won’t find on the Mac App Store.

Eventually Apple relaxed its Mac App Store sandboxing policies, but it would take until Mojave’s release before that happened – and that brought with it other issues.

Despite the sour grapes of some developers, the Mac App Store did fill up. It became a warehouse of apps you could download from myriad categories. With so many apps to choose from, searching for and discovering new apps became a bit of a headache – app developers would try to game top paid and free download lists maintained algorithmically by Apple in order to stay in potential customers’ line of sight. Some even employed astroturfing techniques with phony reviews to try to raise the profile of their apps.

So when Apple launched macOS Mojave in 2018, it adopted a similar curated editorial model it had already employed for the iOS App Store: curated content, created by editorial teams. Ostensibly to make it easier for people to find what they need.

The only problem is that Apple absolutely destroyed discoverability in the process. Apple over-corrected. They eliminated many categories of apps. With Mojave and continuing to Catalina, virtually all you see in the Mac App Store is what Apple’s editorial teams want you to see. Categories still exist, and so do Top Paid or Top Free lists of apps, and carousel banners distribute some editorial curation throughout each category as well. But trying to drill down or discover new titles beyond that is virtually impossible. Either you have to know specifically what app you’re looking for or be lucky enough to figure out the right search criteria to use to find it.

I’ve checked with a few developers who have apps in the Mac App Store, and they’ve confirmed for me that they’ve seen dramatically diminished Mac App Store revenue since the 2018 redesign. What’s more, the internal support for it at Apple seems to have diminished as it’s ramped up other efforts.

Let me return to my familiar haunts of gaming for a moment.

With Catalina and iOS 13’s release, Apple introduced Apple Arcade – a $4.99 per month subscription service that provides you with dozens upon dozens of games that you can play across iOS, iPadOS, tvOS, and macOS. It’s featured prominently in the sidebar of the Mac App Store, too.

While 100% parity hasn’t been achieved yet, I can’t argue that Apple Arcade has brought dozens of new games to the Mac which weren’t there before, in a wide variety of genres. It’s not “hardcore” gaming fare by any stretch of the imagination, but very few Mac users self-identify as gamers, and if they do, they mostly use other platforms, including Windows or consoles like Xbox One, PlayStation 4 or Nintendo’s Switch.

I’m glad to see Apple Arcade breathe new life into the moribund Mac game scene, and I’m glad for the developers who are treating the Mac on the same level as the iPhone, iPad, and Apple TV. I’m even happy to see Apple resurrect Game Center, which seemed like it was on the ropes for a while, as an effective way of sharing saved game files and other content in the cloud – making it easy for me to start playing Sayonara Wild Hearts on my Apple TV, then get right back to the same level on my Mac a while later.

But I can’t help but shake the feeling that Apple Arcade is simply the New Shiny, and that all of a sudden the Mac App Store – which had seen diminished efforts by Apple to support over the past 18 months – is going to fall even further by the wayside.

Also, Apple Arcade is certainly an important services segment for Apple – gaming is big money, and Apple has invested a fair amount in getting the service off the ground. It’s too soon to tell how Apple Arcade will buffer Apple’s bottom line, because most Apple customers were just emerging from the trial period as Apple made its most recent fiscal earnings announcement.

If Apple Arcade takes off, it’s entirely possible that Apple may adopt a similar model to other app categories. I can imagine subscription services for productivity apps, creative tools, utilities, and so on. Such models have already been tried on the Mac, in fact, with varying degrees of success – witness MacPaw’s SetApp service, for example, which bundles a variety of different Mac apps under a single monthly subscription fee. Subscriptions have become standard operating procedure for Microsoft Office and Adobe Creative Cloud users, too.

Subscription models aren’t a one-size-fits-all solution, unfortunately. For many of us, it’s still a better value to have a place where we can find the one thing we’re looking for, pay for it, and make use of it. Apple continues to have a channel to make this happen through the Mac App Store, and I hope its neglect is a temporary solution. But after a year and a half, I’m not holding my breath.

How about you? Are you fed up with the Mac App Store, either as a user or an app developer? I want to hear from you.