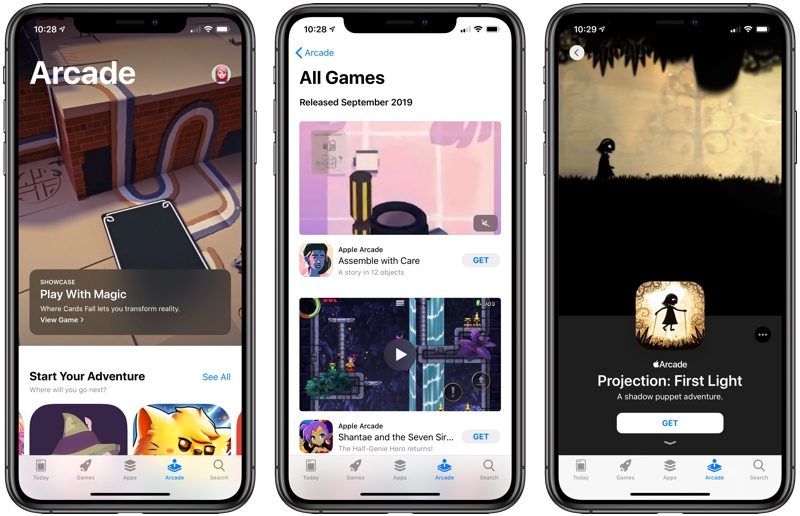 Apple has the launch of Apple Arcade penned for Thursday, September 19, alongside the launch of iOS 13. But apparently some lucky few have early access to the new subscription service.

MacRumors received a few tips earlier today suggesting that Apple Arcade had rolled out for some individuals a little early, and now the publication has published a report detailing access on at least one of their own devices as well. To get early availability it looks like the device, or devices, in question needs to be running iOS 13 already, or the latest beta of iOS 13.1.

That doesn’t necessarily guarantee early access to Apple Arcade, but it looks like those are at least the two defining factors of having a shot.

Despite not having an official rollout until this Thursday, it looks like folks who do get early access are able to sign up for the full service right now. That includes a one-month free trial of the service, before it starts charging the $4.99 per month once the trial ends.

There are 54 games to choose from in the digital library, at least at the time of the early launch. That total may change by the end of the week, though. And perusing the library of content is easy as one might expect. You’ll simply need to tap on the dedicated “Arcade” tab in the App Store to choose the game you want to install and play.

If you were wondering if there would be a limit to the number of games you can install at one time (meaning, just how many games from Apple Arcade you can have on your phone, tablet, Mac, or Apple TV at once), there appears to be no limit in this regard.

Apple Arcade is seeing some positive feedback already. Are you looking forward to the launch?