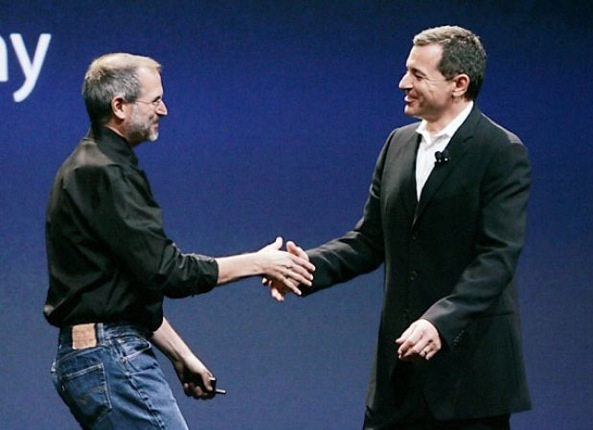 Speaking to CNBC, Bob Iger, Disney’s CEO, stated that he’s not too concerned about Apple TV+’s lower price point, mainly because his company is going to be offering such a “unique product”. At face value the two options are video subscription services, but it will ultimately come down to the content available on both that will inform potential customers if one is worth it over the other (or just in general, really).

Iger said that he views the other services as “competition” (something that not all CEOs agree on), but that, ultimately, the chief executive is not “fixated” on the competitive side of things.

We’re not really worried about competition in terms of pricing because we have such a unique product,” Iger said on “The Exchange.”

“We’re very, very different than any other service that is out there,” Iger added, ticking off a litany of the content Disney+ will offer when it launches Nov. 12

The “streaming wars” have been going on for quite a while already, but with Apple and Disney jumping into the fray, and with additional options coming from WarnerMedia/AT&T and NBC, things are only going to get even more interesting in the months ahead.

It’s an interesting stance, but not necessarily all that surprising. Netflix, for its part, continues to remain unfazed about the incoming launch of Apple TV+ and Disney+, even suggesting that it could help boost its own business as a result.

And then there’s Tim Cook, Apple’s CEO, who has stated that he does not view the other streaming services as competition, but rather just other options out there in the market for people to choose from. It basically boiled down to Cook just being happy that the company can participate and has worthwhile content to share with viewers.

Speaking of Disney, it was just announced by Verizon that the big red carrier is the exclusive carrier partner for Disney+, and, as a result, will be offering 12 months of free Disney+ service for existing 4G LTE and 5G unlimited customers. And Disney+ just unveiled its massive launch library in over 600 tweets.

So, do you plan on subscribing to Apple TV+ and Disney+ when they become available? Or have you already decided you’ll be sticking with one over the other? And are you getting one for free with the included promotions out there?