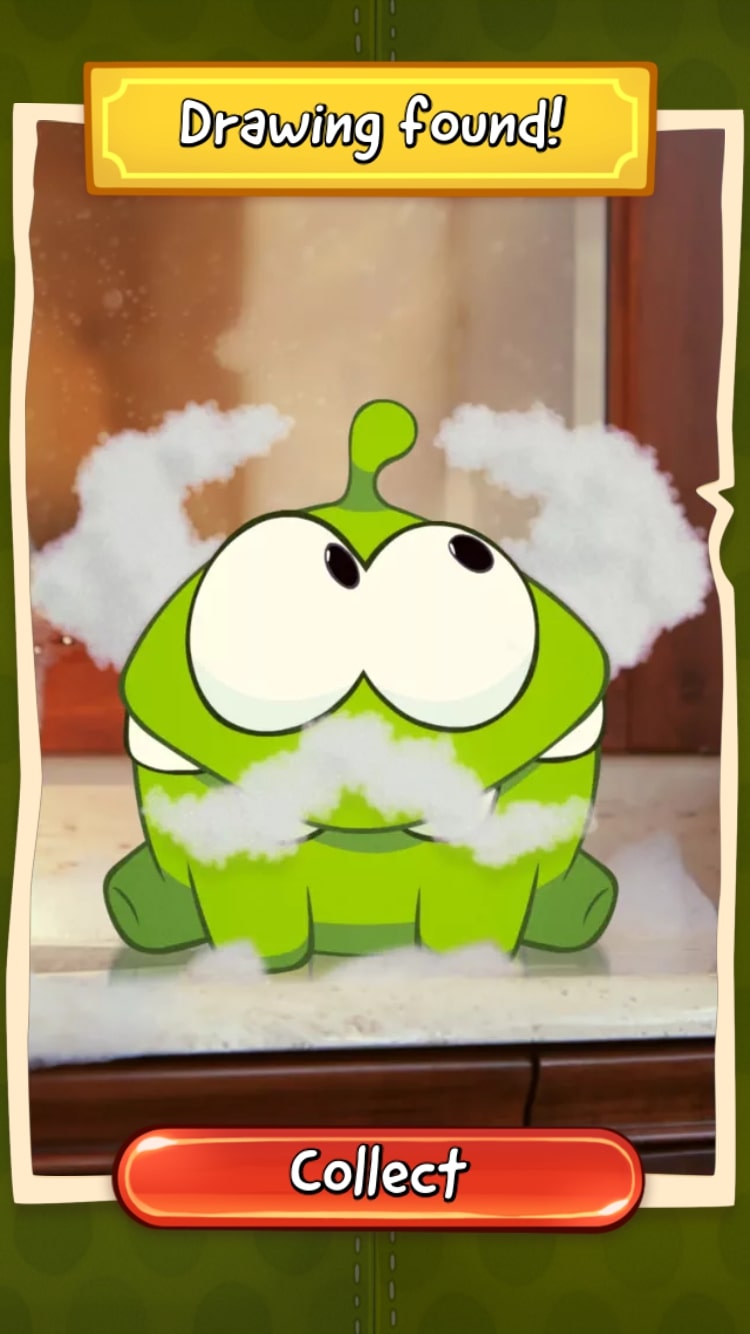 Just a few days ago, one of the best games on the App Store turned 9 years old. I’m talking about the famous and addictive Cut the Rope. A cute puzzle game that was first released for the iPhone back on October 4th, 2010.

These days the game has grown into a franchise, with seven games available for you to play, each filled with a bunch of levels, new mechanics and better graphics. So, with a lot of new games at hand, should you still be playing the original Cut the Rope? Let’s see what our experts say (well, me, anyway) in today’s retro review.

Cut the Rope: The beginning of Om Nom 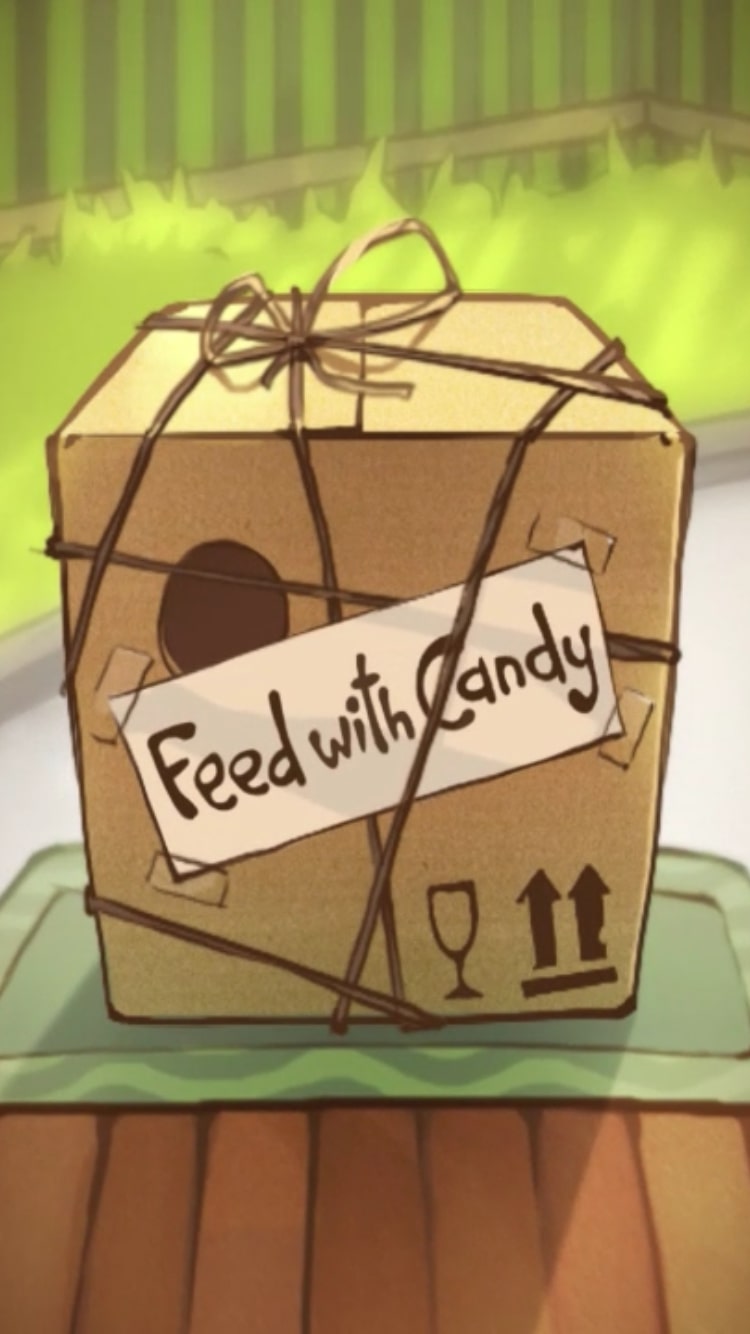 Cut the Rope is a physics-based puzzle game developed by ZeptoLab and published by Chillingo. The game follows the adventures of Om Nom, a small green monster that loves candy. One day, you open the door, and you find Om Nom inside a box, and that’s when the game starts. You’ll play inside boxes, 16 of them to be exact. And you’ll have a total of 400 levels to play.

In each level, you’ll find Om Nom somewhere in the box. You have to cut the ropes to feed him candy. There are also three golden stars. You need to collect as many stars a possible to unlock new boxes.

Most of the levels are really easy to beat, so you’ll have no problem getting the stars. Besides, if you want to unlock each box you can just watch an ad to do it. It takes the fun out of the game, but it gives you an option if you’re impatient.

The experience: Not as pretty, just as fun 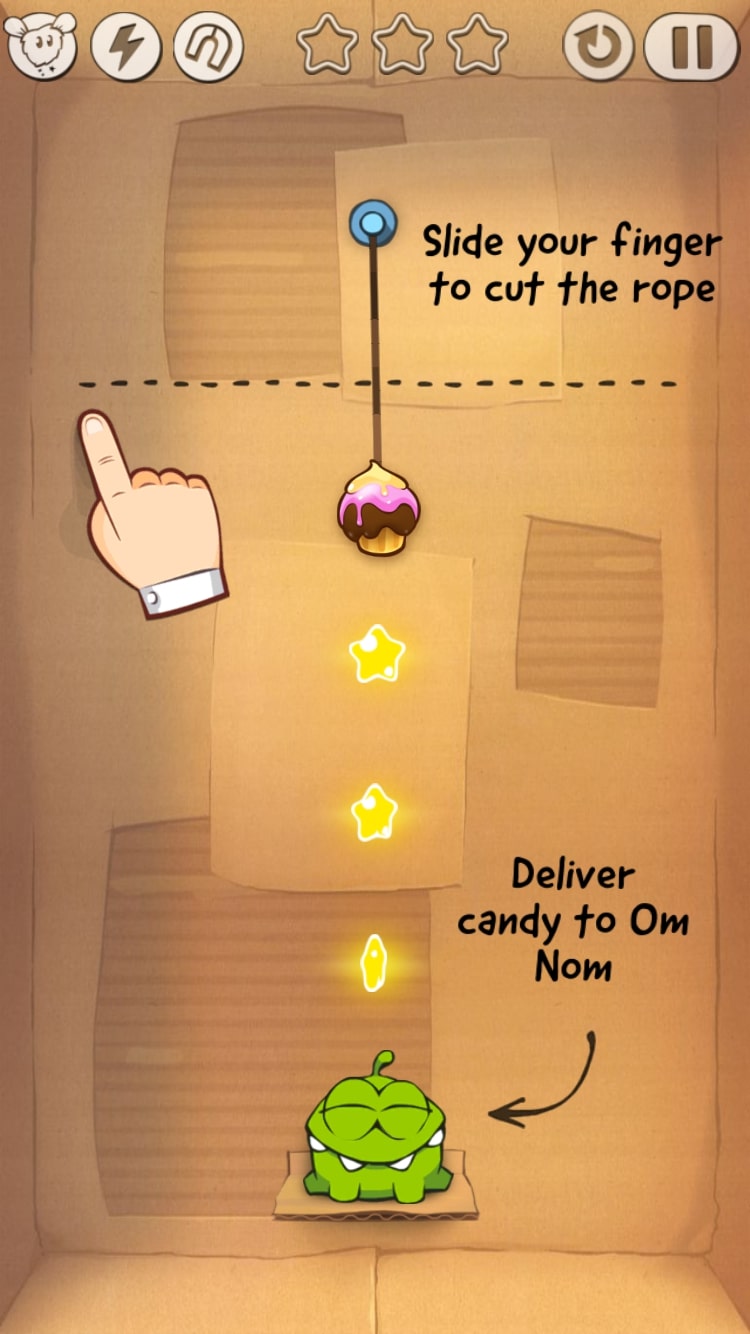 Cut the Rope’s music is not that big of a deal. It’s a nice tune and all, but not worth hearing over and over again. When it comes to the game’s graphics, they’re good enough. But when you compare Cut the Rope’s graphics to more recent games in the series, it shows its age. Zeptolabs has stepped up the quality in newer Cut the Rope games.

The gameplay is as fun and frustrating as it used to be. Remember, Cut the Rope is a physics-based game, and sometimes those physics can create challenges that will make you lose. There are some levels where you also need to play quickly, which sometimes is hard, even when playing on a bigger screen.

That being said, it’s always fun to play with the green, little guy. Using only your finger to make sure the candy goes up and down is a clever way to keep you engaged with the game. It’s also challenging enough for you to keep playing without giving up.

The worst part of Cut the Rope 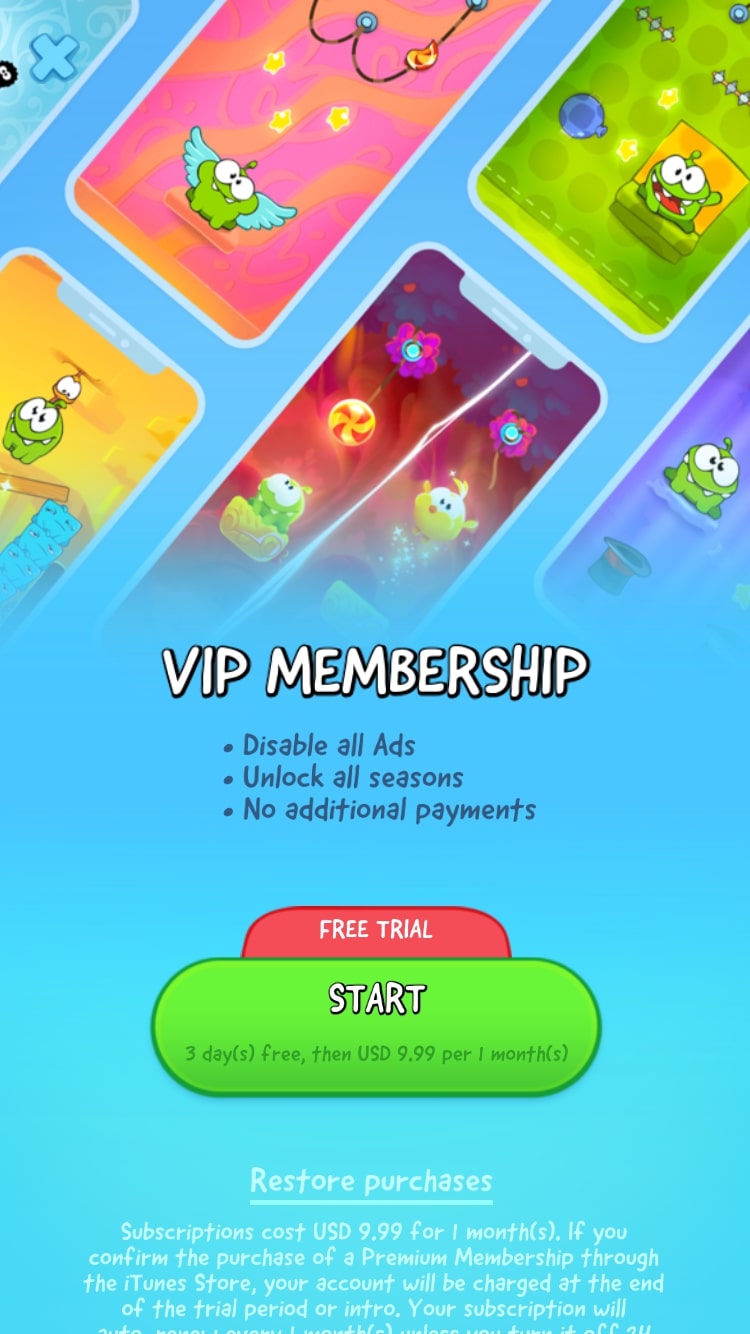 That’s become normal behavior for many free-to-play games. You can avoid watching ads by buying the full game. Now, however, Zeptolab is offering a subscription service, which unlocks all seasons and removes ads for $9.99 a month. That’s twice as much as Apple charges for its new ad-free and in-app-purchase free Apple Arcade service. Apple Arcade also provides you with dozens of different games to choose from, which makes Zeptolab’s offering less than appealing.

You can still buy Cut the Rope Gold to avoid all this. However, if subscriptions are the direction the studio is taking, I’m afraid they might remove this option in the future.

Cut the Rope is still a game you must play. Its lovable character, interesting puzzles, and easy-to-learn gameplay make this one of the best games on the App Store. While its new paid membership is an expensive, bad idea, you can still buy a full version of the game, Cut the Rope GOLD. Overall, its simplicity will keep you hooked for more than just a couple of hours.

If you finish this game and want more, or if you’re like me and you absolutely love Cut the Rope, you can buy this bundle for $3.99 which gives you 4 games from the Cute the Rope series and Pudding Monster, another good game from Zeptolab.