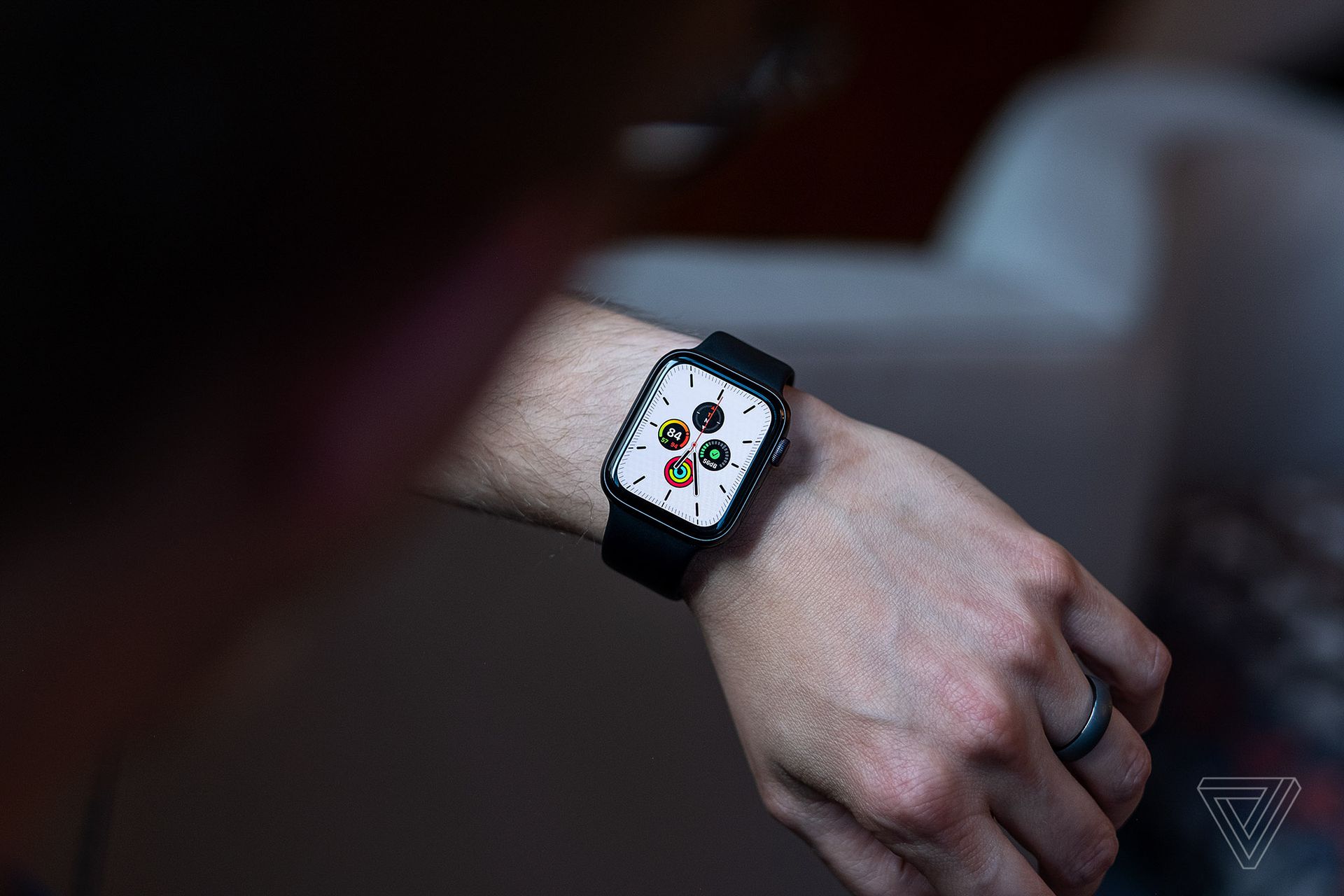 Apple launched not only the new iPhone 11 and iPhone 11 Pro earlier this month, but also welcomed a brand new version of the Apple Watch as well.

And now the reviews are in for the Apple Watch Series 5. Unsurprisingly, the biggest new addition to the Apple-branded smartwatch is also the most praised, with the always-on display pegged as the primary reason most people will want to upgrade. However, that’s about all the Series 5 brings to the table compared to the Series 4, so it might not be a pressing issue the need to upgrade this year.

But, let’s get right into it.

For John Gruber, it’s all about that always-on display and how it solves the primary issue he’s had with the smartwatch lineup “since day one”. He admits that it’s not perfect, but adds that “it’s more than good enough”. For Gruber, like many others, it’s all about being happy with the end product, and this one change has done jus that.

Series 5’s always-on display solves my single biggest complaint about Apple Watch since day one. It’s not perfect, but it’s more than good enough. No other feature or improvement to Apple Watch to date has ever made me this happy. The watch face doesn’t really stay on on all the time — instead, when on previous Apple Watch generations the display would turn completely off, the watch face goes into a low-power mode. The display dims (but remains bright enough to be legible in most conditions), second hands go away, and you pretty much just see the hour and minutes. Raise your wrist and it fades in to full brightness. Notifications do not appear on screen while the watch is in its low-power state.

The Verge takes plenty of time to talk about the new case materials for the Apple Watch Series 5, which include the more expensive Titanium and Ceramic variants. However, the review also notes that while there might not be all that much competition out there, the Apple Watch Series 5 is simply the best smartwatch. The changes that Apple has made to include the always-on display, while matching battery life expectations, just solidify that reality.

But the big question is battery life: Apple claims it still gets 18 hours with standard use, and I have gotten that. So, box checked — except that the Series 4 usually outperformed that estimate. I won’t go so far as to say that the Series 5 gets notably worse battery life than the Series 4, but at best, it’s on par. You’ll be charging it every day.

But let’s not grade on a curve here. The Apple Watch is better than any other computer-on-your-wrist-style smartwatch by a country mile, but there are other watches with smart features that can last for days, weeks, or even months. The Garmins and Fitbits and Withings of the world are all meant for different things than the Apple Watch, but many can do some of the basics, like notifications and weather, nearly as well. 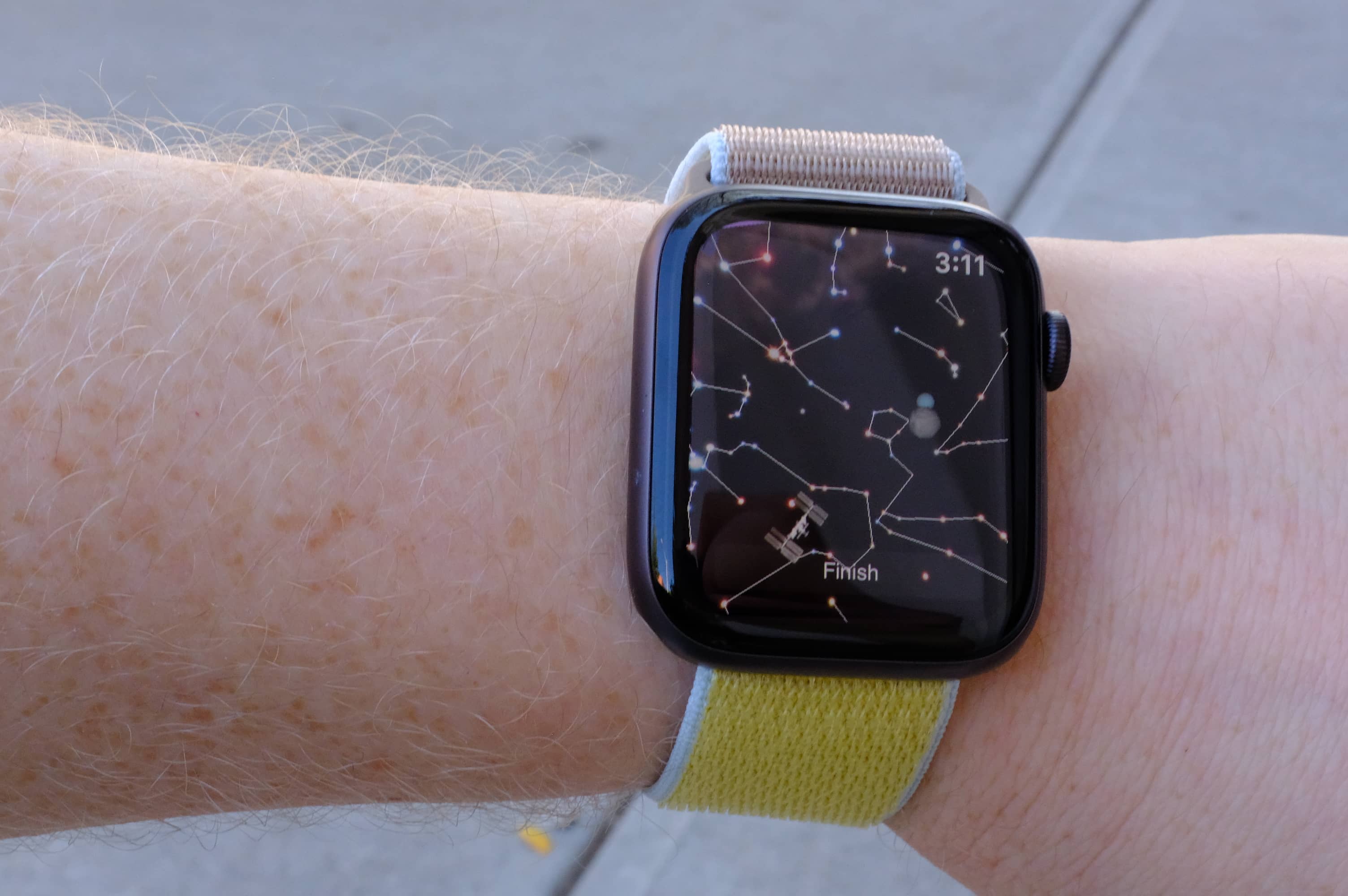 TechCrunch, like many other reviews, notes that this Apple Watch series upgrade doesn’t look all that different from the version it’s replacing. However, the review did praise the new built-in compass app within the Series 5:

The other big update on the hardware side is the addition of a built-in compass. Like LTE and the speaker before it, the feature represents another case of bringing more smartphone features over to the watch. At present, there are only a handful of Watch applications that utilize the new feature, the most prominent being Apple’s own Maps. The addition of the compass makes it much easier to navigate directly from the wearable itself.

It’s a handy offering on that front. If you don’t mind the smaller screen size, it’s great being able to find your way around a new area without pulling out your phone.There’s also Apple’s own Compass app, which could prove handy when going for a hike, and also includes a new elevation reading taken from a combination of Wi-Fi, GPS, map data and barometric pressure to determine your positioning relative to sea level.

Battery life gets praised as well, even if Apple isn’t boosting the numbers this year.

While improved battery life would almost certainly be a welcomed feature in future updates, Apple’s made a bit of a compromise, offering an always-on watch that lasts the same stated 18 hours as its predecessors. I found I was, indeed, able to get through a day no problem with standard use. My own usage had the product lasting closer to 20 hours without the need to recharge, but even so, the device needs to get charged once a day, regardless — otherwise you’ll almost certainly be out of juice the following day. 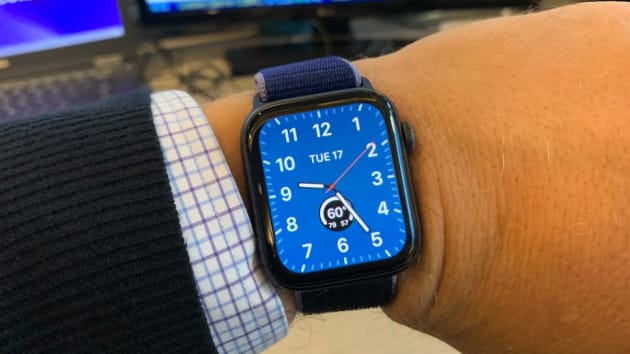 CNBC calls the always-on display of the Apple Watch Series 5 a “must-have” feature at this point.

I liked that I could always see the time — important for a watch — without having to tilt my wrist and activate the screen. This also works for Apple’s workout app, so you can always see how far you’ve run, your pace, elevation or whatever else is on the screen. Trust me, trying to get a watch to wake up while on a treadmill can be awfully finicky at times.

One interesting bit from the review is just how many people are new Apple Watch buyers versus upgraders. According to Apple, speaking with CNBC, 70% of Apple Watch owners haven’t owned a previous model:

Apple told me that 70% of Apple Watch buyers haven’t owned a previous model. So, unlike iPhones, the story isn’t about whether people should upgrade from last year’s model. It’s about whether there’s enough here to continue to attract folks to the Apple Watch.

However, it’s not all good. The fact that some first-party apps, like Apple Maps and Apple Music, don’t support the always-on display is not great:

The always-on display works for the time and exercise, but it doesn’t work for all apps. When I have driving directions on, for example, the always-on display defaults to a clock. I need to wake the watch to see the next turn. The Maps mode doesn’t stay on, which would be useful for when I’m walking around the city. Apple Music also doesn’t support always-on.

There’s the quick roundup. If you want to read additional reviews before you make a decision to buy the new Series 5, you can check out USA Today, iMore, BuzzFeed News, and WIRED.

Are you planning on getting yourself an Apple Watch Series 5? If so, how big a role does the always-on display play in that decision?