During its “By Innovation Only” event, Apple has shared details of its upcoming streaming service, Apple TV+.

Apple TV+ is one of the hottest incoming services for Apple. It has a lengthy catalog of content coming down the line, including See, The Morning Show, Dickinson, and many more. Today, Apple showcased the worldwide trailer premier for the upcoming series See, which stars Jason Momoa (Game of Thrones, Aquaman). The upcoming series will showcase the story of people trying to save the first children born in many years with the ability of sight.

With Apple TV+, we are presenting all-original stories from the best, brightest and most creative minds, and we know viewers will find their new favorite show or movie on our service,” said Zack Van Amburg, Apple’s head of Worldwide Video. “Each Apple TV+ original offers its own unique story, fresh perspective and powerful message — all meant to entertain, connect and inspire cultural conversations. 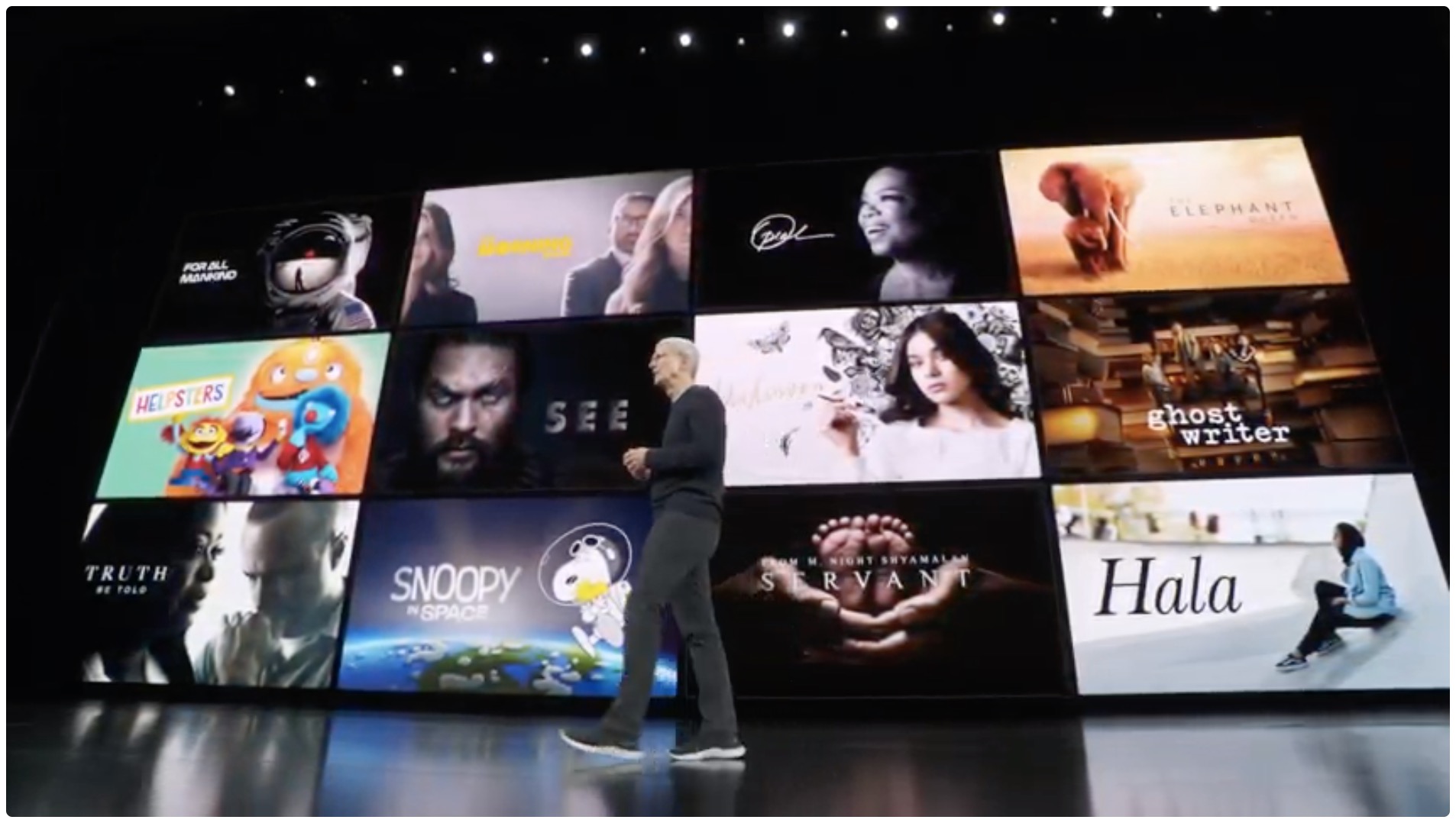 Including the aforementioned titles, Apple TV+ will also feature titles like For All Mankind, Helpsters, Ghostwriter, and many more:

It costs $4.99 per month with Family Sharing, which gives access to the whole family for one subscription cost. It comes with a 7-day free trial as well.

If you buy a new iPhone, iPad, Apple TV, iPod touch, or Mac you will get access to Apple TV+ for one year at no additional cost.

Are you excited about Apple TV+?