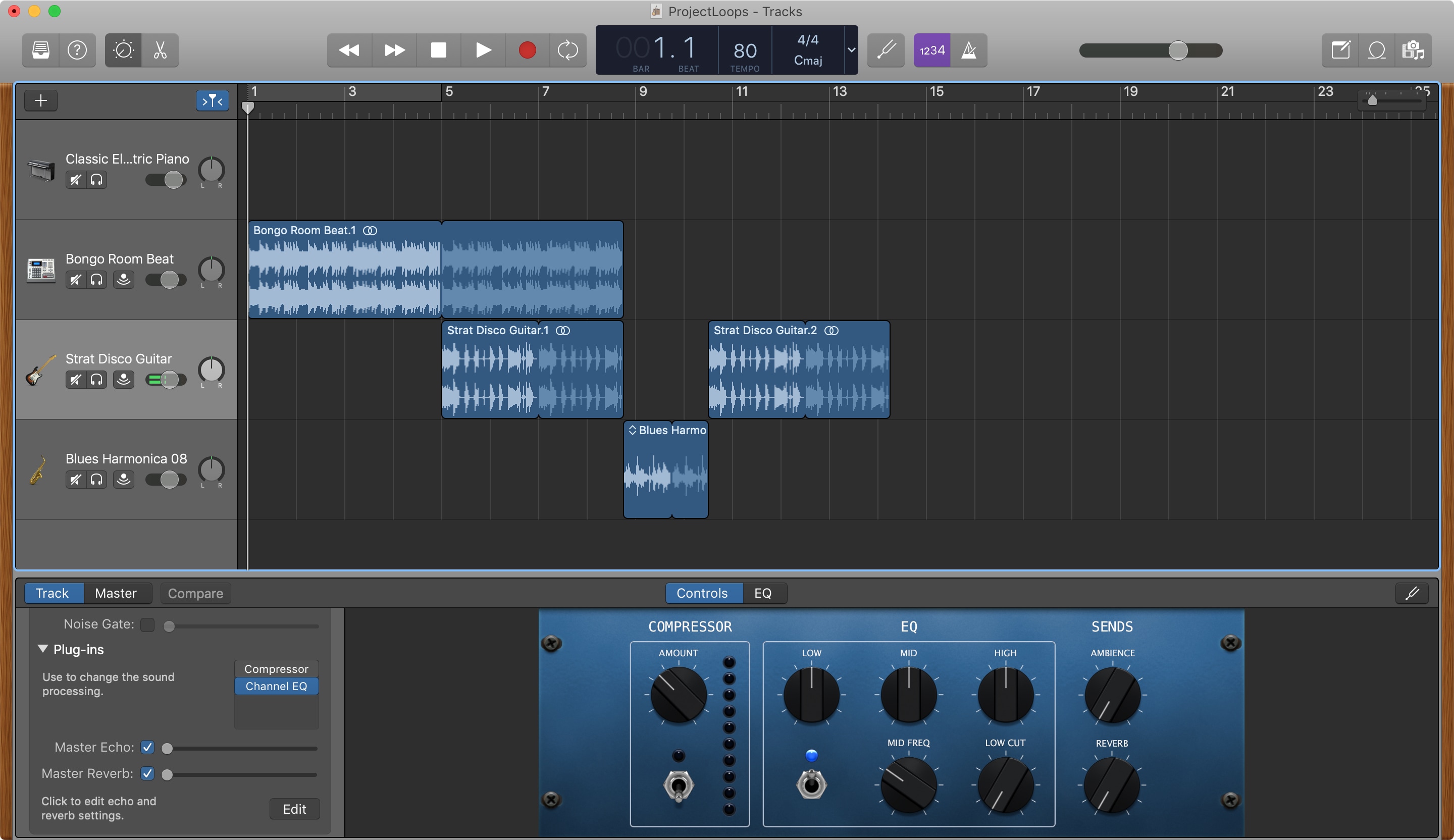 In GarageBand, Plug-ins are nifty effects that help you enhance your musical creations. These include things like delay, distortion, modulation, noise gate, and others. So you can use them to adjust the volume, repeat a sound, change the tone, and much more.

If you want to give these handy little bits a try in your music track, this tutorial shows you how to add, edit, reorder, and remove Plug-ins in GarageBand on Mac and iOS.

You can use two types of Plug-ins in GarageBand, depending on the type of sound you want to create:

Effect plug-ins: These include common audio effects such as reverb, compressors, delays, and other unique effects. You can use Audio Units effect plug-ins on individual tracks and on the master track.

Working with GarageBand Plug-ins on Mac

To see the Plug-ins you’re currently using and to add more to your track, just follow these steps.

1) In the GarageBand window, with your track open, make sure the Track and Controls buttons are selected at the bottom.

2) On the bottom left under the Track button, you should see the Plug-ins area. Click the button to expand if necessary. You can then view the Plug-ins for the current track. 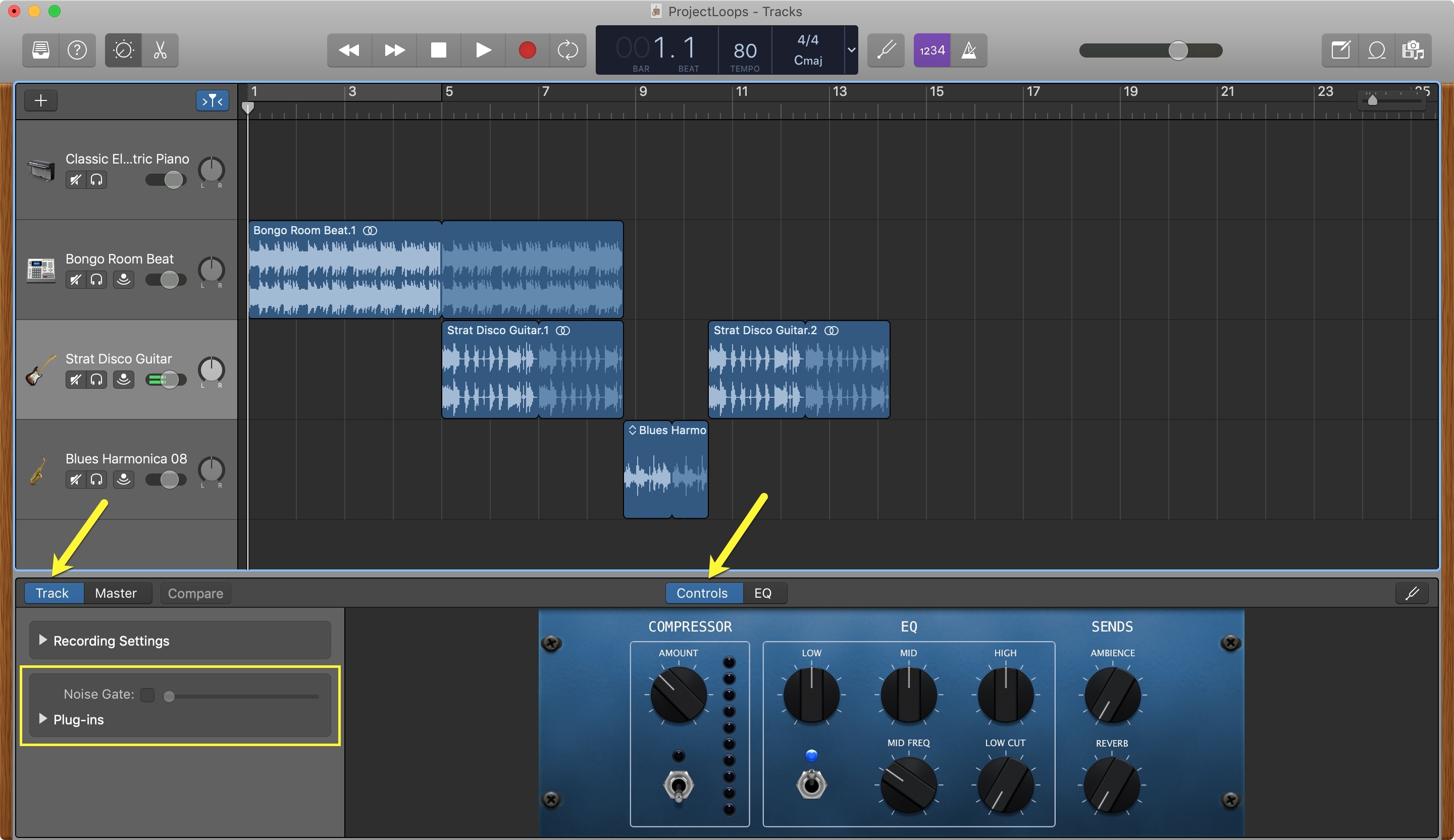 3) To add a Plug-in, click an empty spot in the Plug-ins box.

4) Scroll through and select the Plug-in you want to add. Each type has subtypes you can pick from. 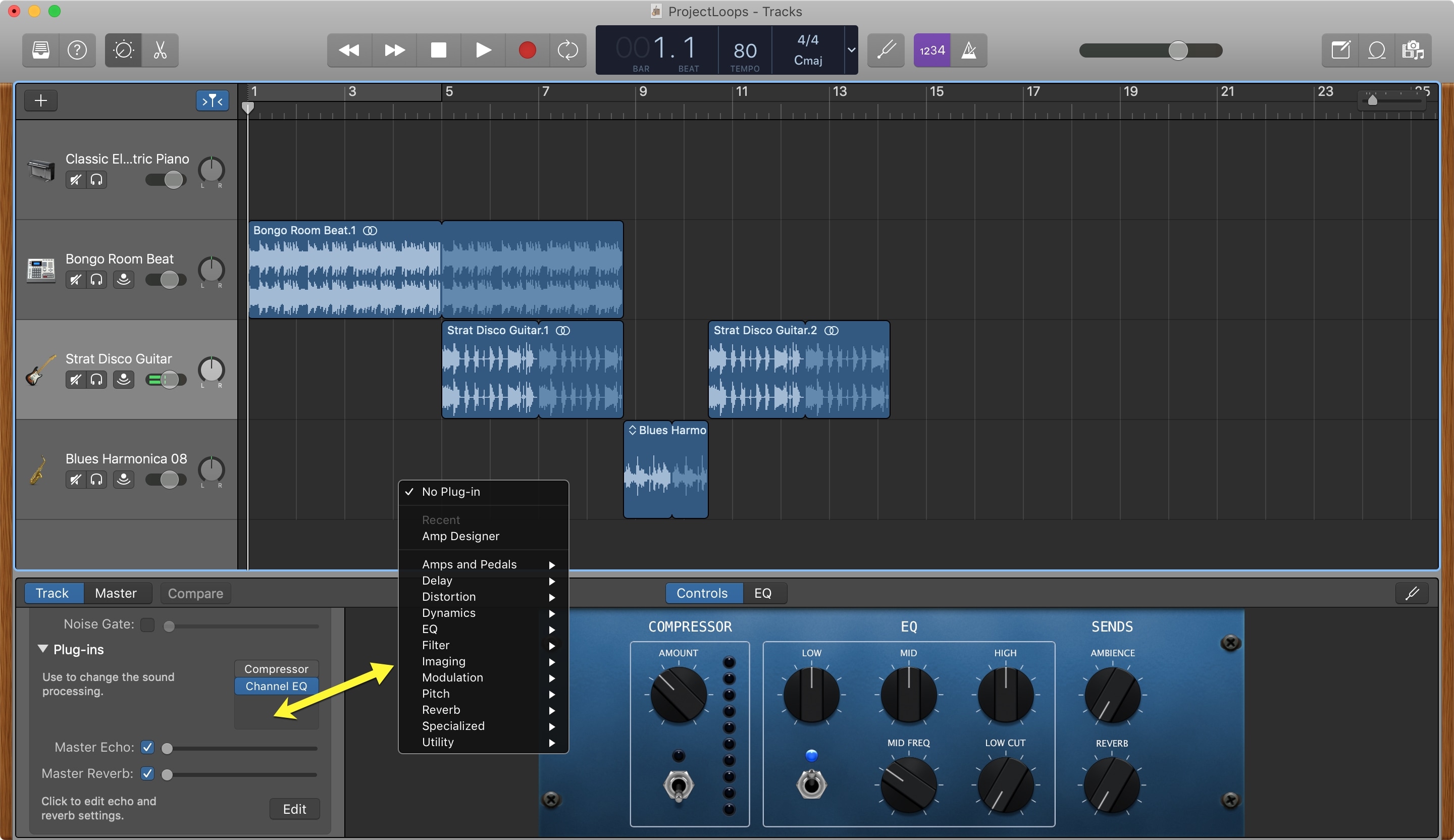 3) Depending on the type of Plug-in you pick, you may see a pop-up window for you to adjust the effect as soon as you add it.

If you’d like to make adjustments, change the order, replace, or remove a Plug-in, just head to that Plug-ins area and do the following. 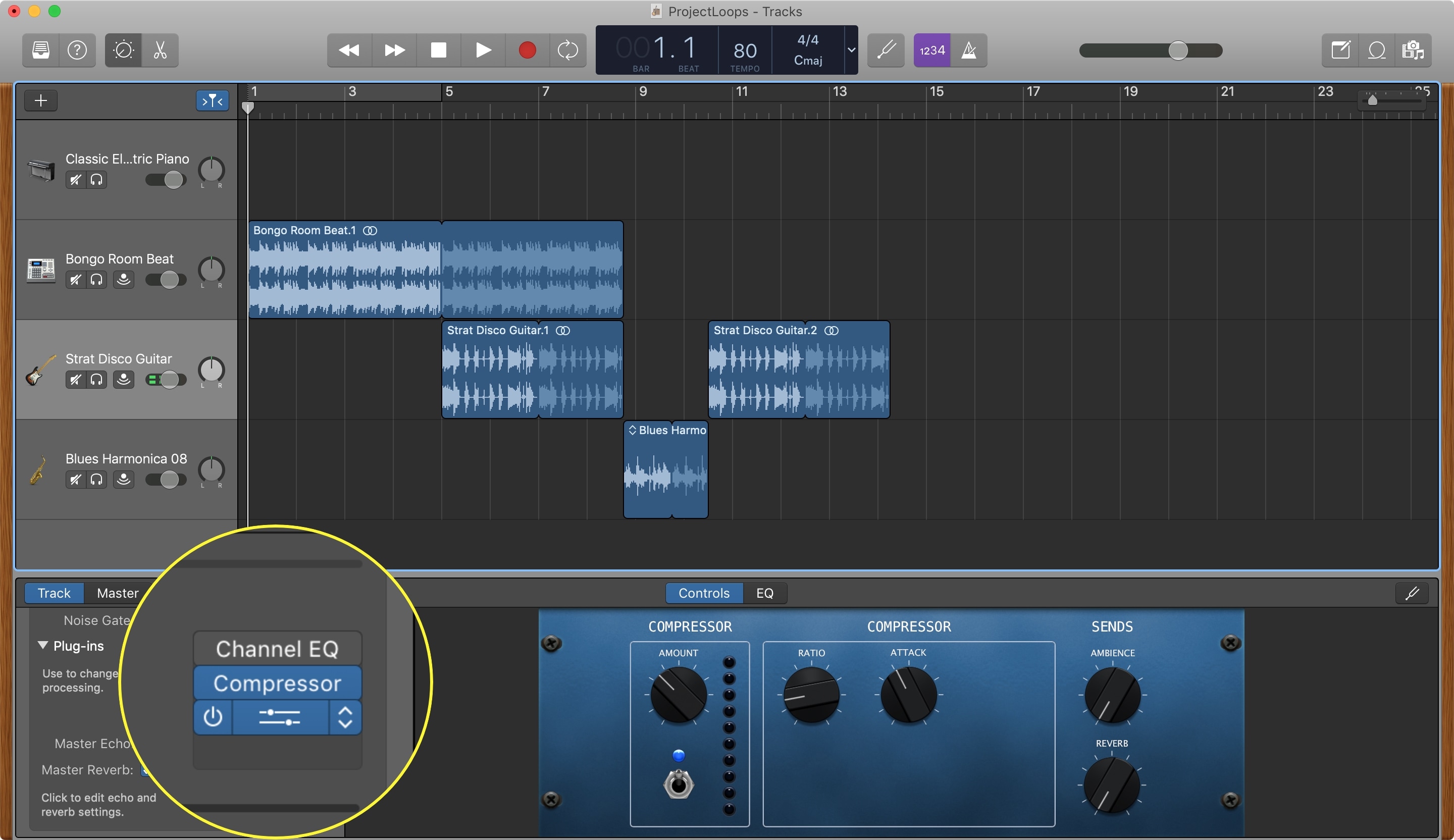 Working with GarageBand Plug-ins on iOS

To see the Plug-ins you’re currently using on iPhone or iPad and to add more to your track, just do the following.

1) Open GarageBand to your track. On iPhone, tap the Gear icon on the top right and pick Track Settings. On iPad, tap the Controls button on the top left.

3) Tap the arrow next to the Plug-ins title to view the current ones and add more. 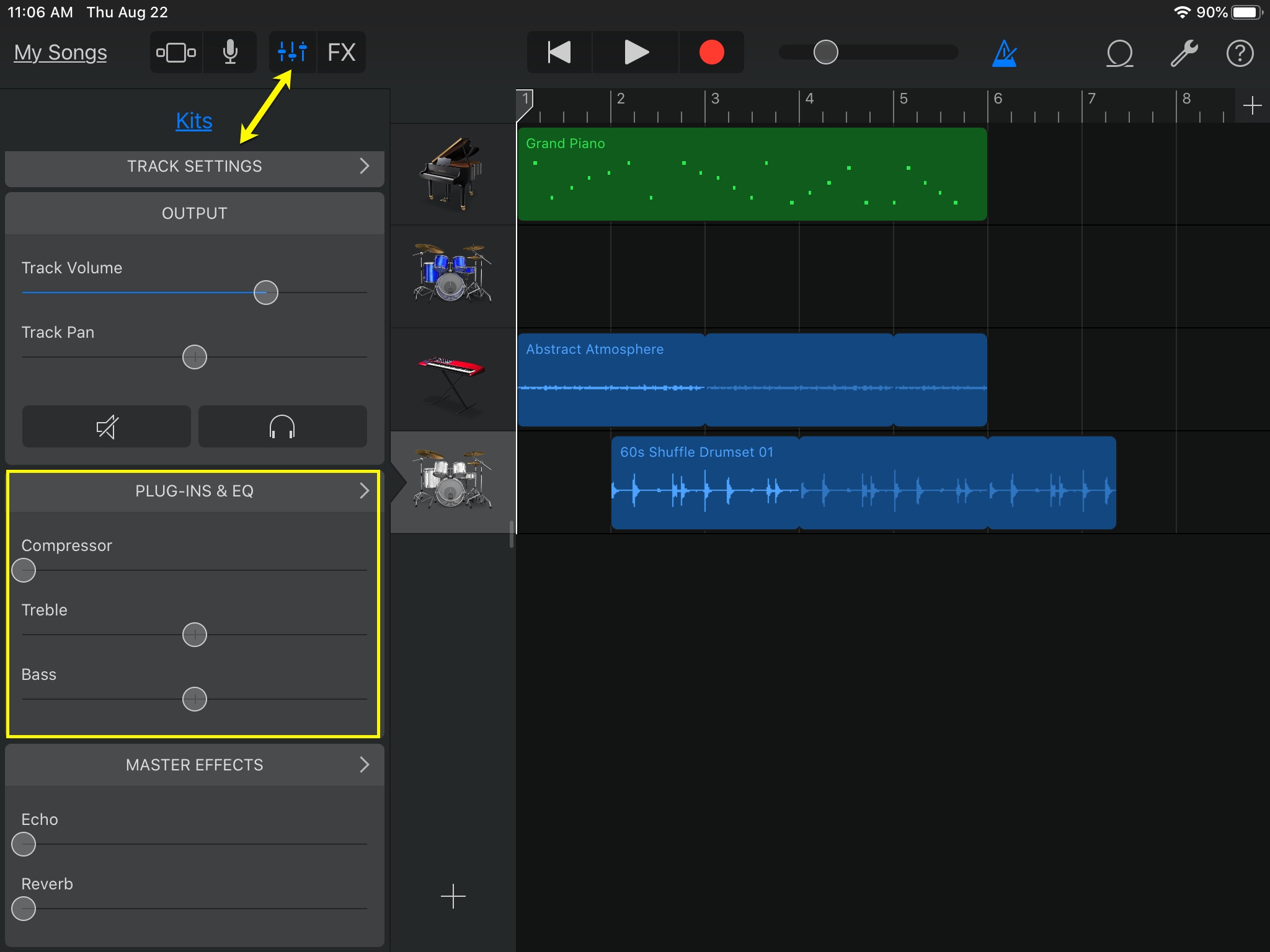 4) To add a Plug-in, tap Edit and then tap a plus sign in green for one of the “None” spaces.

You’ll also see a link to Find more on the App Store if you’d like to browse and purchase additional Plug-ns. 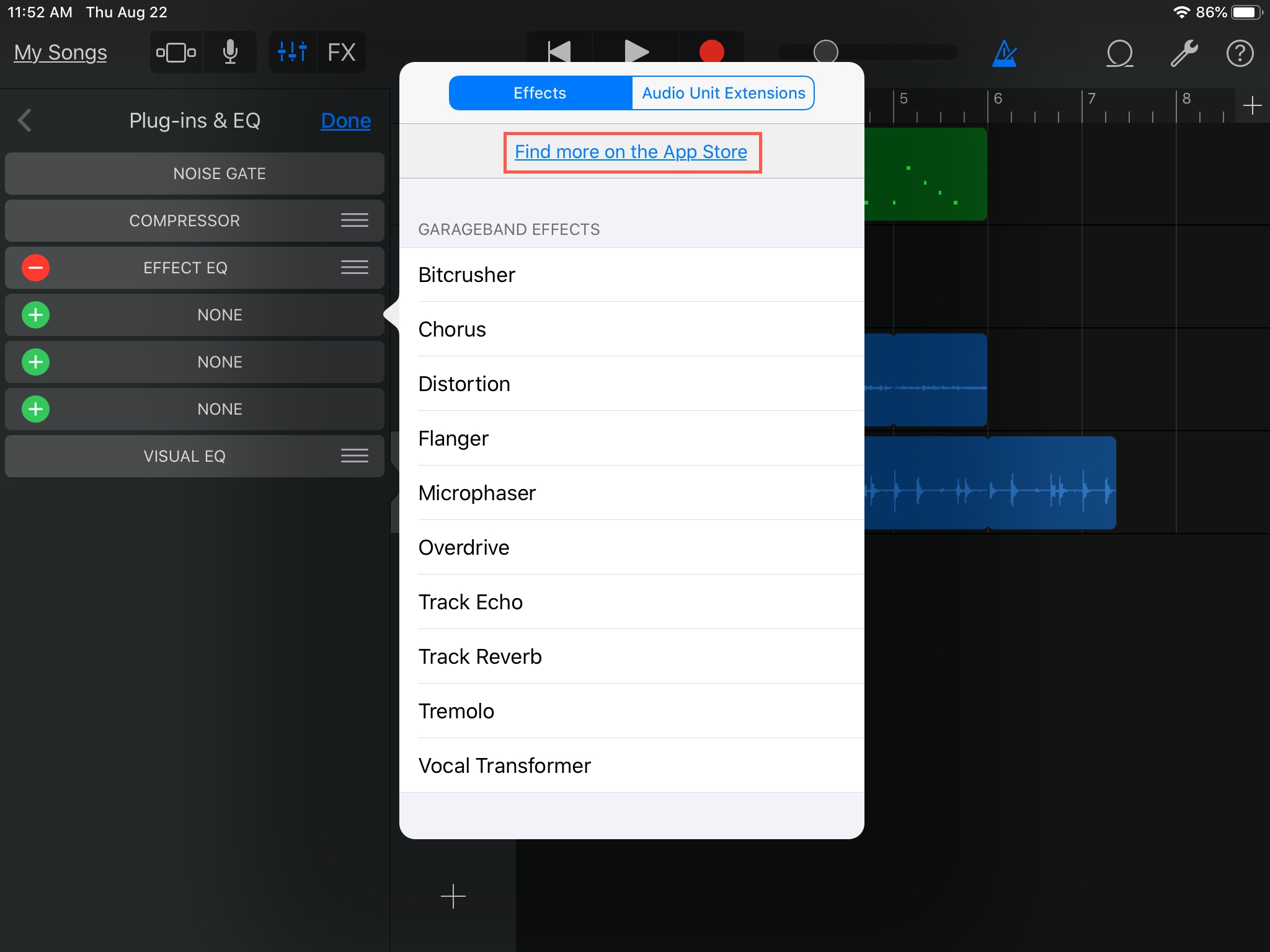 5) When you add a Plug-in, it will pop open with controls you can adjust right away if you like.

If you’d like to make changes, rearrange, replace, or remove one, open that Plug-ins area once more. 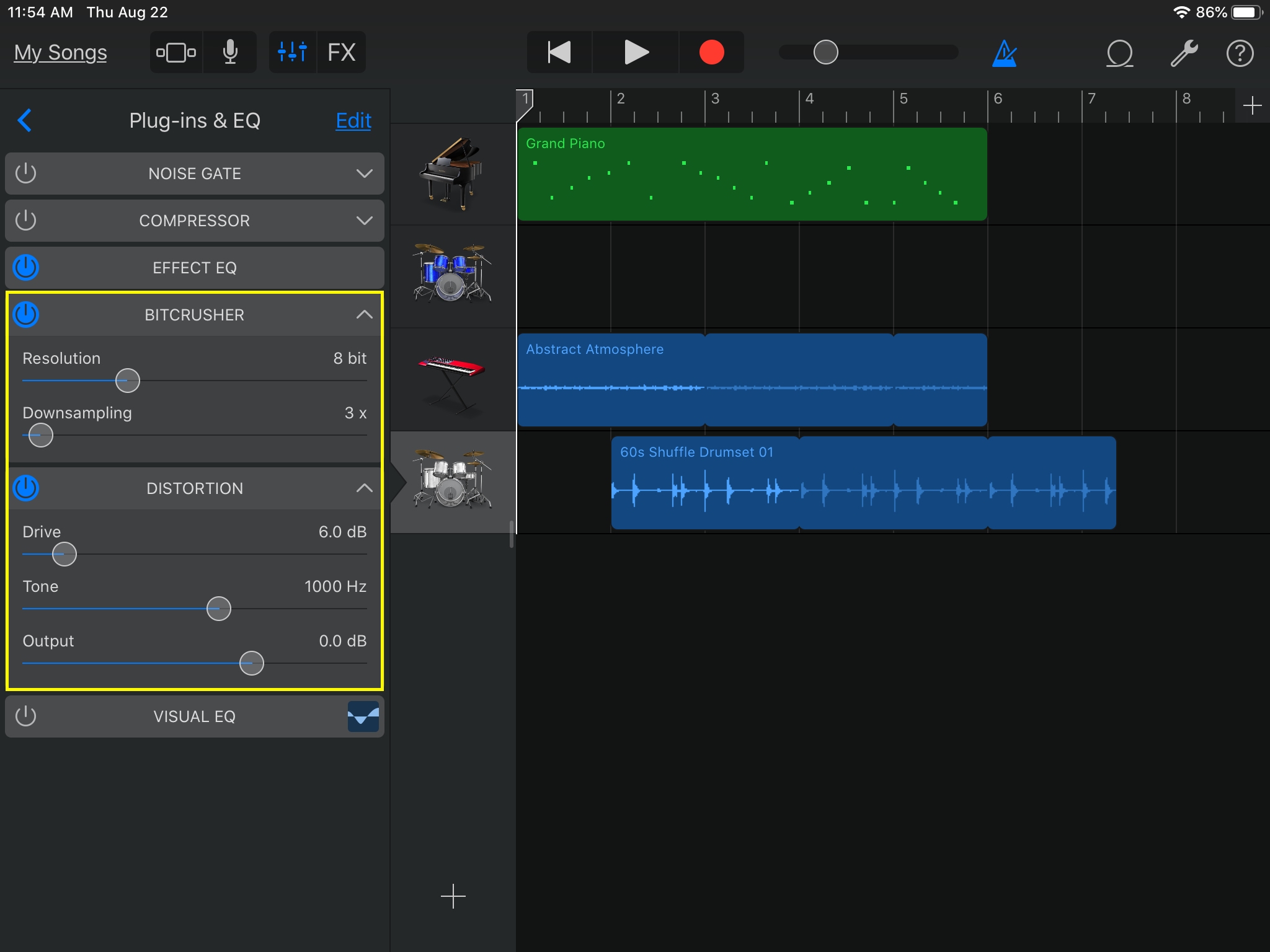 Using GarageBand Plug-ins on Mac or iOS can really add some cool effects to your songs. So if you haven’t tried them yet, jump in and play around to see what new sound you can create.

Do you have tips like these to share with our readers who are still getting the hang of using GarageBand? If so, feel free to comment below!