It was only within the past couple of weeks that Pwn20wnd and the Electra Team updated the unc0ver and Chimera jailbreak tools with support for iOS 12.4 by way of an updated Sock Puppet exploit, and while it was the first time in a long while that the latest version of iOS could be jailbroken, all fun things must, unfortunately, come to an end…

Apple released iOS 12.4.1 to the general public on Monday with bug fixes and security enhancements, one of which tended to the updated Sock Puppet exploit that Apple initially patched in iOS 12.3 and then inadvertently un-patched again in iOS 12.4.

Hacker and unc0ver lead developer Pwn20wnd confirmed via Twitter that iOS 12.4.1 was impervious to the unc0ver jailbreak’s current line of exploits shortly after its release this afternoon: 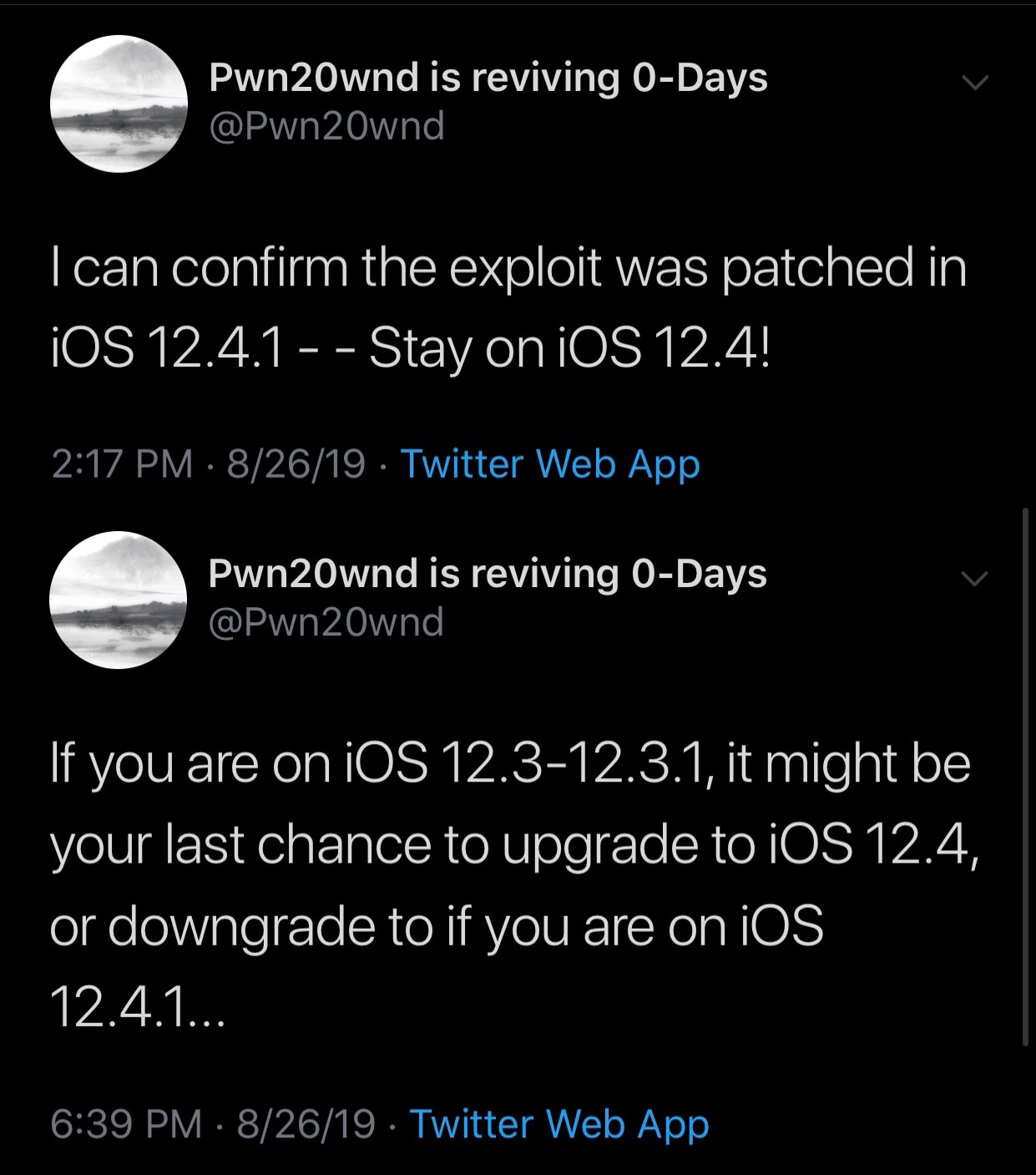 Perhaps unsurprisingly, the same is true about the Chimera jailbreak, but the Electra Team doesn’t seem to be as vocal in regards to warning or advising users.

It’s worth noting, however, that iOS 12.4 is still being signed at the time of this writing, and with that in mind, jailbreakers still have options…

Jailbreakers and those aspiring to jailbreak their device(s) anytime in the near future are advised to do three important things right now:

As always, you can use the popular online IPSW.me tool to determine whether a particular version of iOS is being signed, and you can download your handset’s firmware files from our dedicated downloads page.

If you’re already enjoying a jailbroken iOS 12 handset, or you intend to jailbreak iOS 12 soon, then be sure to check out our best jailbreak tweaks for iOS 12 roundup to ensure that you take full advantage of the perks of owning a pwned iOS handset. With Pwn20wnd actively working on Cydia and Substitute support for A12(X) devices in unc0ver, we can assure you that the wait will be worth it.

Are you preparing your device for iOS 12.4? Or will you update to iOS 12.4.1 anyway? Let us know in the comments section below.