The Electra Team released Chimera v1.2.8 to the general public Sunday evening with support for iOS 12.4 on A9-A11 devices with iOS 12.4 installed, a move that closely mirrors one made by Pwn20wnd with the unc0ver jailbreak tool Sunday morning.

The Electra Team announced the update just minutes ago via Twitter: 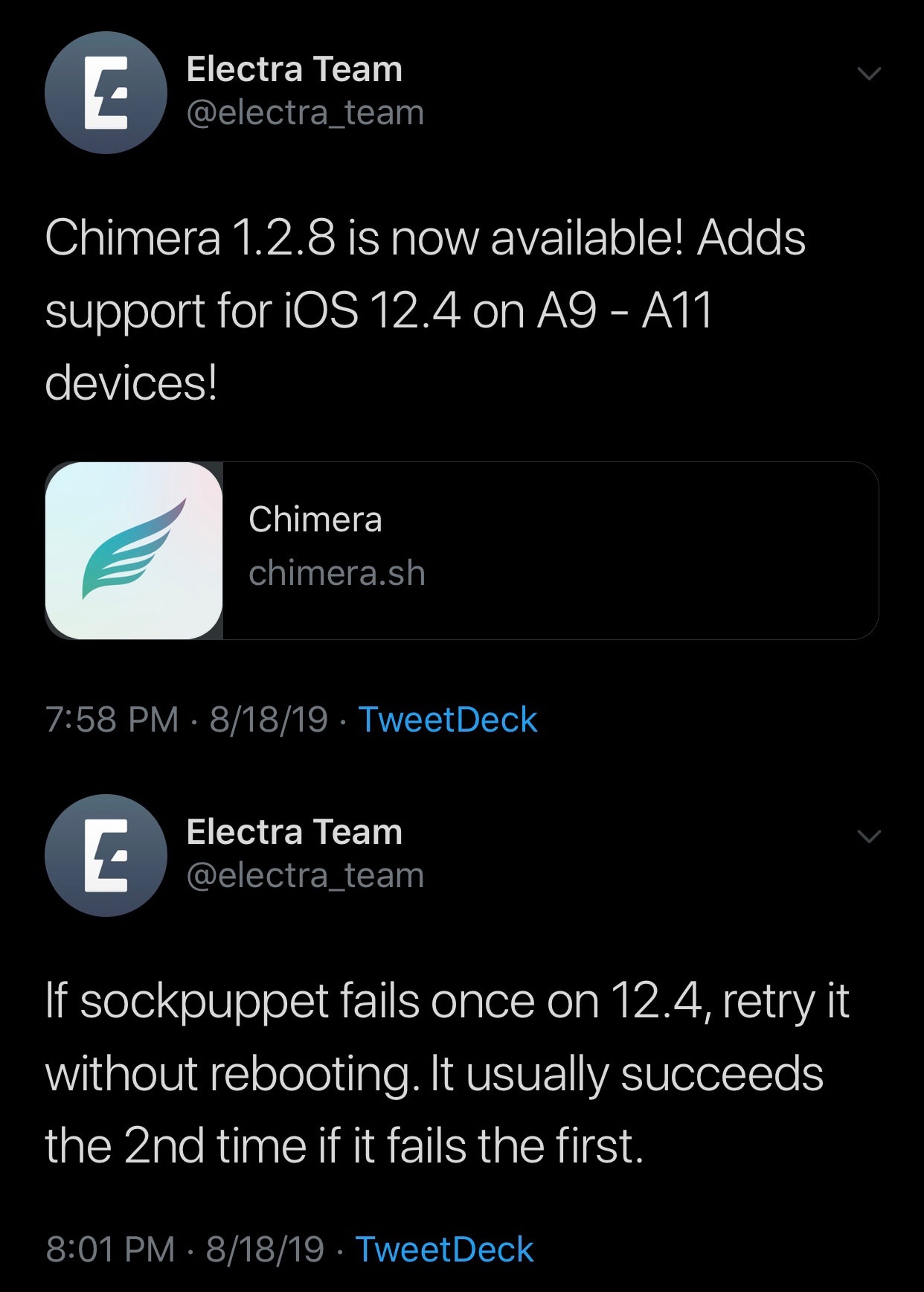 The Electra Team mentions that the success rate is lower on iOS 12.4 than it is on earlier versions of iOS, but suggests that if the Sock Puppet exploit fails once on iOS 12.4, that users retry a second time without rebooting. As it would seem, this generally works to great success.

Like all previous versions of the Electra Team’s Chimera jailbreak tool, v1.2.8 installs Sileo and Substitute for package management and tweak injection rather than Cydia and Cydia Substrate, the latter of which is used by unc0ver.

If you’re interested in jailbreaking your compatible iOS 12.4 device(s) with Chimera v1.2.8, then you can download it from the Electra team’s official Chimera website. You can also follow the steps outlined in our updated Chimera tutorial to achieve a frustration-free jailbreak with it.

A word of warning for Apple Card users: having a jailbreak in conjunction with your Apple Card is against the terms of service and may result in a closed Apple Card account. You have been warned.