The Sileo Team announced the update via Twitter just within the past hour, noting that it would resolve an issue with repositories refreshing endlessly: 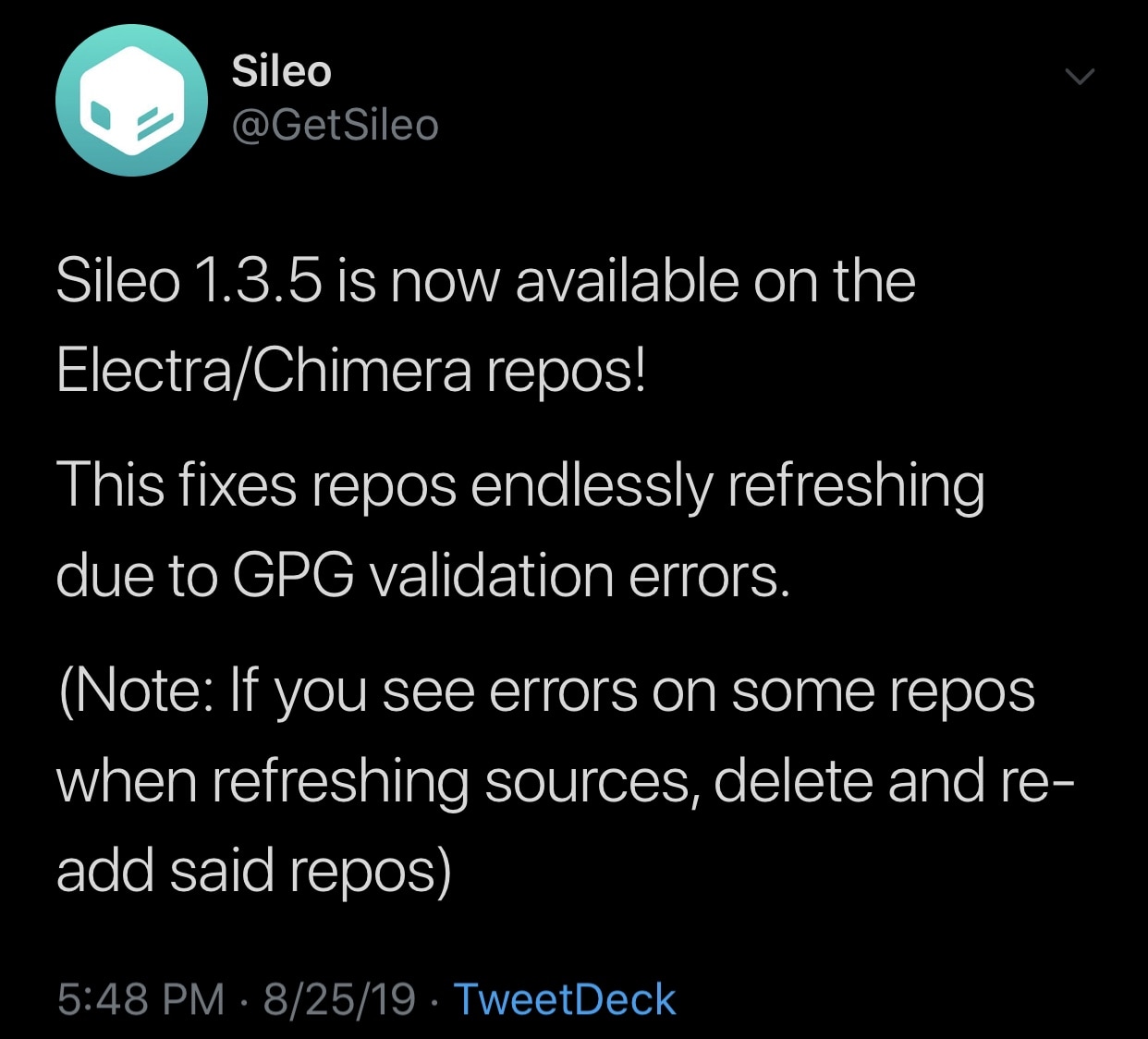 According to the Sileo Team, the aforementioned issue was caused by a GPG validation error. Any issues refreshing repositories after installing Sunday’s update can purportedly be resolved by the end user by deleting and re-adding those affected repositories in the Sileo app.

If you’re not already jailbroken, then you can download and install the Sileo Demo to see what the application is like before making the jump. Sileo is not yet available for Pwn20wnd’s unc0ver jailbreak, and it’s unclear if it ever will be at this rate.

Has installing Sileo v1.3.5 resolved any of the repository errors you were experiencing before? Let us know in the comments section below.