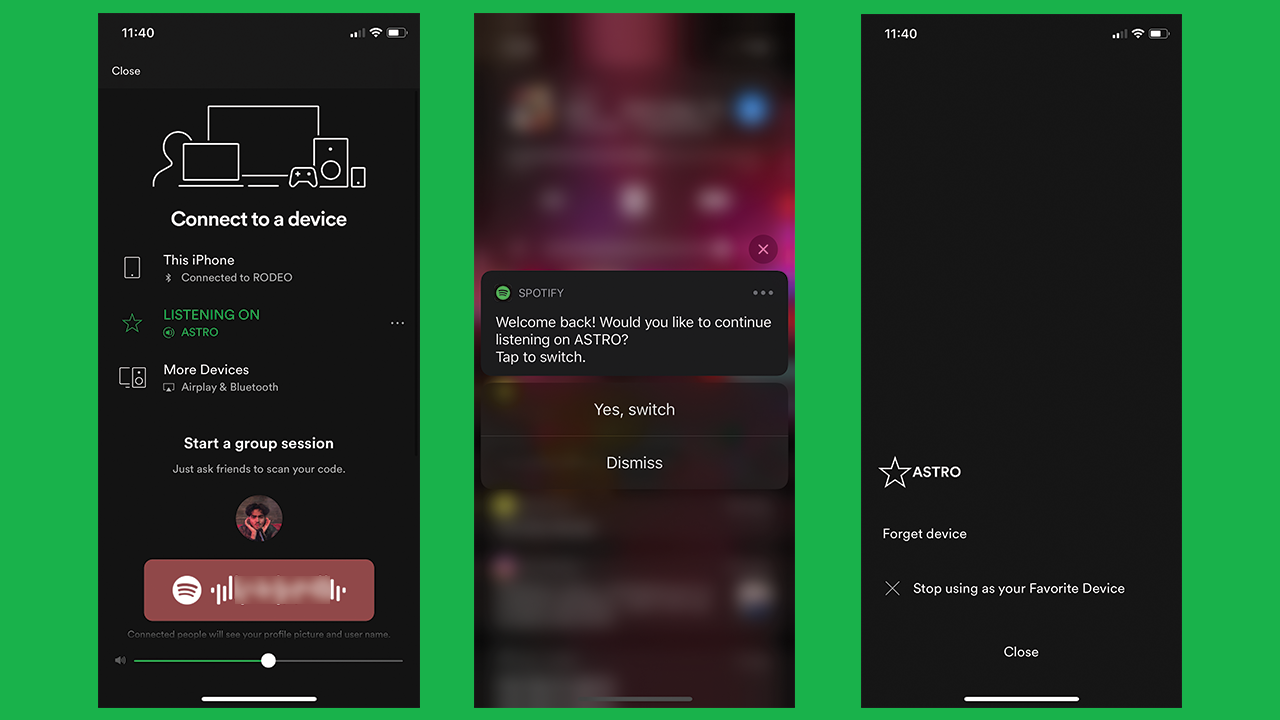 Spotify is testing a new feature called “Favorite Device” which will make it easy to hand off the music you’re listening to to a nearby speaker.

Thurrot has the initial report, detailing how the feature will work even in its testing phase. The feature will work with devices that support Spotify Connect, allowing them to select a speaker as their favorite device for easy future listening. When your phone is nearby the favorited speaker it will offer a pop-up notification asking if you want to listen on the speaker.

It’s all pretty straightforward, and the pop-up notification could make it easier to switch back-and-forth between your phone and the speaker. Especially considering the notification will be persistent, and it can be altered within the notification drop-down menu.

It appears that only one device can be tagged as a favorite device.

If this sounds familiar, it’s because it sounds quite a bit like Apple’s recent announcement that the HomePod, the company’s smart speaker, will support Handoff for easily transitioning listening from an iPhone to the HomePod just by putting the phone near the speaker.

Apple’s version of this feature should go live with iOS 13 later this year.

What do you think about this particular feature, especially in what sounds like Spotify’s interpretation of it? If Spotify does end up expanding this feature to the public at some point in the future, do you think you’d use it? Are you looking forward to Handoff support with HomePod?