Users of the Chimera or Electra jailbreaks will be happy to hear that the Sileo Team released an updated version of the Sileo package manager on Tuesday with bug fixes and performance improvements.

The Sileo Team announced the release of Sileo v1.3.0 via Twitter just this afternoon: 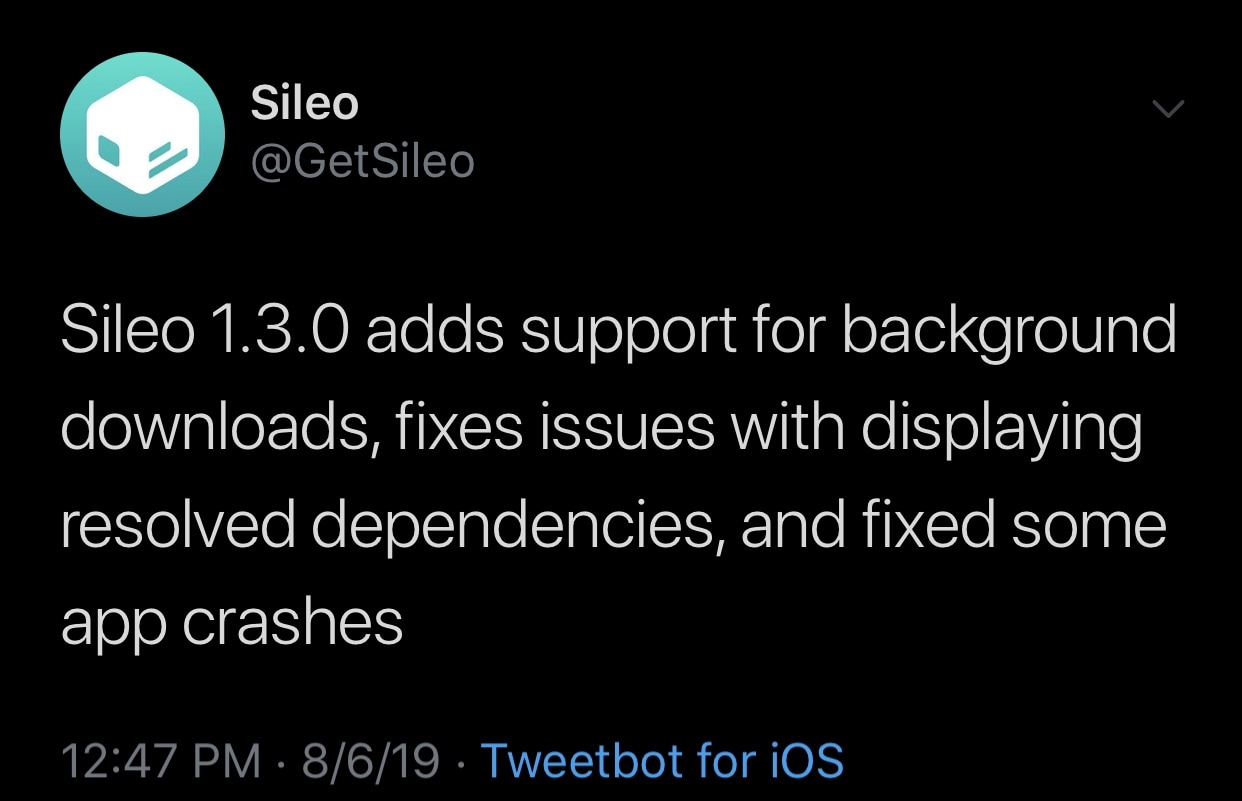 As it would seem Sileo v1.3.0 allows users to perform package downloads in the background, which can come in handy when you’re waiting for larger downloads, such as theme packs, to finish.

The update also fixes an issue where resolved dependencies wouldn’t appear correctly and addresses various application crashes that were reported by users.

If you’re using either of the aforementioned jailbreak tools from the Electra Team, then you’ll find this update in the respective repository in the Sileo app itself upon refreshing your sources.

Users of non-jailbroken handsets can deploy a Sileo Demo to test the app out and use as a repository manager. Sadly, this demo can’t install or uninstall packages from your device if you’re jailbroken with any other jailbreak besides Chimera or Electra, such as unc0ver.

Are you content with Tuesday’s Sileo-centric updates? Let us know in the comments section below.