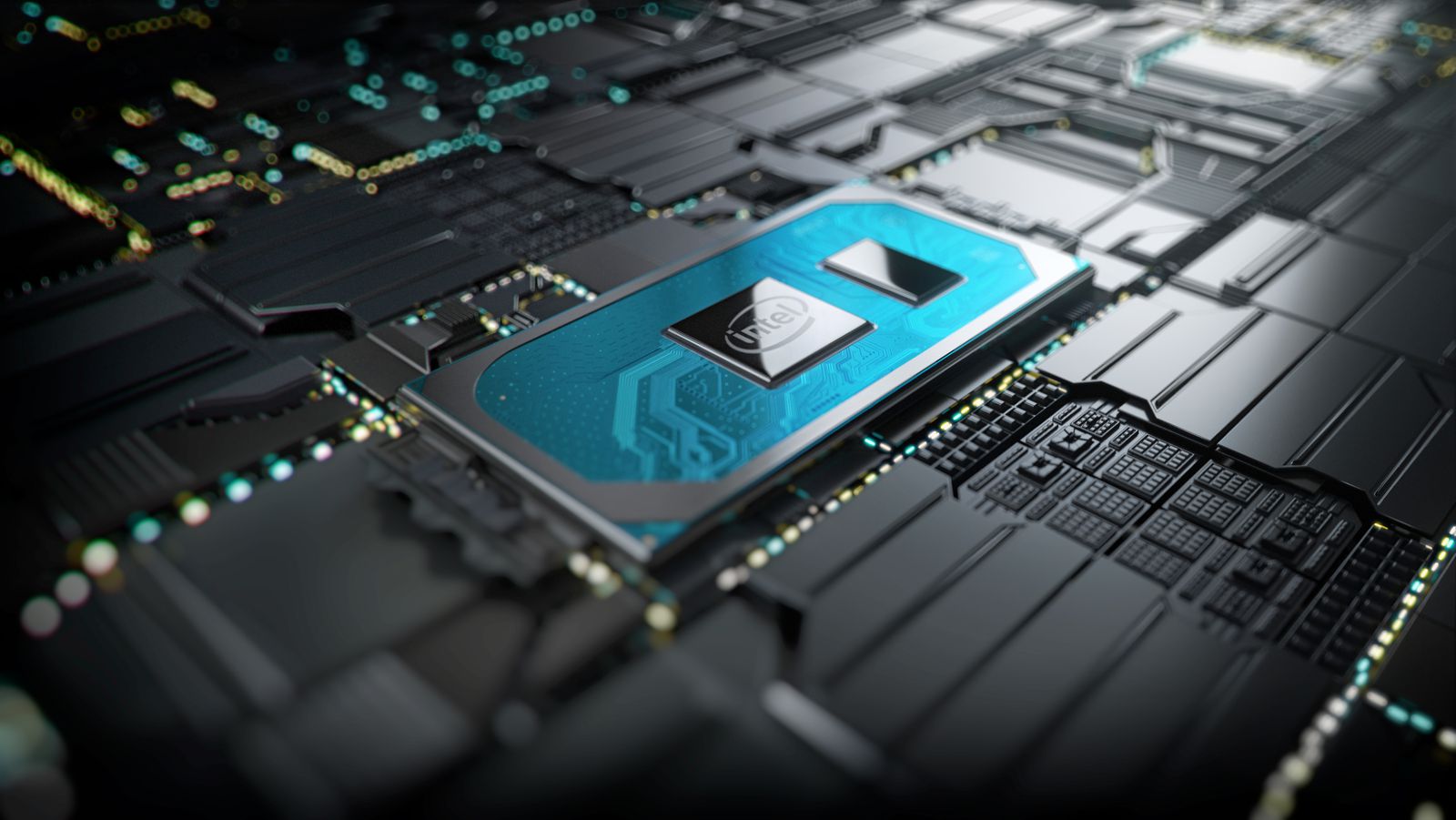 MacWorld’s Jason Cross explains that encryption, video compression and machine learning tasks will execute a lot faster with these new Intel chips thanks to the company’s Gen11 graphics architecture for up to double the graphics performance.

Quick Sync video compressions is more than 30 percent faster, as is AES encryption and other tests optimized for every wide vector operations. If Apple puts these chips in a MacBook, we expect most day-to-day tasks to feel about the same as the current generation, but compressing or decompressing large files and encoding video to certain formats should be a lot speedier.

The integrated GPU doubles the performance on synthetic graphics benchmarks versus Intel’s Whiskey Lake chips, even managing to get close to ultra-low-power GeForce MX 510 running at a 10-watt configuration. Real-world graphics performance measured in games like “World of Tanks Encore” and “Counter-Strike: GO” shows a 50+ percent speed boost. 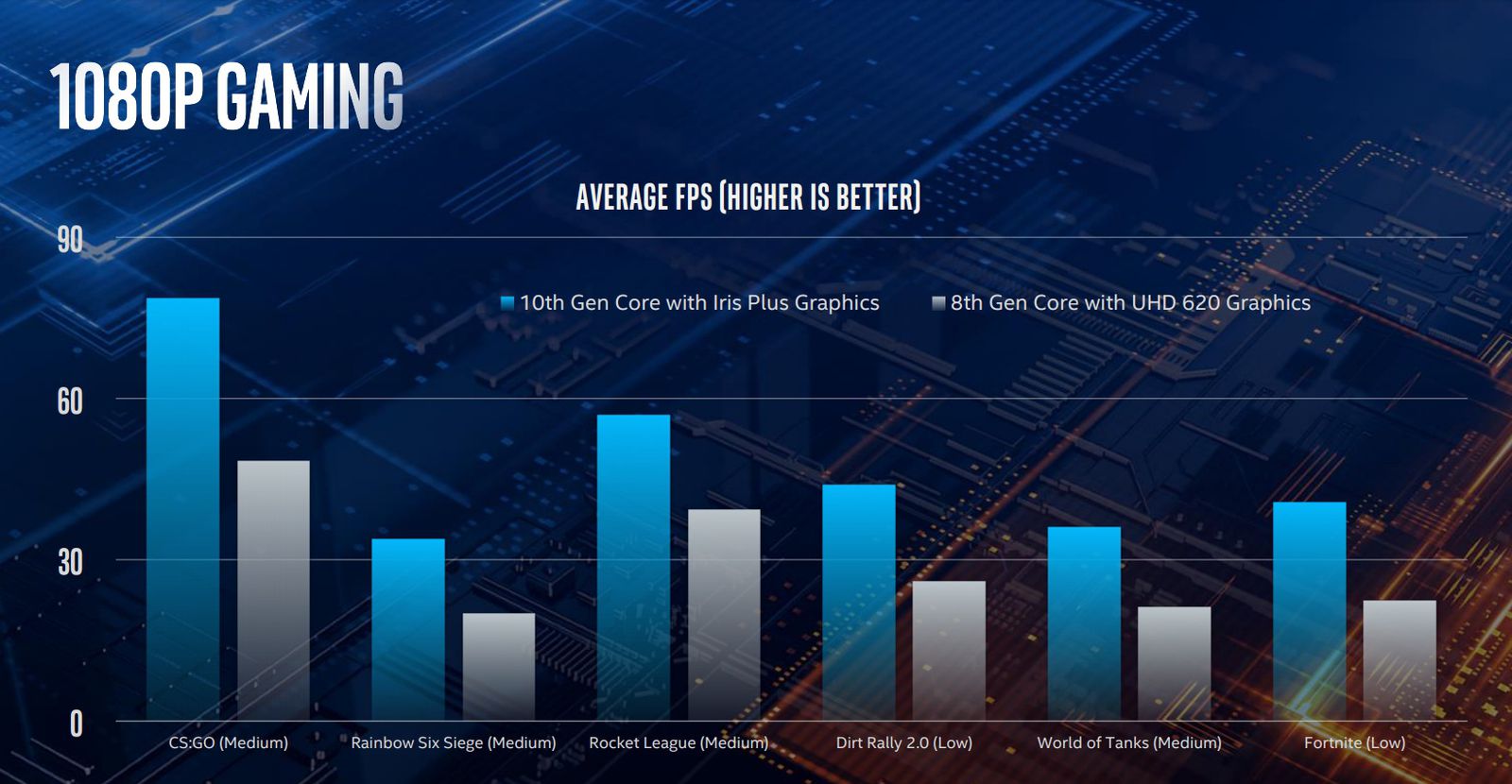 In terms of encryption, Mac notebooks use Apple’s T-series security chips to encrypt/decrypt data on the fly as it’s written/read from flash storage without taxing the CPU. For security reasons, these crucial operations likely won’t be handed off to the new Intel chips. It remains to be seen how Ice Lake silicon performs vs. Apple T2 in terms of video compression. Apple says exporting shot-on-iPhone 4K footage encoded with the H.265 codec using Final Cut Pro happens 40 times faster than without T2’s hardware acceleration. Apple’s higher-end laptops with a dedicated GPU, like the 15-inch MacBook Pro models, will benefit from faster Intel graphics when running on battery power. 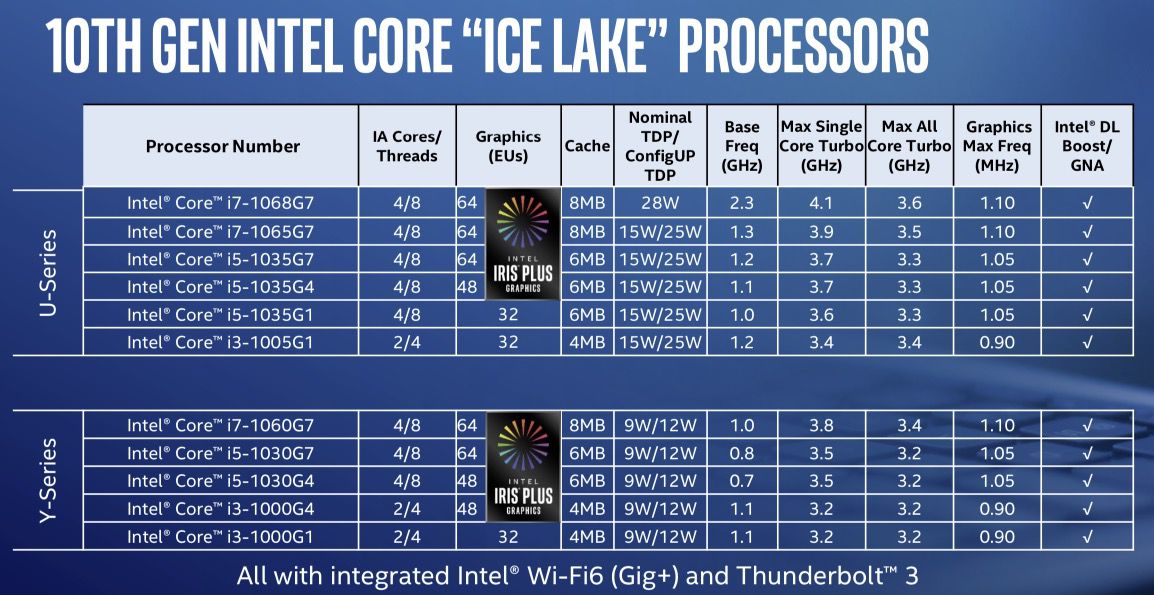 In terms of CPU, Intel says the new chips will offer an overall 18 percent improvement in instructions-per-clock (IPC) across a wide variety of tasks. Jason Cross cautions that this speed boost is somewhat offset by the new chips having significantly lower base and boost clocks than the Amber Lake and Coffee Lake-U chips they are replacing. 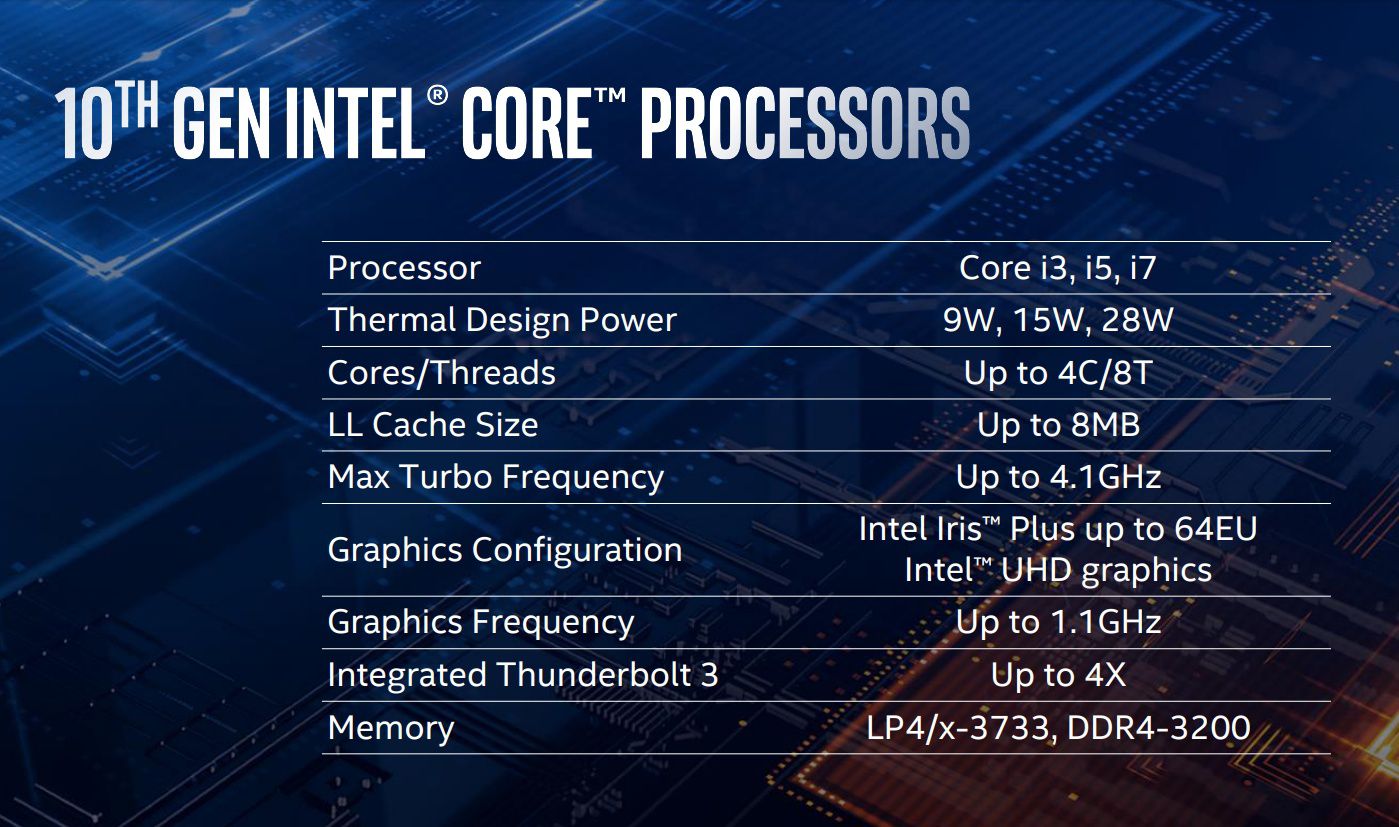 Other features of the new Ice Lake chips include the latest Wi-Fi 6 wireless protocol (802.11ax), Thunderbolt 3, DisplayPort 1.4 HBR3, HDMI 2.08, HDR10 and Dolby Vision, in addition to better logic board integration paving the way to even thinner and lighter notebook designs down the road. Computers featuring the new chips will be able to connect to three simultaneous 4K displays at 120Hz, a pair of 5K displays at 60Hz or a single 8K display at 30Hz.

First Ice Lake-powered gadgets are expected in time for the holiday shopping season. 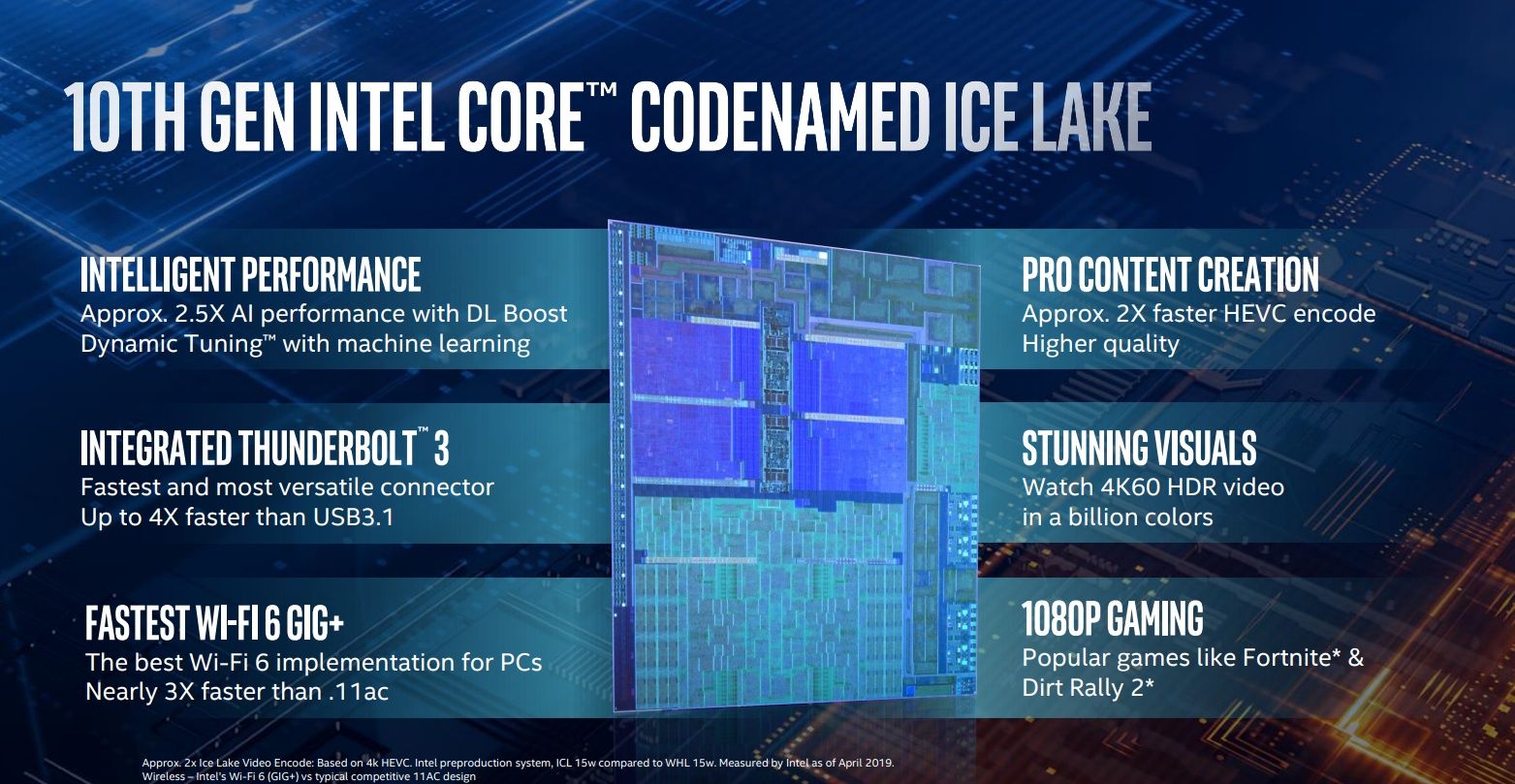 Apple is rumored to be releasing a 16-inch MacBook Pro model aimed at creative pros and gamers, but don’t expect it to use the new Ice Lake chips because they’re aimed at entry-level ultra-thin notebooks like MacBook Air family or the discontinued MacBook range. Besides, the iPhone maker is rarely in the first wave of laptops to use a new Intel chip.