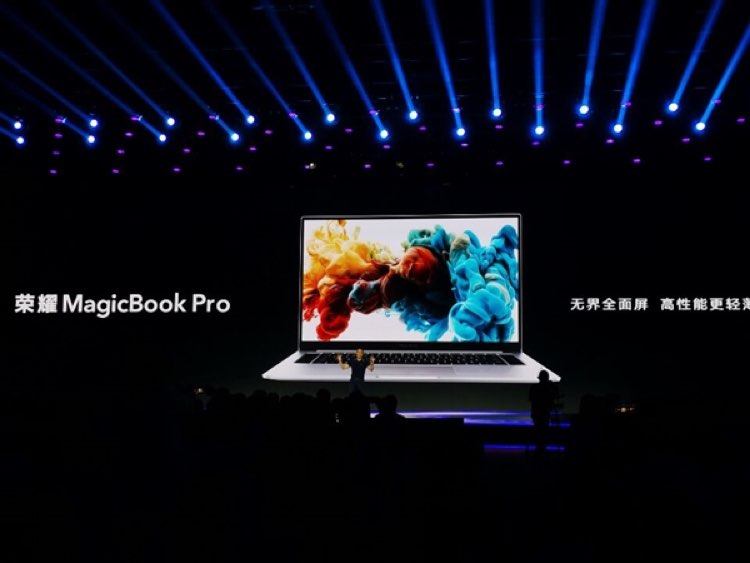 The fact that Apple is said to be building a new Mac notebook with a 16 to 16.5-inch display and fast hardware focused on gaming and pro users wasn’t lost on Huawei, which today pre-empted Apple’s upcoming computer by announcing a 16.1-inch MacBook Pro lookalike featuring a 100 percent sRGB wide color gamut and more.

The display features thin side bezels measuring only 4.9mm on each side, prompting Huawei to call the new 16.1-incher “the world’s first fullscreen laptop”. By comparison, the upcoming Apple notebook should also have thinner screen bezels, and there’s also talk of more ports and a new keyboard design to address the woes with the company’s butterfly keyboards.

GizChina reports the laptop is smaller and lighter than the 15-inch MacBook Pro, weighing in at only 1.7 kg, or 130 grams lighter than the 15-inch MacBook Pro. The machine features seven temperature sensors, silent performance with the noise level at normal operation about 25dB (equivalent to the amount of voice in the ear), a 14-hour battery life, WLAN dual-antenna with a maximum speed of 1733Mbps, a full-size backlit keyboard, a hidden front-camera and more.

Oh, and it has a touchscreen, too!

This is far from a brand-new computer from Huawei — the company has been selling notebooks under the Honor MagicBook brand for some time now. However, the timing of the announcement is certainly interesting. Apple, as you know, is expected to release the 16-inch MacBook Pro and other refreshed Mac notebooks some time in October so it’s curious that Huawei would release a similarly-sized notebook ahead of Apple’s announcement.

What do you think about the new Honor MagicBook Pro?