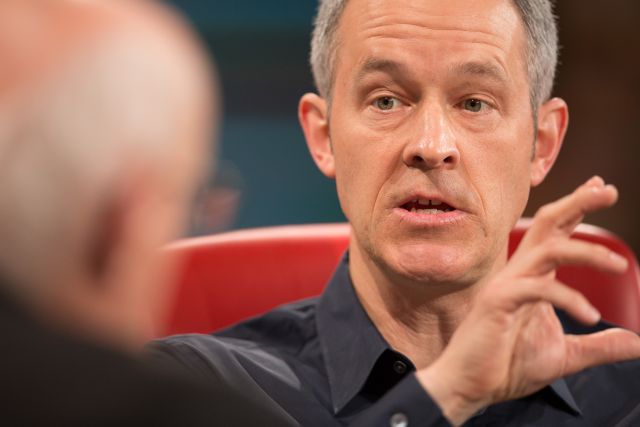 Recently, Apple made an announcement that Jony Ive, the company’s longstanding design lead, was leaving the company. As a result, an executive shuffle took place and Jeff Williams found himself leadings the design charge at Apple.

Before the end of 2019, Apple’s design team is going to change. Jony Ive is on the way out and Jeff Williams will be taking the design torch from that point on, with two powerhouse designers answering directly to him. This new shift for Apple’s Chief Operating Officer is a clear indicator that he’s taking up more responsibilities than he already has, and, at least according to a new profile of the executive, a sign of how just important Williams is to the company.

Bloomberg has the profile of Williams, coming right out and saying that the executive is “unambiguously the second-most important person at Apple”, and even adds that Williams is “heir apparent” to the CEO seat at Apple when Tim Cook departs. Interestingly, Williams is described as being quite a lot like Cook: modest, a demanding leader, and disciplined.

He’s negotiated with suppliers, shipped hundreds of millions of devices a year from Chinese factories to the rest of the globe, and been a bit more hands-on with product development than Cook, they say. Williams attends weekly reviews of product and industrial design progress, subsequently briefing Cook for a final signoff, and has been the lead executive shepherding the Apple Watch to market. Within Apple, Williams is broadly regarded as a strong choice for the top job, and current and former colleagues say management had been steadily positioning him as such long before Ive’s departure.

The profile points out that Williams is not a stranger to design as a whole. While Ive led design development of the Apple Watch, Williams has been leading the smartwatch team at Apple since 2013, and was part of the product launch in 2015. In a separate, earlier report, it was detailed how Williams pushed for more features in the Apple Watch, including its focus on health, and even cellular connectivity.

Williams took over leadership of the Apple Watch development team in 2013 after pitching the smartwatch’s use as a health tool, and spoke for the first time at a product launch in 2015, announcing the company’s health research efforts. Since his appointment as COO later that year, he’s announced each subsequent version of the smartwatch, cut the ribbon on a nine-figure investment in Kentucky glassmaker Corning next to Senate Majority Leader Mitch McConnell, and taken on more responsibility in Apple’s day-to-day product development.

Now, Williams is already hands-on with the development of devices across all of the markets, not just the Apple Watch:

Williams now oversees the development of all Apple hardware products, holding weekly meetings to gauge their progress. Although the process is formally called NPR, or New Product Review, some employees call this the “Jeff Review.” During the development of the AirPods, some of them noticed that Williams continued wearing Apple’s wired headphones instead of the new product. Williams wasn’t yet happy with the fit of the wireless model.

So it sounds like Williams is a shoe-in for the next CEO role at Apple, whenever Cook does depart. But while there has been some speculation that Apple’s design power would take a hit with Ive’s exit strategy in place, it sounds like the company is probably in good hands with a longstanding, consistent executive ready to take up the reins.

One other interesting bit from the report is that the 18-karat gold case Apple Watch, the Edition that could cost upwards of $17,000, saw some attention right out of the gate, but sales tapered out within two weeks.

The Apple Watch wasn’t an immediate hit on the level of the iPhone or even the iPad, and the first model was sluggish and lacked must-have apps. The company discontinued the exorbitant gold versions after a year; it sold in the low tens of thousands of them, but few after the first two weeks.

The full report is definitely worth a read.