Pwn20wnd released unc0ver versions 3.3.4 and 3.3.5 just this morning with support for Jake James’ Sock Port exploit, which can be used to jailbreak A7-A9(X) devices running iOS 11.0-12.1.4. But as it would seem, these releases weren’t bug-free, prompting Pwn20wnd to update unc0ver once again this afternoon to version 3.3.6.

Pwn20wnd announced the release of unc0ver v3.3.6 via Twitter not long ago, noting that it would resolve issues with the Sock Port exploit failing to jailbreak specific 4K devices: 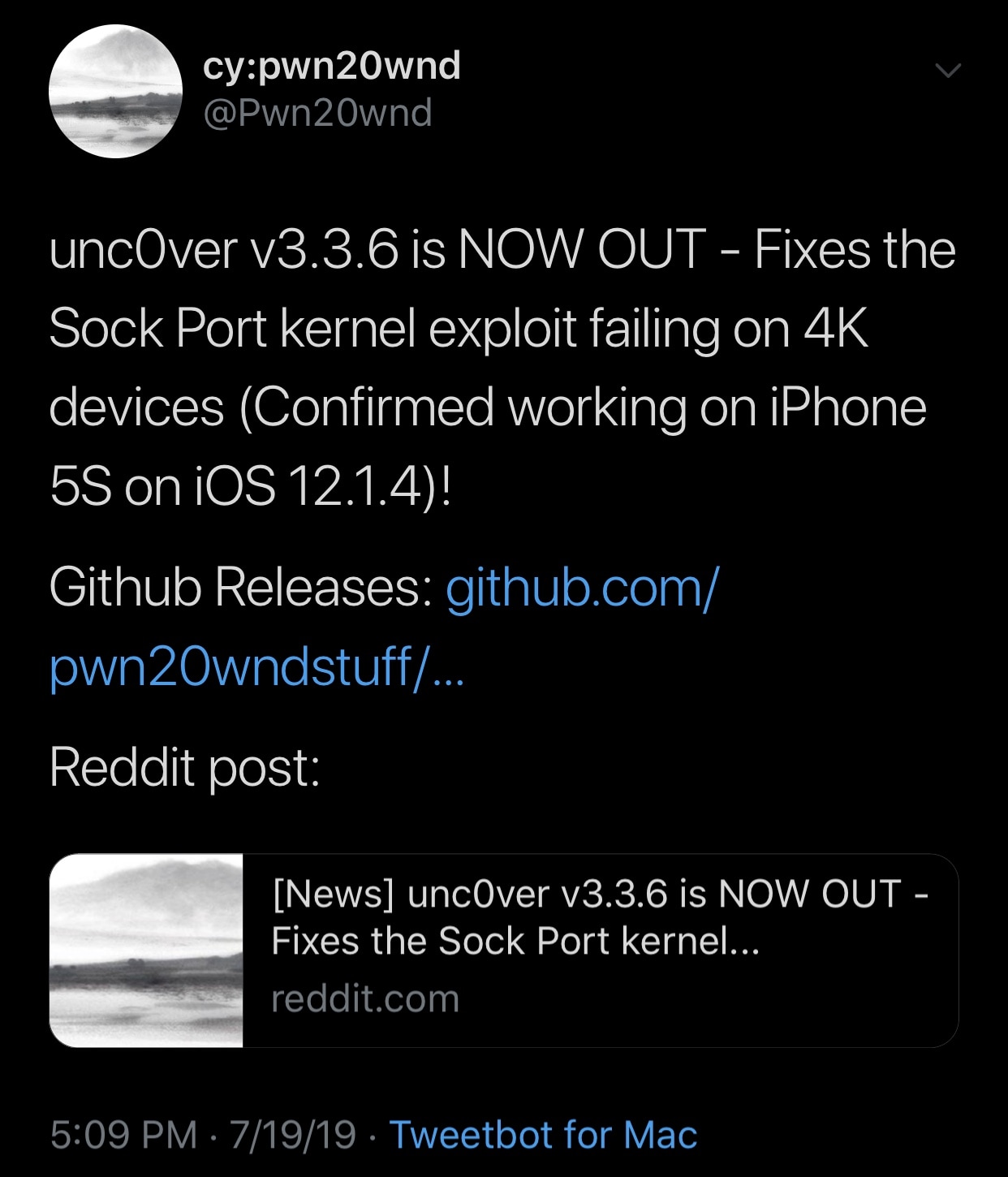 The full change log from Pwn20wnd’s GitHub page below:

If you were having problems jailbreaking one of the newly-supported iOS device and firmware combinations this morning, then you may want to give unc0ver v3.3.6 a try, as it appears to tackle these issues head-on.

Like all other unc0ver releases in the past, you can download unc0ver v3.3.6 from Pwn20wnd’s official GitHub page. You can also reference our in-depth tutorial regarding how to use unc0ver to jailbreak your iOS 11.0-12.2 device(s).

Has unc0ver v3.3.6 fixed any problems you were having in recent iterations? Let us know in the comments section below.