The hacker announced the two updated versions of unc0ver just this morning via Twitter, noting that they would add support for Jake James’ Sock Port exploit for iOS 11.0-12.1.4 on A7-A9(X) devices and improve the reliability of other exploits: 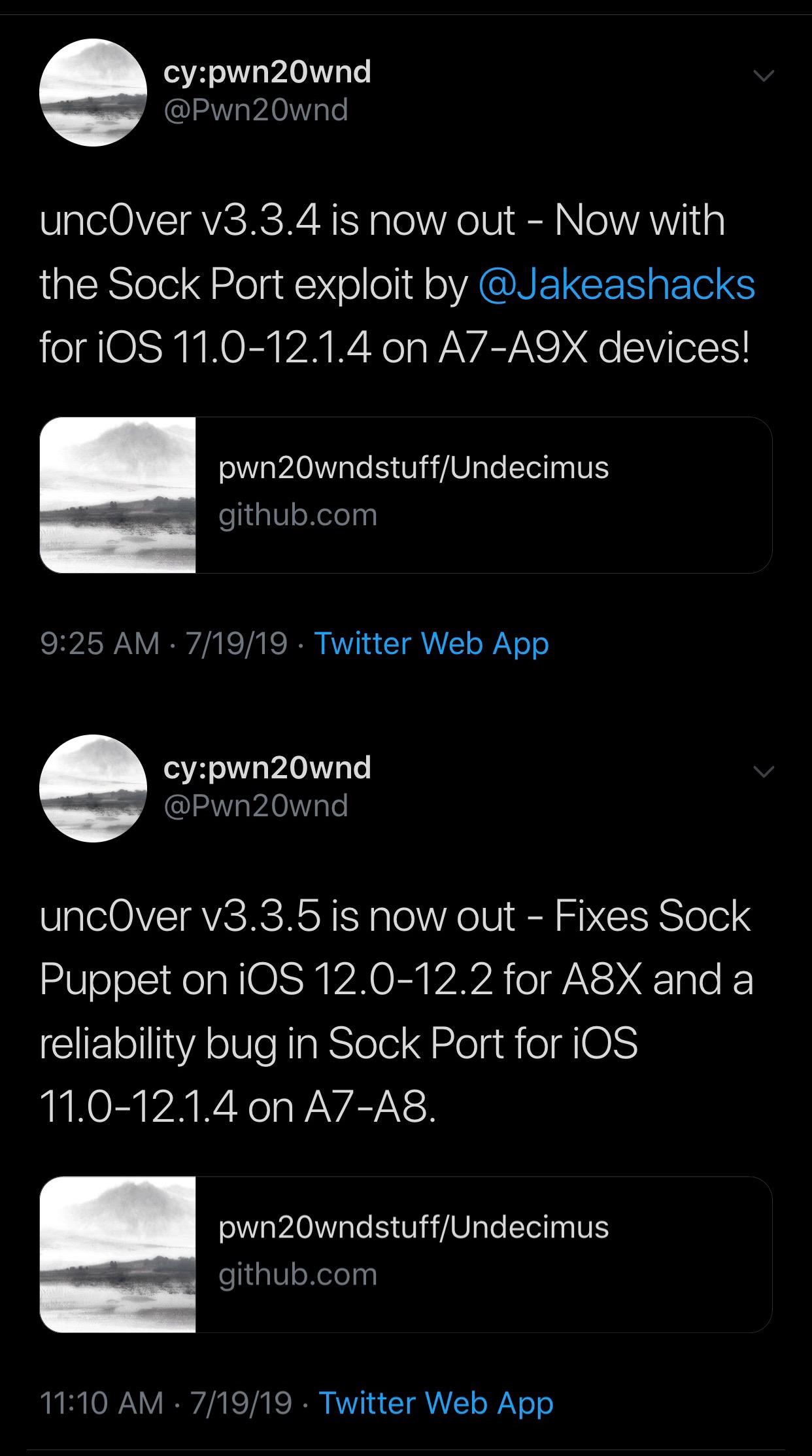 Each of these updates are official public releases, not betas, and with that in mind, they should be plenty stable for the general public to download and use. Obviously, we’d recommend using the latest version of unc0ver (v3.3.5) if you haven’t already to take advantage of the latest bug fixes and improvements, especially if you have one of the newly-supported devices by way of the Sock Port exploit.

The latest version of unc0ver is available to download from Pwn20wnd’s GitHub page. If you’ve never used the unc0ver jailbreak tool before, then you can follow our in-depth tutorial regarding how to use it.

Are you excited to see all these new exploits and updates for the unc0ver jailbreak tool? Let us know in the comments section below.