Following yesterday’s Sock Puppet exploit release by @NedWilliamson, jailbreak developers such as Pwn20wnd and the Electra Team have been scrambling to implement support into the unc0ver and Chimera jailbreaks.

While the unc0ver jailbreak has supported Sock Puppet since yesterday afternoon, the Electra Team said that it was internally testing iOS 12.2 support for Chimera and that a release was imminent. Despite having no stern ETA at the time, the Electra Team officially released Chimera v1.2.0 just this morning with support for iOS versions 12.1.3-12.2. 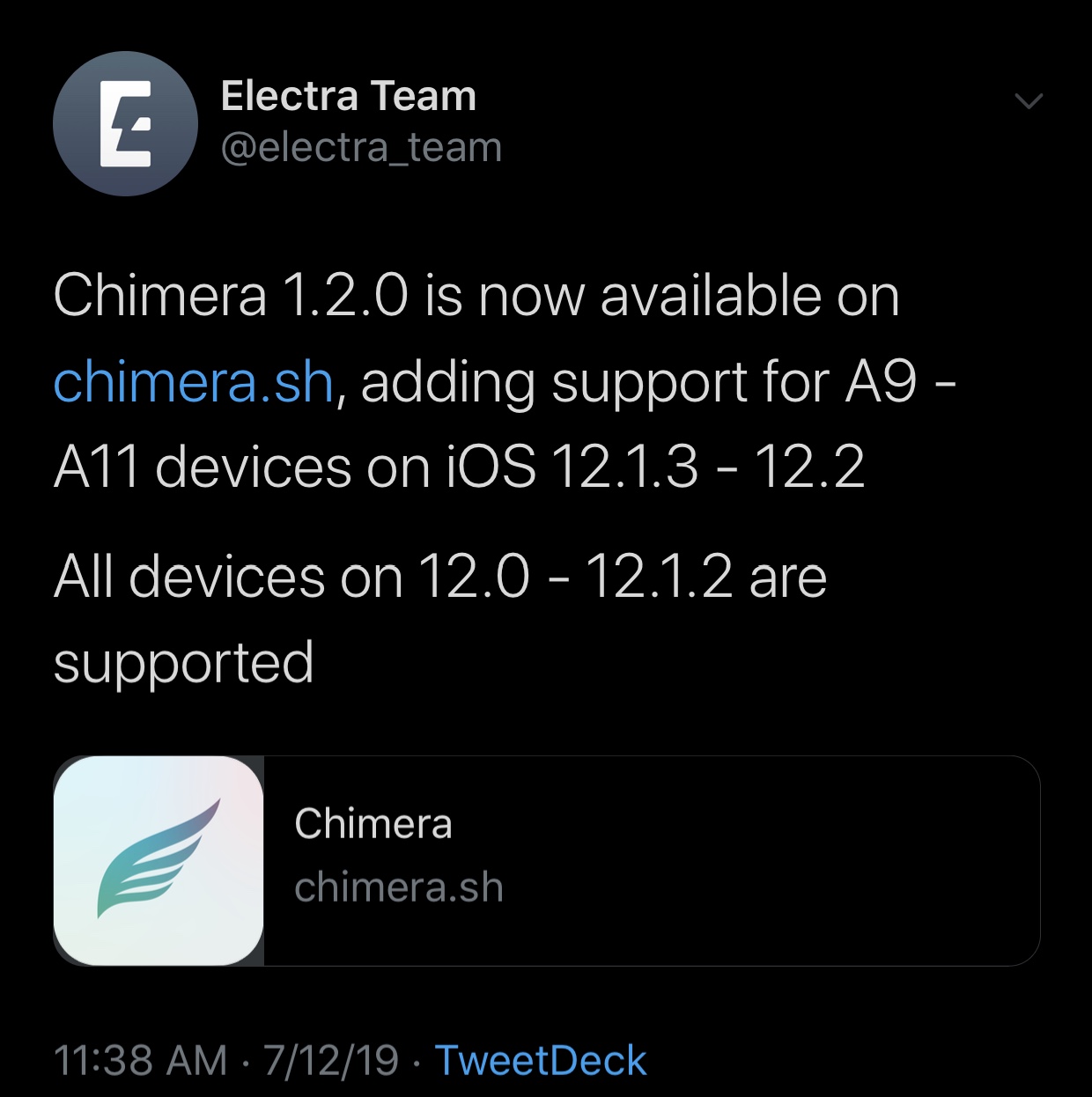 It’s worth noting that 4K devices, such as the A7-A8 varieties, and A12(X) devices, aren’t yet supported by Chimera. Just this morning, Pwn20wnd pulled A7-A8 device-centric Sock Puppet support from the unc0ver jailbreak as well, noting that it was broken on these devices. It remains to be seen if the Sock Puppet exploit can be optimized to work on these handsets.

If you’re on iOS 12.1.3-12.2, and you’ve been waiting to jailbreak with Chimera such that you could enjoy its Sileo-centric experience, then you can now download the latest version (1.2.0) of the tool from the official Chimera website. Those using an earlier version of the tool can download and deploy the newest version at their discretion.

If you’ve never used Chimera to jailbreak an iOS device before, then you can follow the steps in this updated tutorial to learn how.

Are you excited that the Electra Team’s Chimera jailbreak now supports iOS 12.1.3-12.2 on at least a few more devices? Let us know in the comments section below.