It wasn’t long after the Sileo Team released Sileo v1.1.5 with expanded Swift support that the Electra Team followed up with an updated iteration of the iOS 12-centric Chimera jailbreak tool.

The Electra Team announced the release of Chimera v1.1.0 just moments ago via Twitter, noting that the update would install Sileo v1.1.5 by default and resolve a particularly frustrating bug in which the Sileo app would disappear from the Home screen after jailbreaking: 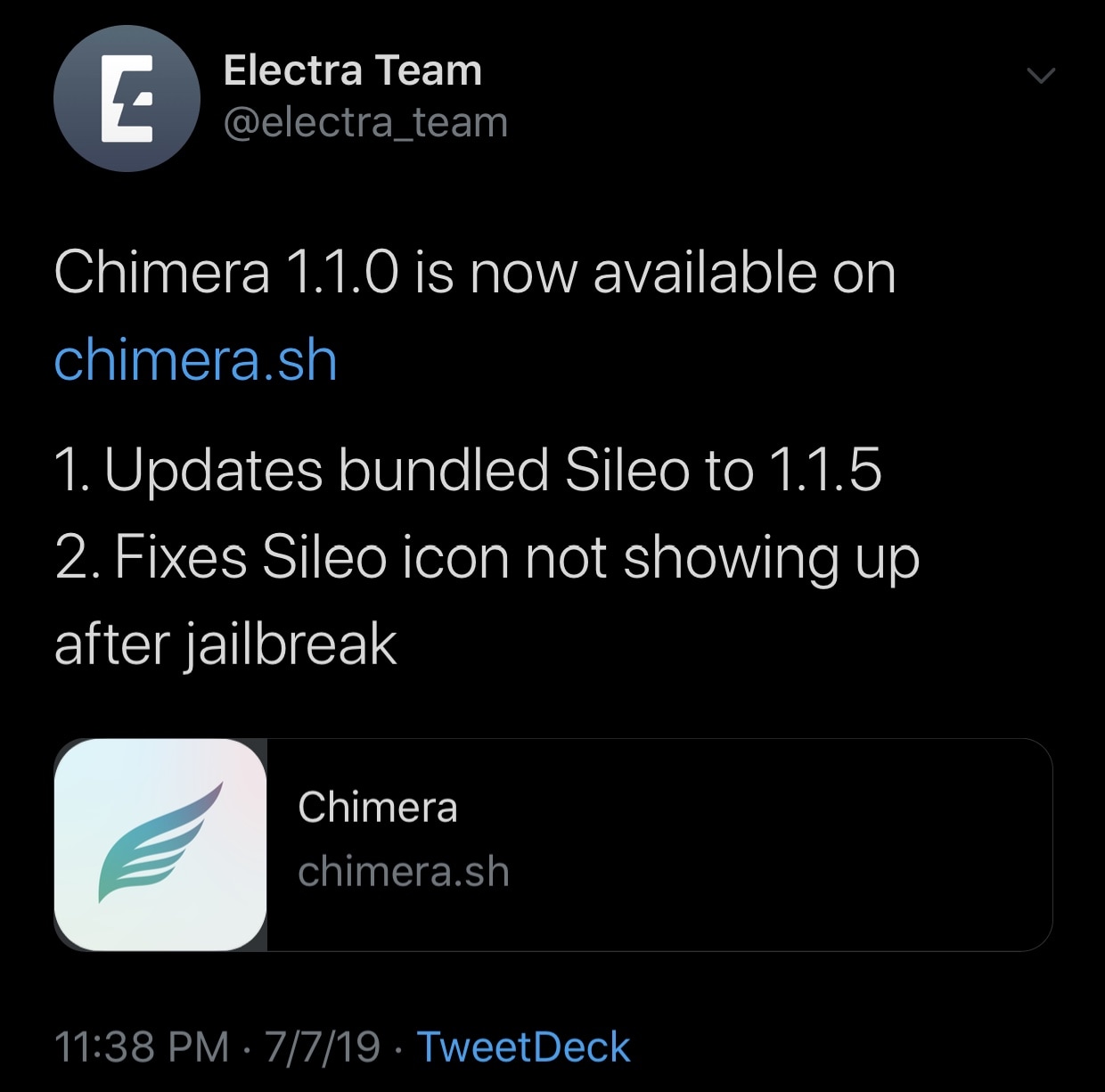 As it would seem from the release notes, Chimera v1.1.0 isn’t a significant update; but it does contain what most would consider essential bug fixes and improvements that would benefit the masses. With that in mind, this update is recommended for all Chimera jailbreak users.

Like with previous versions of the Chimera jailbreak tool, Chimera v1.1.0 is available as a free download from the official Chimera website and can be side-loaded onto your device with Cydia Impactor. Alternatively, you can use a signing service such as Ignition whenever the service uploads the latest version of Chimera.

If you aren’t sure how to jailbreak iOS 12.0-12.1.2 with Chimera, and you would like to, then be sure to check out our full tutorial.

Are you happy to see the Electra Team releasing frequent updates to resolve some of the Sileo disappearance problems? Discuss in the comments section below.