The Sileo Team released another update for the Sileo package manager over the weekend, continuing the team’s ongoing efforts to migrate the app’s backbone from Objective-C to Apple’s Swift programming language.

The update was announced late Sunday evening, and as it would seem, Sileo v 1.1.5 brings Swift support to native package depictions and to the app’s integrated Featured tab: 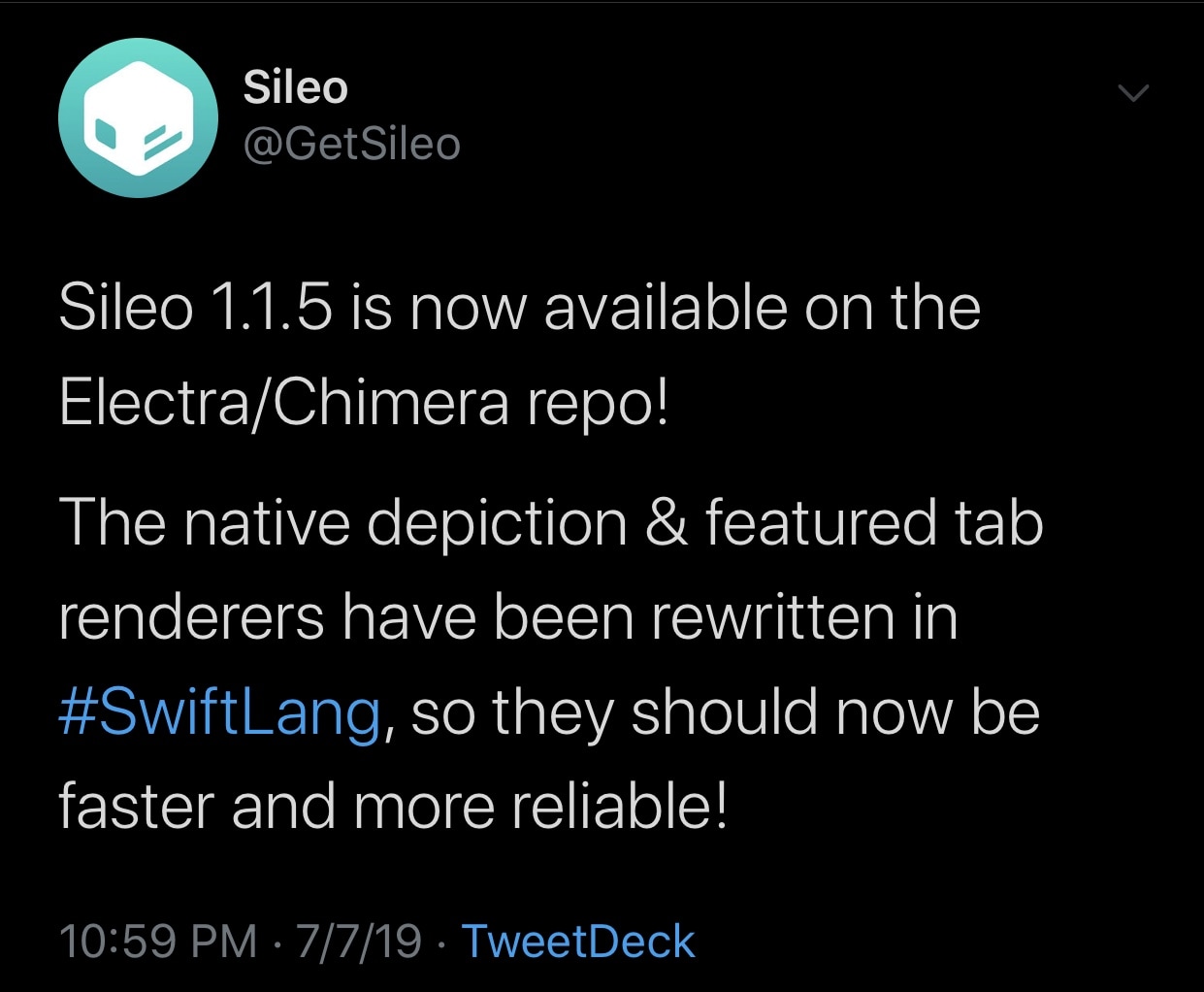 Some of the benefits of using Swift over Objective-C include performance and efficiency, both of which are important, especially on older devices where every speed improvement counts. According to the Sileo Team, this update will make the Sileo app faster and more reliable in everyday usage.

Perhaps unsurprisingly, Sileo v1.1.5 is only available on the Chimera and Electra jailbreaks, both of which come from the Electra Team. The update can be found in the default Chimera or Electra repository after refreshing your sources, depending on the jailbreak you’re using.

Sileo is not yet officially supported on Pwn20wnd’s unc0ver jailbreak, but developers are purportedly working to make a universal version of the package manager for all jailbreaks. It’s also worth noting that a Sileo Demo can be deployed on non-jailbroken handsets for those interested in trying the new user interface out.

If you’re using Sileo v1.1.4 or earlier, then you’re advised to upgrade to v1.1.5 at your earliest convenience to take advantage of the latest improvements. Upgrading isn’t mandatory, but it serves to your benefit.

Have you noticed any speed improvements in any of the latest Sileo releases? Let us know in the comments section below.