The rumor mill has been talking about a new MacBook Pro coming down the line for quite some time. And while the Federal Communications Commission has just approved a new MacBook Pro, this may not be that model.

This week, the FCC approved a new MacBook Pro with a model number A2159. This is currently a model that is not available for sale by Apple, and it actually popped up recently in a registration of 7 different MacBook Pro models in a Eurasian database. The FCC approval actually states specifically that this new model is a MacBook Pro, so there isn’t any confusion there as far as what this model number is hinting at any longer.

Of course, it’s worth noting that the MacBook Pro already received an update earlier this year. So the fact that Apple has another unreleased model in the pipe line is curious.

A Reddit post notes that this new model number has a rating of 20.3V – 3A Max, suggesting it could be a new 13-inch model. As noted by MacRumors, this could be a refresh to the 13-inch lineup that features a model without a Touch Bar. Apple did not update that family of Mac notebooks easier this year, so that could be a safe bet. 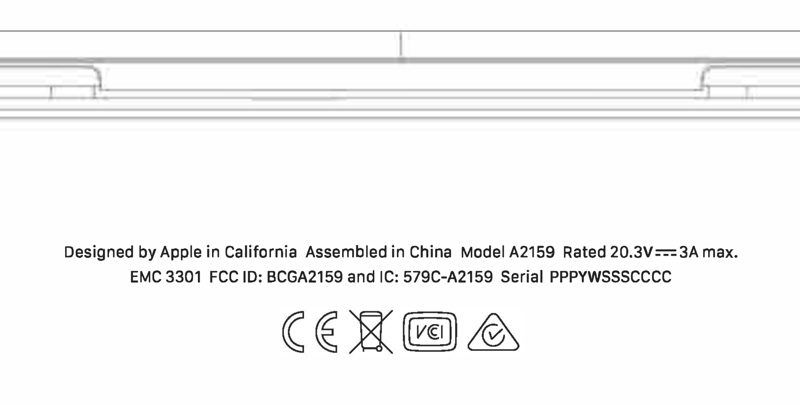 However, it is worth noting that rumors have suggested Apple is working on a new 16-inch MacBook Pro as well, which will feature a major redesign to its form factor. This could be that model, with a potential launch later this year.

FCC approvals are typically provided only a short period of time before a device’s official launch, so it does seem more likely that this is a new 13-inch MacBook Pro model rather than the oft-rumored 16-inch model.

And finally, in an interesting move, the FCC has also removed the documentation for the MacBook Pro with a model number A2159, which certainly adds another wrinkle to the story.

Either way, if you’re in the market for a new MacBook Pro, it might be worth waiting a bit longer before picking one up.