iOS 13 and iPadOS have changed how you get to your accessibility settings.

On iOS 12 and earlier, Accessibility used to be a sub-section within the Settings app.

But given the breadth and scope of many, many meaningful improvements to the assistive technologies across iOS 13, iPadOS and macOS Catalina 10.15, small wonder that Apple has decided to move the Accessibility section up a level so that it now resides in the root menu.

Getting to accessibility settings in iOS 13

Do the following to get to your accessibility settings:

1) Open Settings on your iPhone with iOS 13 or iPad with iPadOS.

2) Scroll a bit down until you see the Accessibility option. 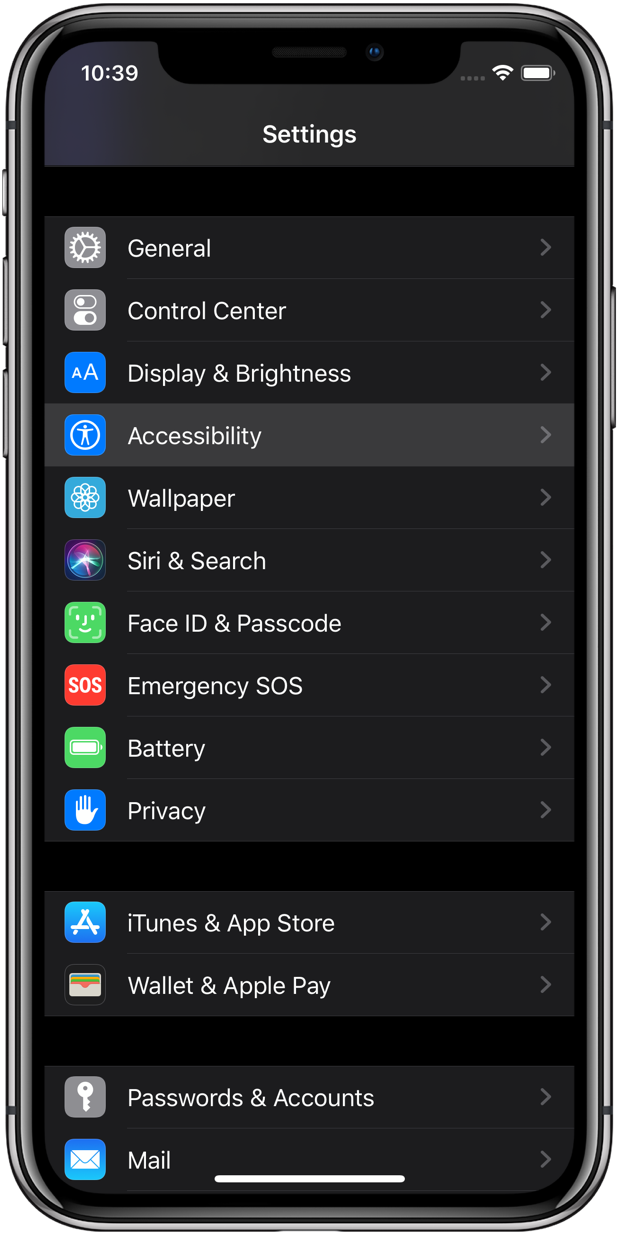 It’s nested right between the General and Display & Brightness sections.

As I mentioned, the prominent Accessibility placement reflects the importance of all the changes to Apple’s assistive technologies in iOS 13 , iPadOS and macOS Catalina.

Rightfully so, as explained further below.

Now, iPhone has had Voice Control nearly from its inception. Introduced in June 2009 as an iPhone 3GS exclusive, the rudimentary voice recognition feature predated Siri. Before iOS 13, disabling Siri altogether would prompt the operating system to turn on Voice Control.

Given how limited Voice Control was—it had zero. smarts and only supported certain commands, making meaning it was unaware of your context and it couldn’t decipher syntax variations—small wonder Apple’s completely rearchitected it.

TUTORIAL: How to use Voice Control instead of Siri

Voice Control in iOS 13 is a completely new feature that lets anyone use their voice to navigate any app that supports iOS’s assistive tech, like Voice Over. Voice Control uses tiny numbers that show up as labels on UI elements like buttons, menu items etc. Just say “Show numbers” to see numbers appear next to all clickable or items onscreen.

Now you can quickly select something just by saying a number. Another command – “Show grid” – pulls up a grid overlay on top of whatever app you happen to be using, and that lets you create commands that pas an arbitrary portion of the app as an argument.

It’s really amazing, check it out in action.

Voice Control is also available on the Mac with macOS Catalina 10.15.

Aside from helping you navigate the iOS user interface and apps efficiently, Voice Control in iOS 13, iPadOS and macOS Catalina takes full advantage of Siri’s machine learning-powered speech recognition engine for accurate dictation, and it also supports custom words to ensure the feature recognizes any special words you commonly use.

You can even use Voice Control to correct a word, style text, get emoji and word suggestions, use voice to perform gestures, record multi-step gestures and so forth. And because this os Apple, not Google or Microsoft, all audio processing happens on your device, ensuring personal data stays private.

iOS 13 also takes advantage of Attention Awareness, a feature for newer devices with Face ID that in iOS 12 dims the display and lowers the alert volume when you’re not looking at the front TrueDepth camera. On iOS 13, if Attention Awareness has been enabled the operating system will stop interpreting your voice as dictation the instant you look away to talk to someone.