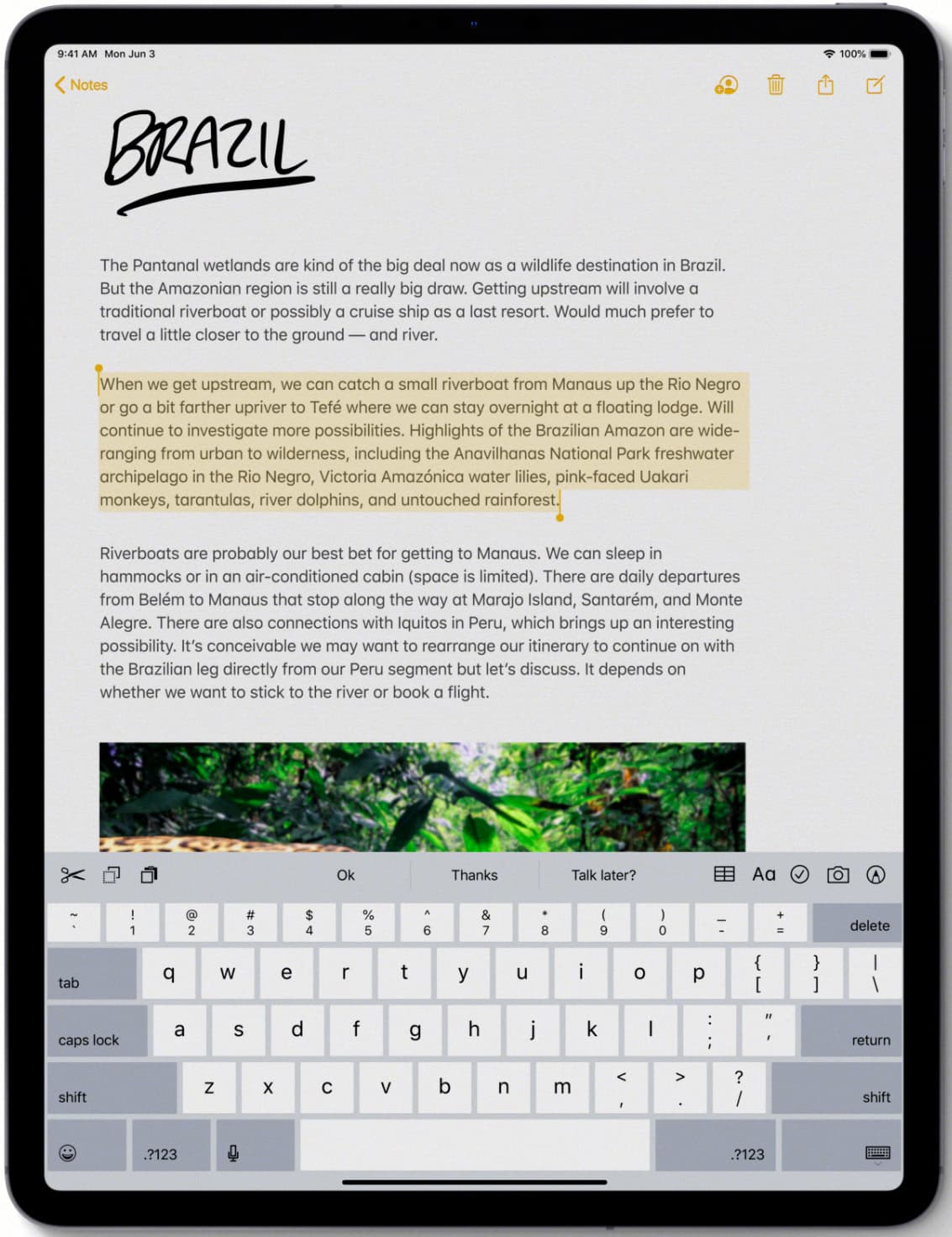 Apple introduced a brand new, dedicated mobile operating system for its iPad lineup at this year’s WWDC keynote. iPadOS lets the iPad branch off iOS 13, giving it more features that take advantage of the larger display size when compared to iPhones. That includes tweaks to the software keyboard.

Apple made enough changes to the keyboard in iPadOS that it took some time on stage at this year’s keynote to discuss the major details. That includes the ability to have the keyboard float around to other locations on the display, giving more room to the apps you’re using. The keyboard also features what Apple calls QuickPath, an easy way to swipe across the software ‘board to say what you want to say.

But, here are the major bullet points in our quick overview for the new keyboard in iPadOS:

The QuickType Keyboard Floats Down Here 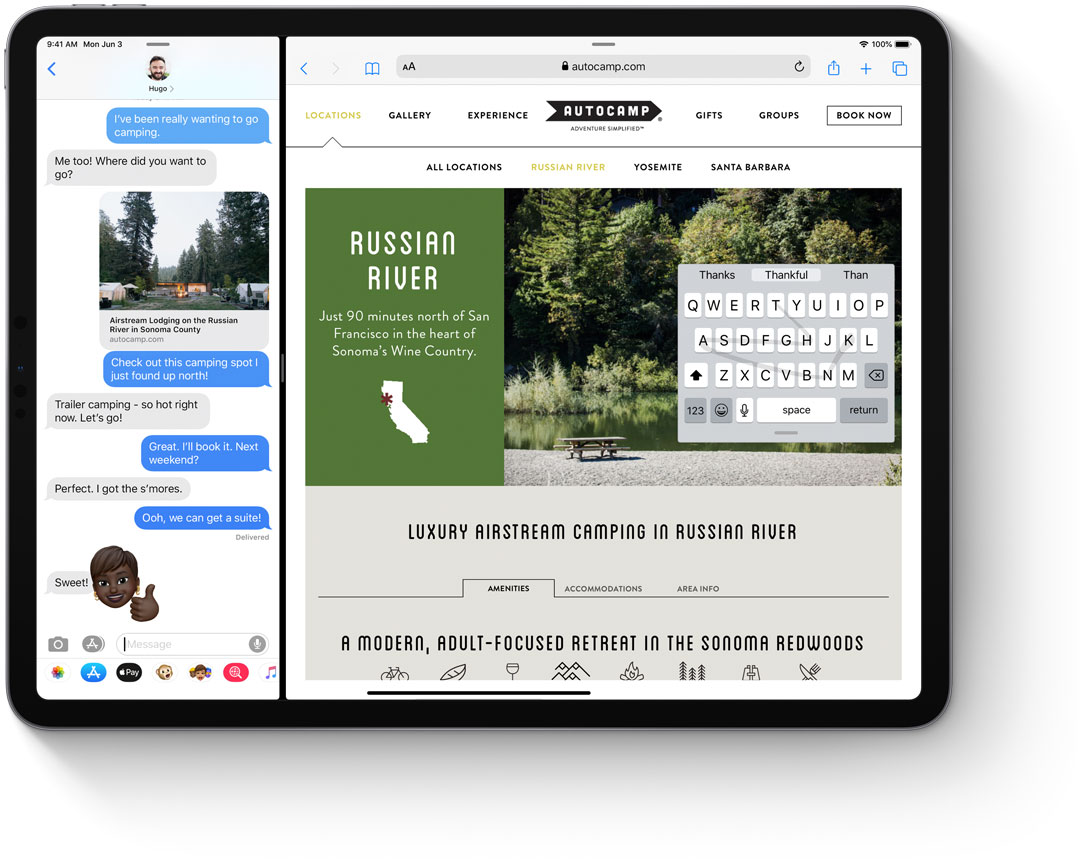 Apple’s QuickType keyboard has always been one of the strongest elements of the company’s software, and it’s learning how to float with iPadOS. Apple knows that you’re probably using an app or two while interacting with your iPad, and that large keyboard at the bottom of the screen might get in the way. So why not make it float around the display?

The QuickType keyboard now has the ability to float, making it easy for the user to move it around the screen based on whatever app(s) they’re using. Apple says the user needs to pinch the QuickType keyboard to shrink it down, making it much more manageable. From there, the user will be able to move it around the screen to pick the perfect spot based on whatever they’re doing. 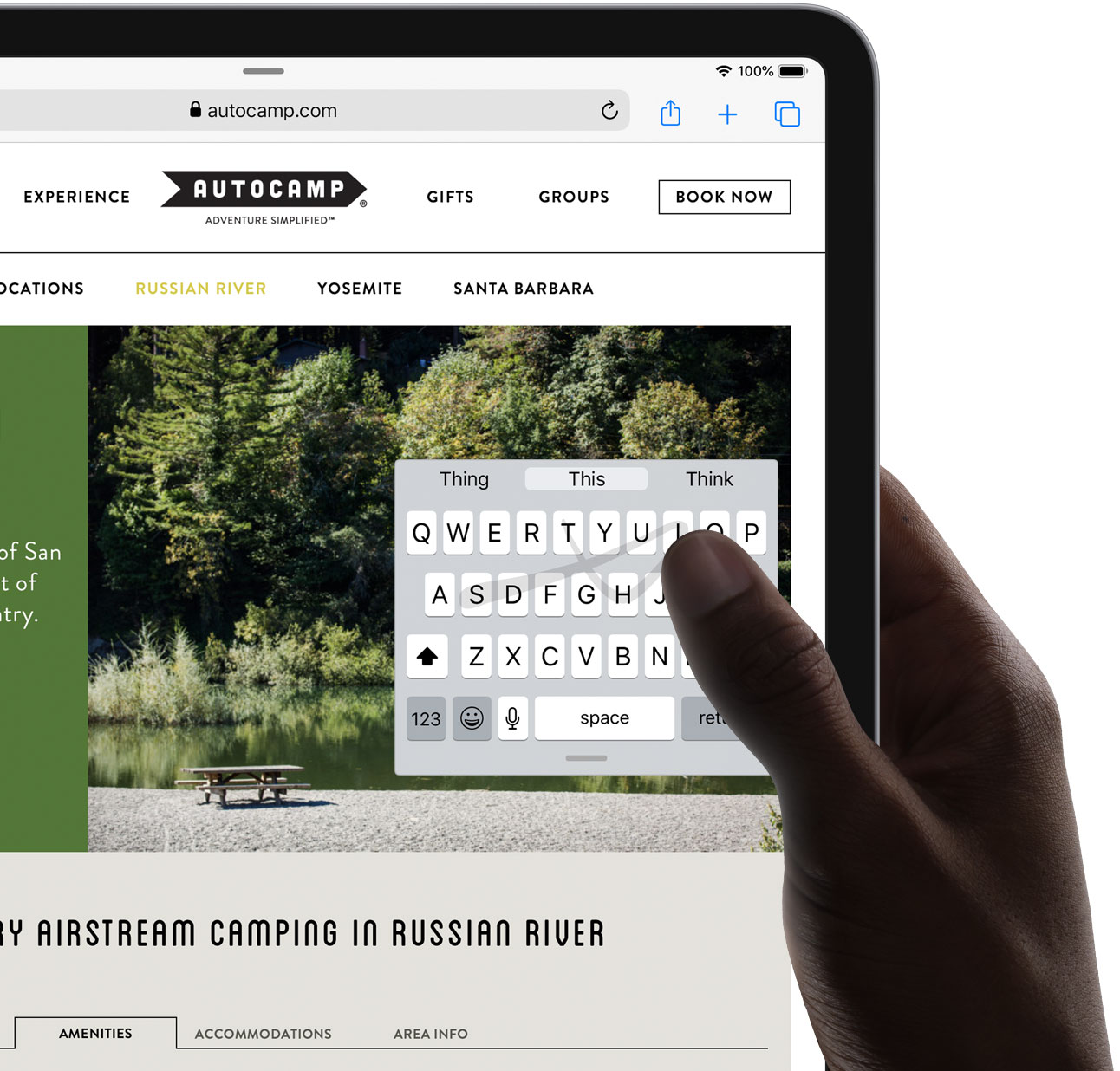 QuickPath for the QuickType keyboard will let you swipe instead of tap, if that’s something you’re interested in. QuickPath allows the user to swipe from one letter to the next as they form each word, rather than typing out individual letter. This also allows the user to keep their finger on the keyboard as they move along, rather than having to remove it to input each word.

What’s more, Apple says that QuickPath and tapping aren’t individual features you’ll need to switch on and off. That means users will be able to swipe or tap, even in the middle of a sentence. It all just boils down to how the user would like to input the words they’re trying to write out.

That’s not all for the QuickType keyboard in iPadOS. Apple is also throwing in automatic language selection in the software for Dictation users. This means that the QuickType keyboard will automatically detect the language the user is using during their conversation and adjust accordingly. This will only work, though, if the user has enabled separate languages on the iPad they are using — up to four languages at a time. So while it’s automatic in usage, it does take some input from the user to start working.

Finally, alternate word selection. Apple says that with the new QuickType keyboard, alternate word options will appear in the predictive bar while the user is typing. This means while the user is going through a conversation, or typing up a report, the QuickType keyboard will offer up different words based on what they’re typing, letting them choose a different option if they like that one better.

The QuickType keyboard has been a stable experience for years now, but these new features are welcomed. It’s been a curious thing to watch Apple ignore swipe typing for as long as they have. But, as some users will probably admit once QuickPath launches to the public later this year, better late than never.

Are you looking forward to QuickPath or the floating keyboard?