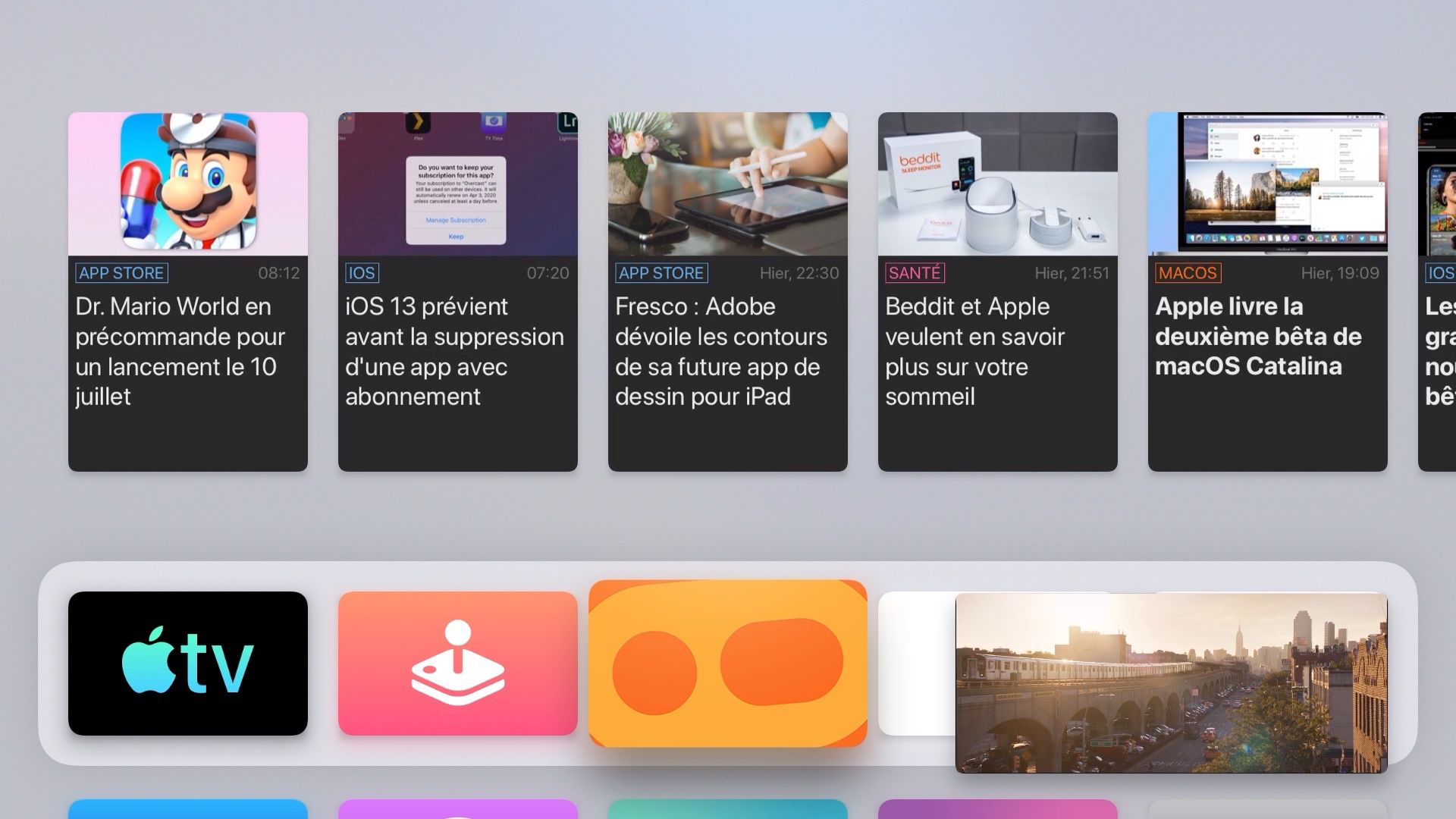 The second developer beta of tvOS 13 that dropped yesterday includes support for Picture-in-Picture video playback, bringing this handy feature for the first time to the Apple TV box.

As first noted by French blog iGen.fr, you can now watch a show in a floating video overlay while multitasking and navigating the tvOS user interface. For instance, you could be playing a game while watching your favorite show using the new Picture-in-Picture mode in tvOS 13.

Picture-in-Picture debuted on iPad four years ago via the iOS 9 software update and on Mac the following year with the macOS Sierra update. The feature looks nearly identical across iPad, Mac and Apple TV so if you have ever used Picture-in-Picture on your tablet or computer, you’ll feel right at home on your Apple TV.

Picture-in-Picture multitasking is unsupported on iPhone.

How do you like this feature addition in tvOS 13?

Let us know by in the comments!