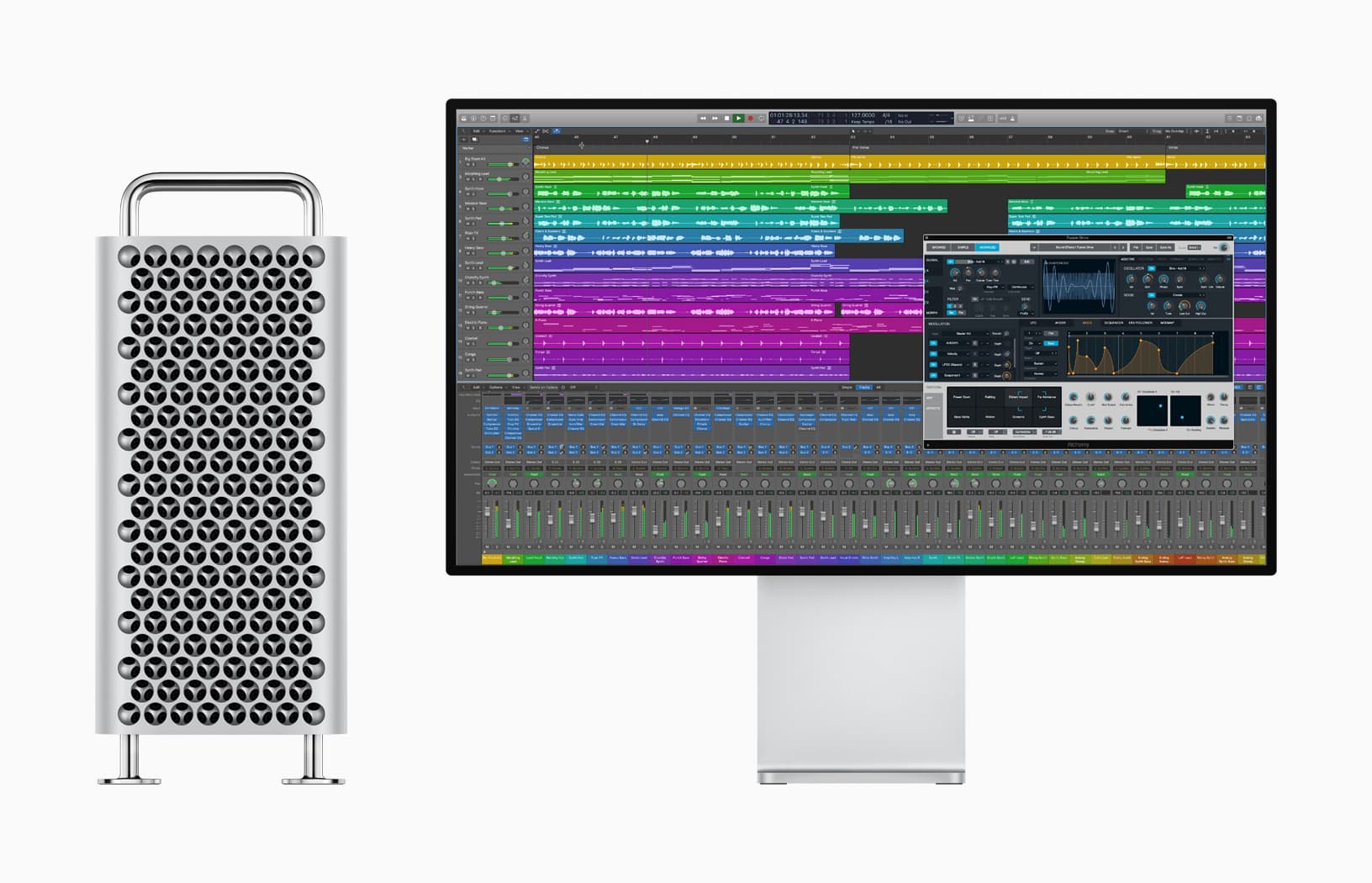 Later this year, Apple is going to launch the brand new, ridiculously powerful Mac Pro. Ahead of that, Apple has decided to update Logic Pro X to tap into the new desktop workstation’s “tremendous power”.

Apple on Thursday officially released an update for Logic Pro X, the company’s professional-grade music production software. While Apple’s official announcement of the new software goes out of its way to promote the performance upgrades meant to welcome the beastly Mac Pro, the company also points out that the latest update’s performance improvements are meant for all Logic Pro X users, whether they plan on upgrading to the Mac Pro or not.

The new software puts the version number to 10.4.5.

Mac Pro together with Logic Pro X 10.4.5 allows pro musicians to do things never before possible in the production process. With the new Mac Pro, Logic can now run up to five times the number of real-time plug-ins compared to the previous generation Mac Pro. Logic Pro X 10.4.5 increases the available track and channel count for all users, now supporting up to 1,000 audio tracks and 1,000 software instrument tracks, providing four times the number of available tracks for the most complex productions. Additionally, Logic Pro X now supports 1,000 auxiliary channel strips, 1,000 external MIDI tracks and 12 sends per channel strip. Users can also expect improved responsiveness of the Mixer and Event List when working with large sessions, and projects with numerous Flex Time edits and tempo changes perform more efficiently than ever.

Apple also took some time in its announcement today to let music composures gush about Logic Pro X, including a comment from Daniel Pemberton, the composure behind hit movies like Spider-Man: Into the Spider-Verse and Ocean’s 8, among others:

Logic is my primary creative tool for composing music, playing a key role in creating the scores for ‘Spider-Man: Into the Spider-Verse’ and ‘The Dark Crystal: Age of Resistance.’ When you’re working, time is incredibly valuable and you never want to lose the flow of new musical ideas. I’m really excited to see the increased performance of Logic Pro X 10.4.5 along with the power, expandability and configurability of the new Mac Pro — together they will help me work even faster and let me focus more on being creative.” — Daniel Pemberton, composer for “Black Mirror,” “Yesterday” and “Ocean’s 8”

Along with the software performance improvements, along with the other changes mentioned above, Apple made a quick bulleted list to give awareness to a few other additions to the latest version of Logic Pro X:

If you already own Logic Pro X, then the update to version 10.4.5 is a free update. However, if you don’t already own the software then you can fork over $199.99 to make it yours (and all subsequent updates will be free).