Apple has unveiled a modular Mac Pro at WWDC 2019 today.

It’s housed in an aluminum enclosure that resembles the tower Mac Pro models, allowing the user to swap components as they see fit. There’s a stainless steel frame on the inside and the stainless steel handles on the outside. The user has 360-degree access to everything inside and, thanks for asking, PCI expansion is now back to the Mac and that’s huge!

You have eight PCI slots inside although one is taken by a built-in I/O card that gives you two Thunderbolt 3 port out the back along with two USB-A ports and that beloved 3.5mm audio jack. By the way, you also get two 10-gigabit Ethernet ports on this new Mac Pro. The machine is powered by a brand-new Intel Xeon processor with up to 28 processing cores and has 6 memory channels for the fast 2,9333 MHz ECC RAM for a total of 1.5 terabytes of memory.

That said, what really matters in a pro desktop is the GPU.

Apple has created something called the Mac Pro Expansion Module, or MPX, for GPU expansions. With fanless design, x16 PCI controller and multiple GPU options to choose from, including the Radeon Pro 580X and the latest Radeon Pro Vega II (delivering 14 teraflops of compute power with 32GB HBM2 memory and up to a whopping one terabyte per second memory bandwidth), the new Mac Pro will let you do more in creative apps than ever before.

A dedicated 300-watt power supply and massive heat sinks cool the GPU so it can run fully unconstrained all the time. Apple has also created a brand new hardware-accelerated graphics card, called Afterburner, that can process six billions pixels per second and allow the user to play unheard-of three streams of 8K video in the resource-intensive ProREs RAW codec, or a whopping twelve streams of 4K video at the same time, smoothly.

Most importantly, the Afterburner card lets you work with the Pro Res codecs directly (say goodbye to proxy workflows). 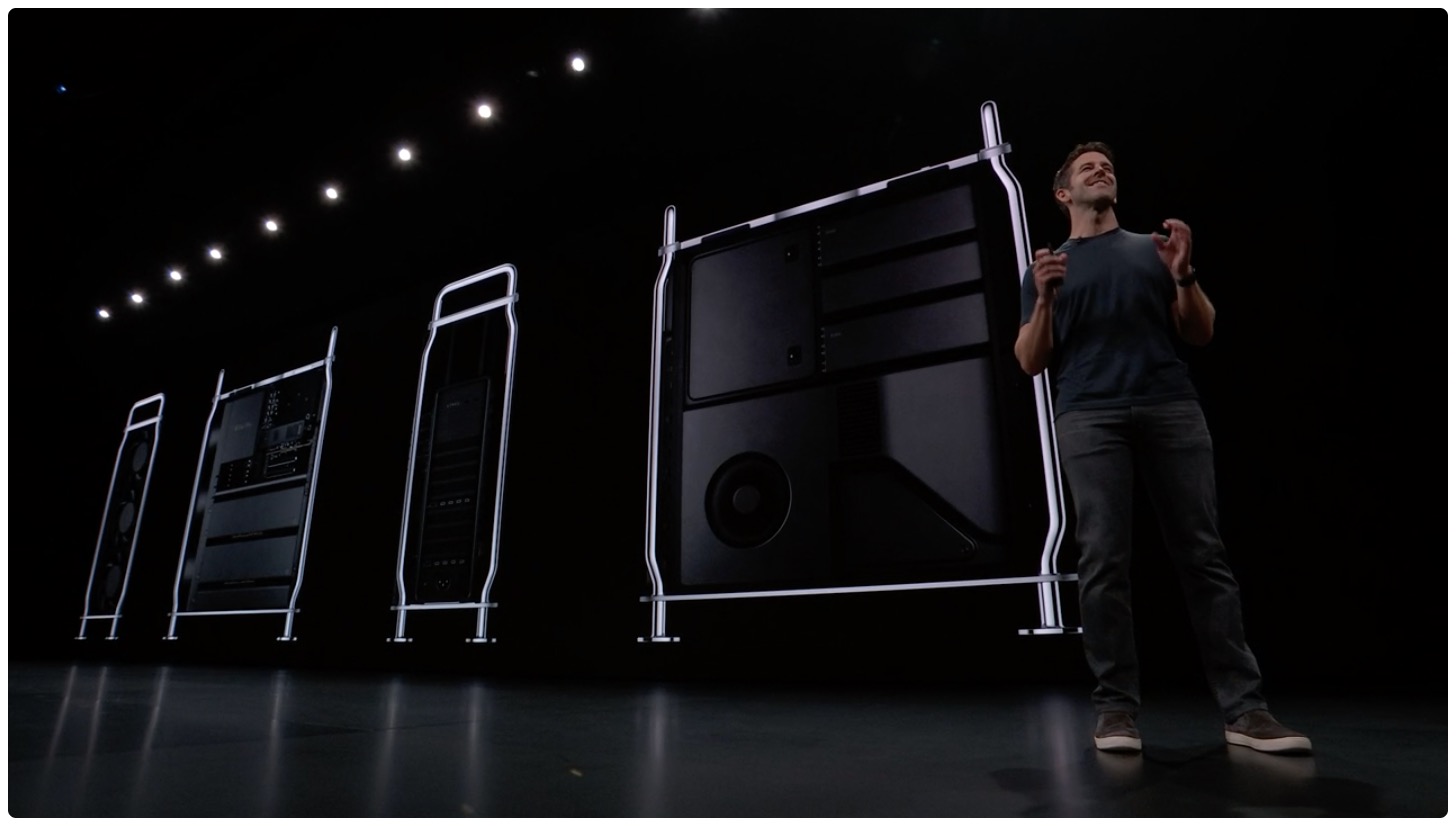 This would all amount to nothing were it not for third-party software to take advantage of the new Mac Pro. Thankfully, Apple’s closely worked with developers of some of the top pro apps to make sure this new machine fills every need of the company’s pro customers. For instance, Adobe, Autodesk, Serif and Blackmagic Design all announced support for the new Mac Pro today, with BlackMagic delivering real-time effects and coloring in 8K resolution.

Side FX , RED, Eopuc and Avid also unveiled updates making their apps work great on the new Mac Pro, as well as 3D developers Unity, Pixar, Foudney and Maxon. Oh, and the popular Redshift render engine is coming to the Mac, with full support for the Metal framework, while Otoy is building a version of Octane to show off the machine’s graphics prowess.

All that power requires some serious wattage and cooling.

Good thing the new Mac Pro features a 1.4-kilowatt power supply and three enormous fans on the side that work together to create 300 cubes feet of air flow per minute. Despite that, the machine is as quiet as an iMac Pro, Apple has said. All that oomph doesn’t come cheap.

The new Mac Pro will be available in the fall, starting at $6,000 for the base model with an 8-core Xeon processor, 32GB RAM and Radeon Pro 580X graphics. There will also be a version optimized for rack deployment, but no further details were given, and you’ll be able to get a set of optional wheels if you need to easily movie it around the office. 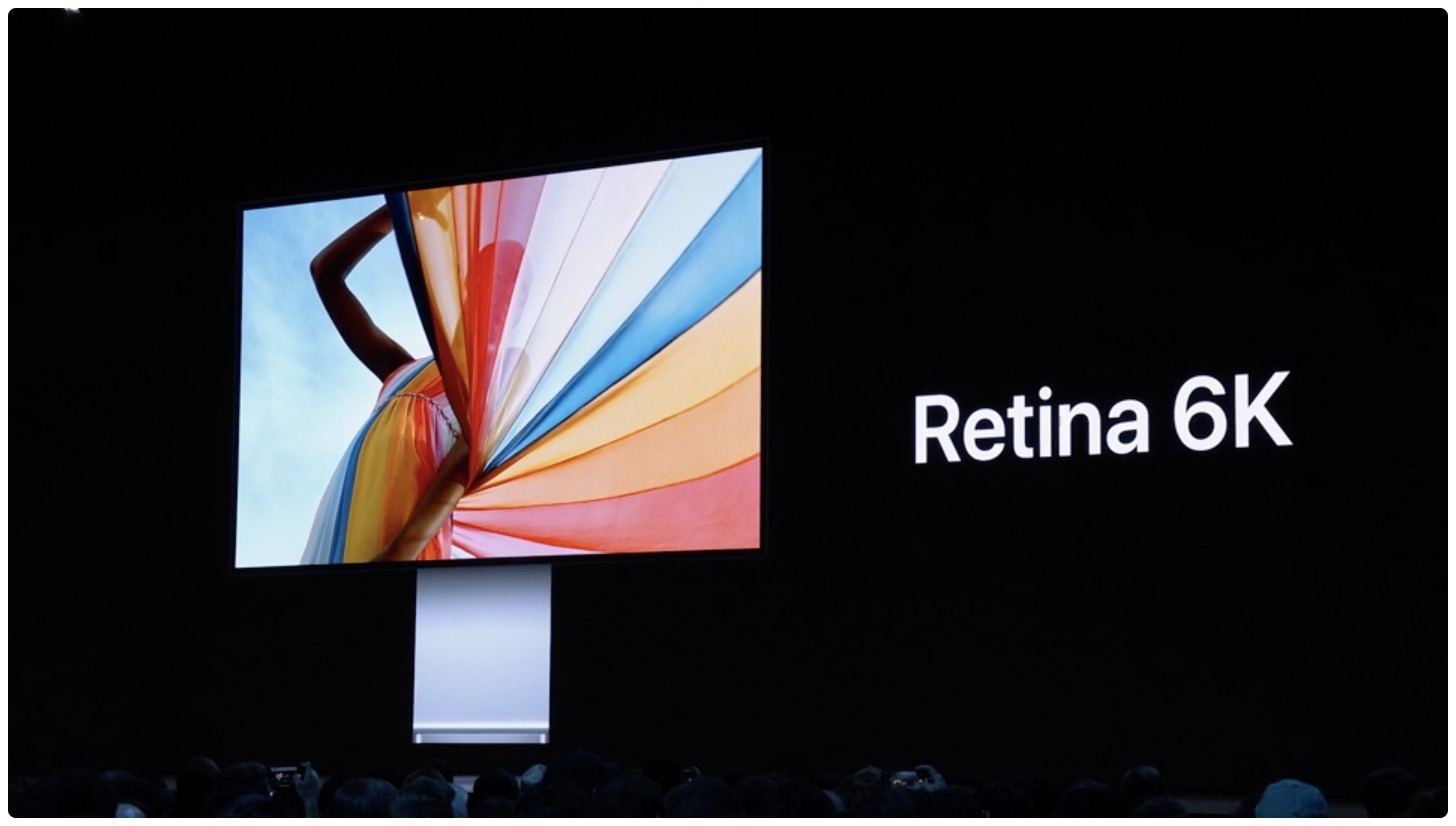 It support the crisp 6K resolution, delivering forty percent more pixels than the iMac 5K model. It supports the P3 wide color standard and has a 10-bit panel, which means it can render up to a billion colors without dithering. Other perks include a super wide viewing angle and the option between the normal anti-reflective coating or something Apple calls nano-texture glass, which reduces glare without dimming the colors.

Speaking of image quality, this display features a custom-designed backlighting system that takes advantage of individually factory-calibrated LEDs to deliver uniform backlight. Apple is also using custom lenses and reflectors to shape and control the light, in addition to the machine-learning algorithm. The end result is a display that delivers a thousand nits of full brightness, but not just peak brightness, this is constant 1,000 nits of brightness, forever.

As for peak brightness, this display delivers 1,600 nits of it. 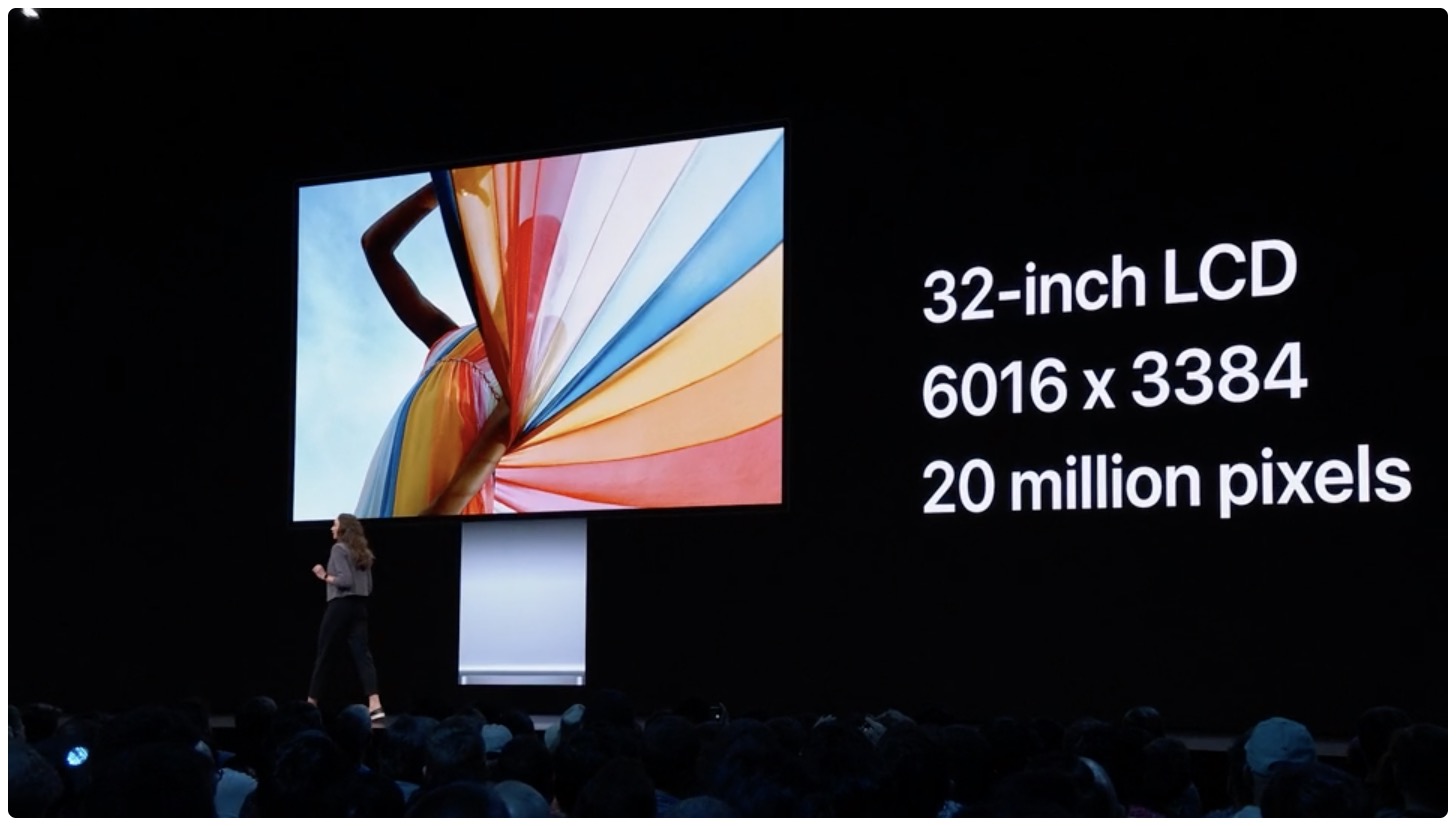 They’ve created a nice stand with a built-in counterbalancing arm that makes the display feel weightless and lets you adjust its angle with a single finger. It maintains the right angle as the display is raised or lowered and can be easily removed to take with you in the field. Best of all, the Pro Stand, as they’re calling it, lets you rotate the display to portrait mode, which is great for coding.

The display will be available this fall starting at $5,000. 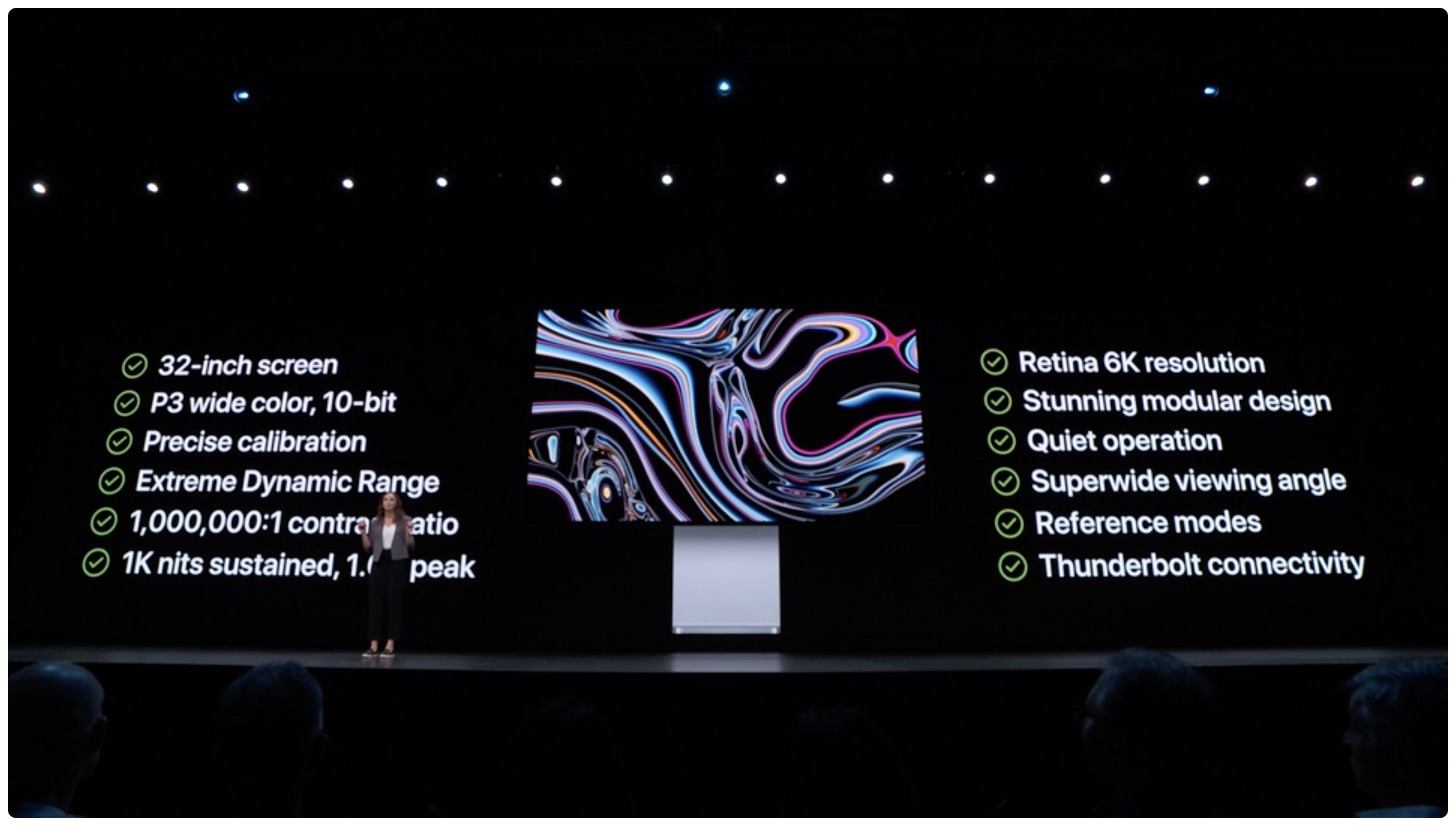 If you want that nano-texture cover glass, the display will set you back $6,000. That Pro Stand is a $1,000 extra (the crowd reacted with bewilderment when that pricing slide for the stand went up). And last but not least, you will be able to connect up to six of these 6K displays to your Mac Pro for a total of 120 million pixels.