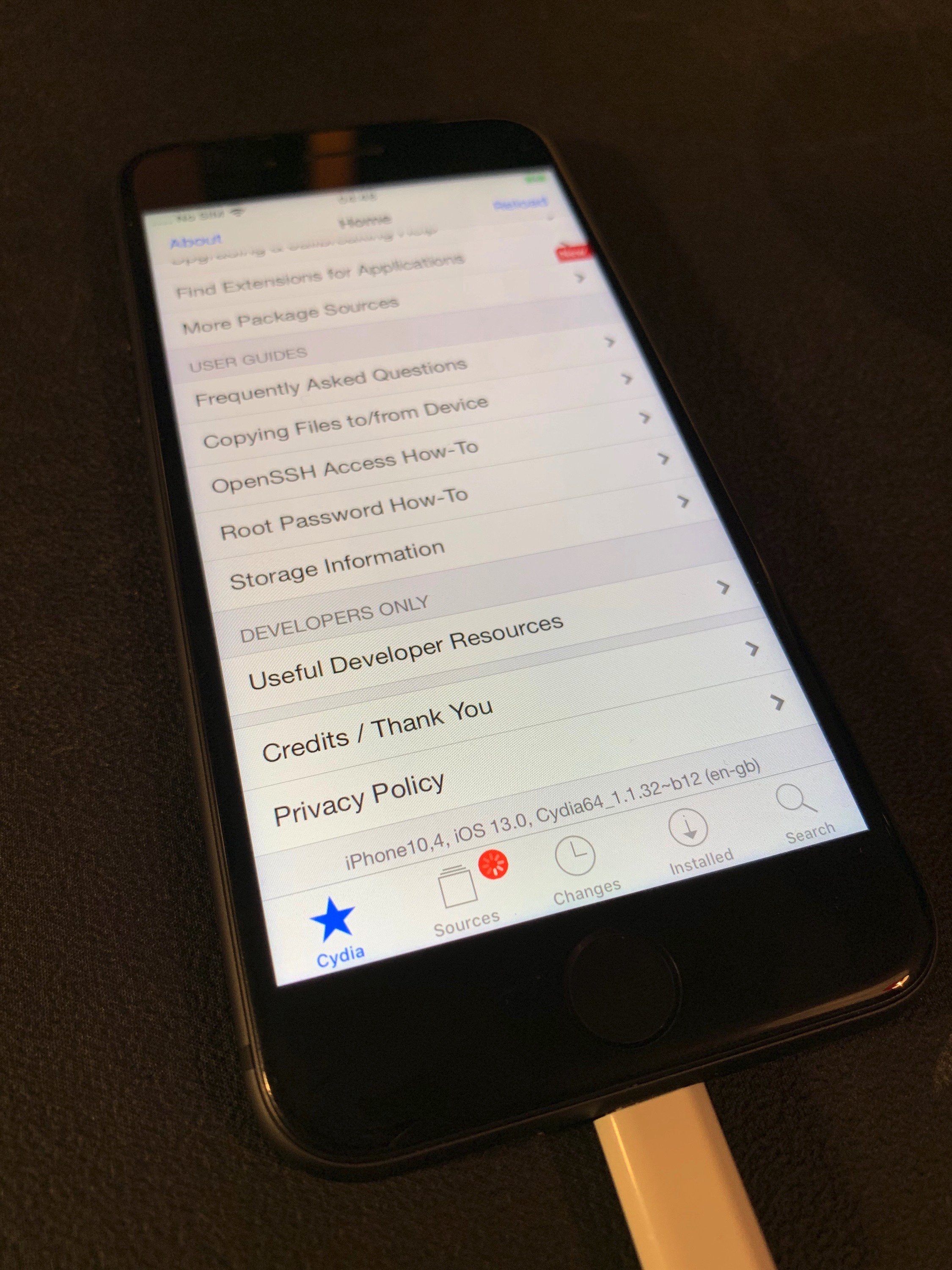 Just yesterday, talented security researcher and iPhone hacker iBSparkes teased what appeared to be Saurik’s Cydia package manager running on an iPhone SE with iOS 12.4 installed on it, which was a particularly noteworthy feat given that all public jailbreak tools at the time of this writing only support up to iOS 12.1.2.

The teaser raised several questions, such as whether iBSparkes’ latest exploit would also support Apple’s upcoming iOS 13 software update. Fortunately, we might now have an answer to that question, as iBSparkes shared another teaser just this morning of Cydia running on an iPhone 8 (iPhone 10,4) running the first iOS 13 beta: 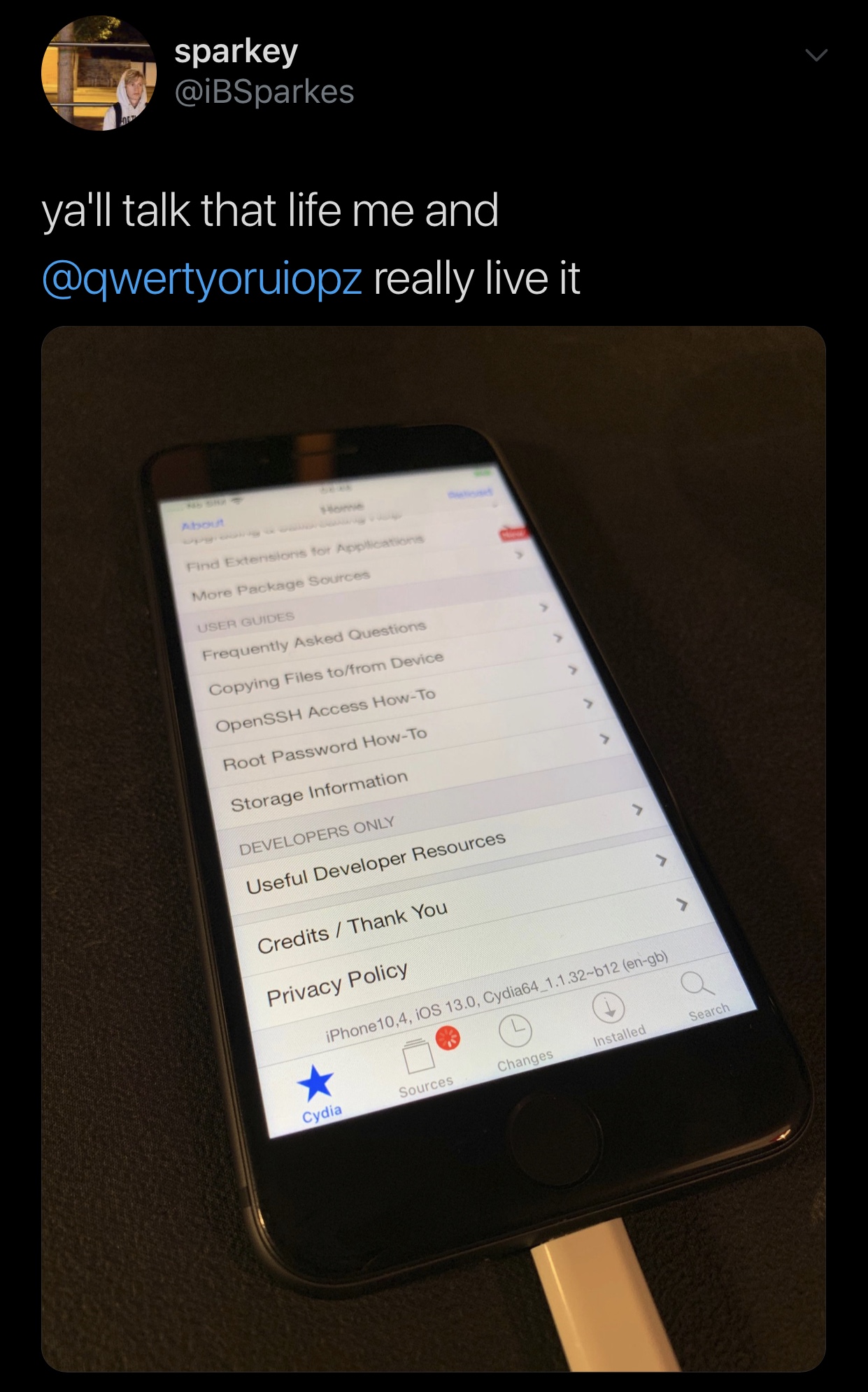 This accomplishment is particularly astonishing given that iOS 13 has only been available to developers for a little over a week, and it validates the notion that even Apple’s latest and greatest firmware can be pwned despite the company’s efforts to thwart jailbreaking with a rapid software release cycle.

Notably, iBSparkes demoed an iOS 13-compatible 0day on the same day Apple launched the first iOS 13 beta, and it remains to be seen if this is the same exploit that he was working on at that time.

There’s no telling whether this exploit will be released to the public or if iBSparkes will keep it internally for himself, but we can only imagine how cool it must be to have a jailbreak on iOS 13 this early in the game.

Are you excited to see prominent hackers exploiting Apple’s newest versions of iOS? Discuss in the comments section below.