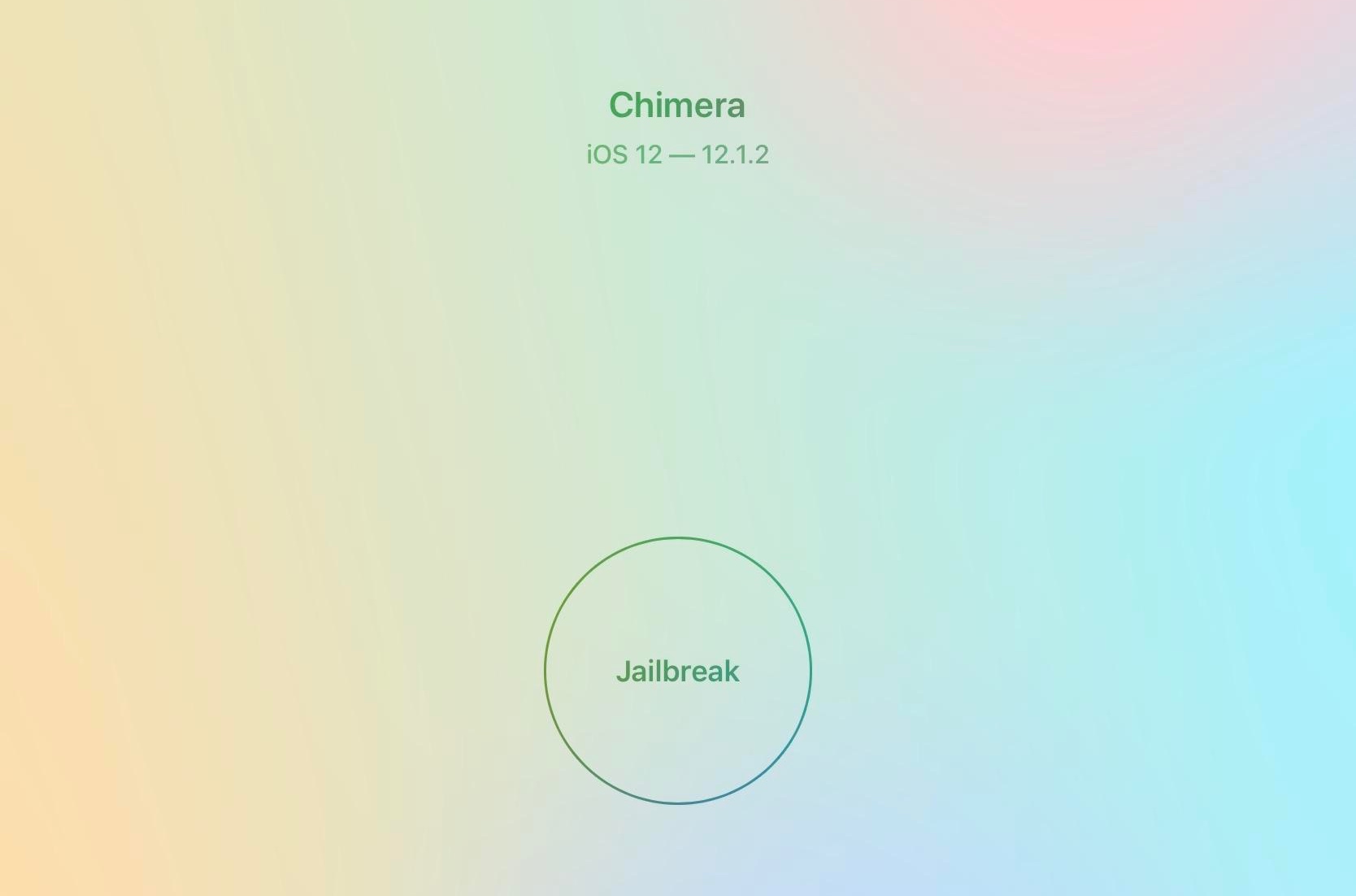 The Electra Team released an updated version of the iOS 12-centric Chimera jailbreak tool on Friday, bringing it up from version 1.0.4, which was released last week, to version 1.0.5 with some notable bug fixes and improvements.

Update: There’ve been several reports that this update causes a problem with A12(X) devices. We recommend holding off until this is addressed. The update was pulled shortly after release due to these circumstances. We expect that this will change soon after the problem is addressed. 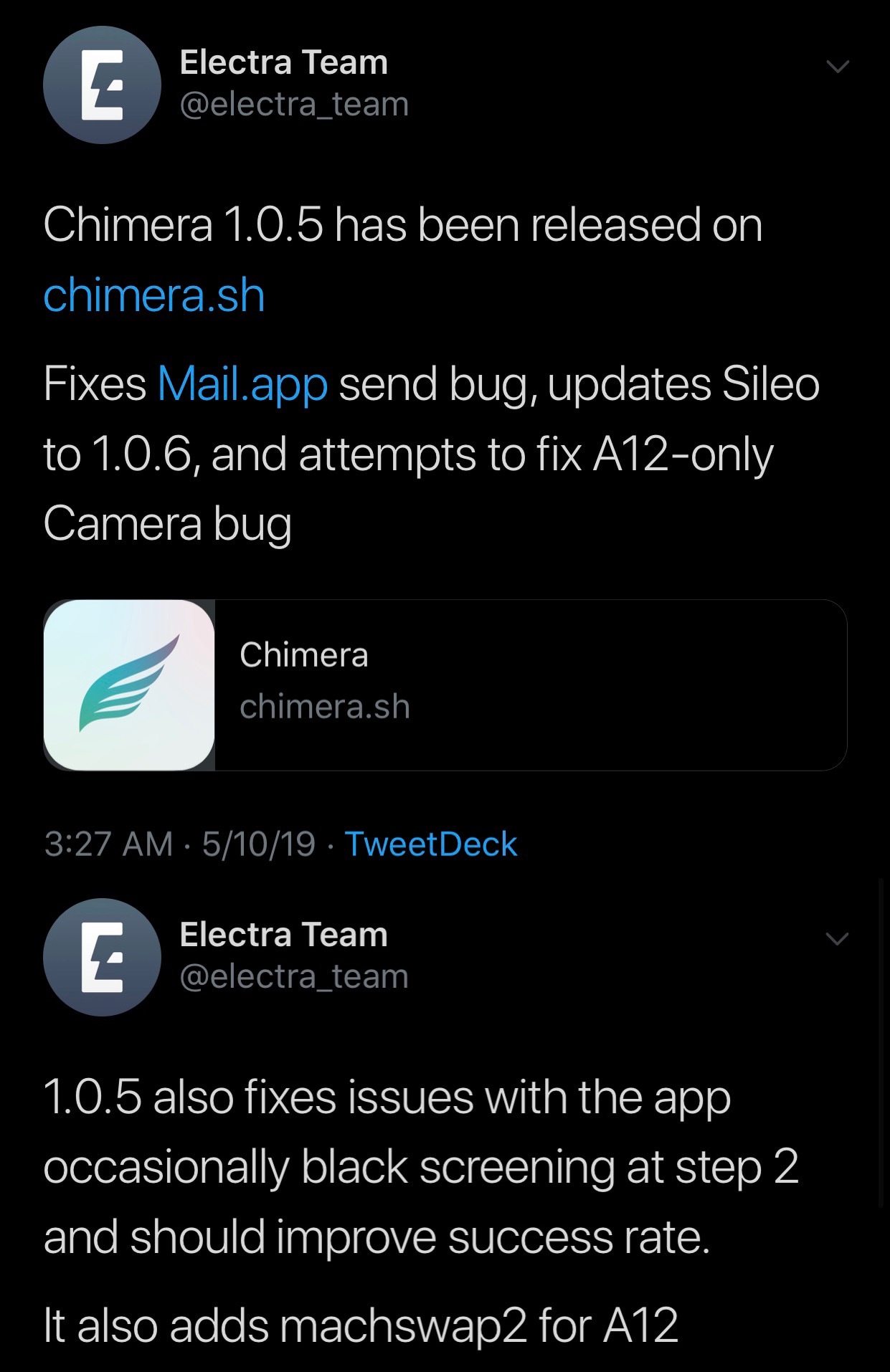 From what we can gather, the new Chimera jailbreak tool update brings the following changes:

– Resolves an issue where the Mail app wouldn’t send email

Chimera version 1.0.5 can be downloaded from the official Chimera website and need only be side-loaded onto your device and deployed to update the jailbreak.

Note: If you’re having problems jailbreaking with the Chimera tool, then some recently-released advice from Electra Team lead developer CoolStarmay be able to help.

How are the latest Chimera updates treating you? Let us know by dropping a comment describing your experience below.