Those with jailbroken handsets by way of the Electra Team’s Chimera or Electra jailbreak tools will be excited to learn that the Sileo Team has released an updated version of the Sileo package manager on Thursday to address a few bugs and to improve the user experience. The latest iteration of Sileo is now version 1.0.6, up from version 1.0.5.

The Sileo Team announced the update just this morning via Twitter, adding that it would play more nicely with the updated Packix v2 repository, fix some bugs, and add new locales: 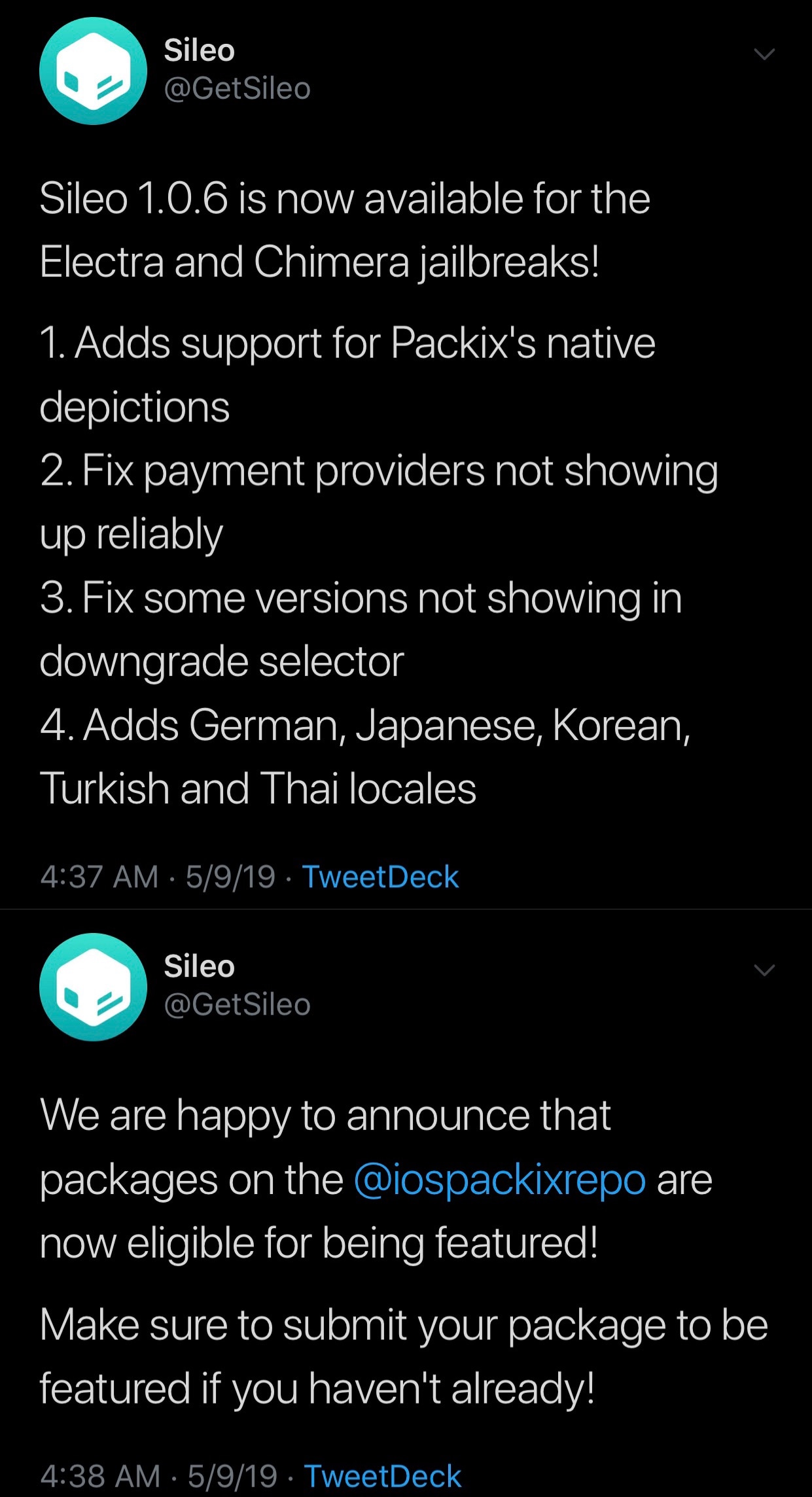 The full changelog is as follows:

– Fix some versions not showing in downgrade selector

In a follow-up Tweet, the Sileo Team notes that packages hosted in the Packix repository can now be featured on the Sileo app’s front page. This is huge, as it gives jailbreak tweak developers a better way to reach jailbreakers regarding their best packages.

If you’re still using an early or outdated version of the Sileo package manager on your jailbreak, then it’s advised that you upgrade as soon as humanly possible such that you can enjoy all the latest speed boosts and improvements.

The latest version of the Chimera jailbreak tool now installs Sileo v1.0.5 by default, which means users will need to upgrade to version 1.0.6 manually. This is particularly easy, as Sileo is hosted to Chimera and Electra jailbreak users through the respective default repository.

Notably, LaughingQuoll and other developers are working on a new version of Sileo that will run on other jailbreaks, such as Pwn20wnd’s unc0ver tool, and the Sileo Demo for non-jailbroken devices should soon be made available for testing for everyone else.

Have you installed the latest version of Sileo yet? Let us know in the comments section below.