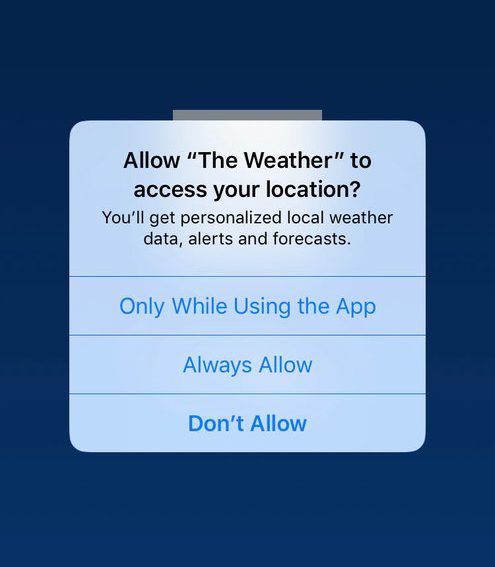 The Weather Company, owned by IBM, is getting sued by the city of Los Angeles over alleged misuse of location data that its popular Weather Channel mobile app was collecting from customers, saying the questionable practice violates California’s Unfair Competition Law.

The lawsuit alleges that the mobile Weather Channel app “deceptively collected, shared and profited from the location information of millions of American consumers,” using their data for things like targeted marketing and hedge fund analysis.

As LA City Attorney Mike Feuer said in a tweet, “We allege the downloadable app is covertly mining private data of its users and selling it to third-party advertisers”. Feuer wrote in another tweet today that the city of Los Angeles was taking “action against one of America’s largest corporations for what we allege is egregious behavior.”

FRIDAY @11am – City Attorney Mike Feuer Press Conference as we take action against one of America's largest corporations for what we allege is egregious behavior! #technews #IBM #technology https://t.co/mCRvNeNK4x

The case was first reported on Thursday in the New York Times.

Back in December, the newspaper ran a thoroughly investigative write-up which put a spotlight on 40+ apps that had been found to be taking advantage of the location data gathered from customers in an improper manner. The Weather Company was identified in that fascinating article as one of the firms that secretly collect location data from apps.

Both Apple and Google require that apps must seek permission to use location data, and do so by leveraging official APIs and standard operating system prompts. Apple’s rules permit developers to use customers’ location data to serve advertising that meets its guidelines and provide services that are directly relevant to the app in question.

The problem is, while an app must disclose via the system prompt how users’ location data shall be used—for instance, “getting estimated travel times”—Apple’s rules for writing those messages do not require disclosing developers’ advertising or data-sale practices.

Here’s another relevant excerpt from the suit:

The permission prompt does not disclose that The Weather Company will share geolocation with third party nor that location will be used for advertising or other commercial purposes unrelated to weather or to the services the app provides.

The permission prompt also fails to reference or link to any other source containing more detailed information about what users’ geolocation information will be used for.

Users therefore have no reason to believe that their geolocation information will be used for anything other than providing them with ‘personalized local weather data, alerts and forecasts’ or other services directly relating to the app.

The New York Times story found out that these prompts rarely mention ads or sale of data.

The Weather Channel app, owned by an IBM subsidiary, told users that sharing their locations would let them get personalized local weather reports. IBM said the subsidiary, the Weather Company, discussed other uses in its privacy policy and in a separate privacy settings section of the app. Information on advertising was included there, but a part of the app called Location Settings made no mention of it.

This cannot be chalked up to just poor interface design.

The app did not explicitly disclose that the company had also analyzed the data for hedge funds—a pilot program that was promoted on the company’s website. An IBM spokesman said the pilot had ended. IBM updated the app’s privacy policy on December 5, after queries from The Times, to say that it might share aggregated location data for commercial purposes such as analyzing foot traffic.

“The Weather Company has always been transparent with use of location data. The disclosures are fully appropriate and we will defend them vigorously,” said an IBM spokesperson.

The LA suit basically takes issue with the burying of questionable location-gathering practices in confusing language. An average user, the suit argues, would have no reason to read opaque privacy policy just to figure out how their data is really being used.

As LA City Attorney said, “It must be clear to app users that the cost of their weather forecast will be the sacrifice of deeply private info—like precisely where they are—day and night.”

In Steve Jobs’ own words, privacy entails people knowing what they’re signing up for, in plain English. “I believe people are smart and some people want to share more data than other people do. Ask them. Ask them every time,” he said at the D8 conference in 2010.

“Make them tell you to stop asking them if they get tired of your asking them,” he added. “Let them know precisely what you’re going to do with their data.”

If anything, this litigation could be the catalyst for other important legislative activity which should assure that our private information remains private.

Feel free to post your thoughts on this topic in the comments section down below.