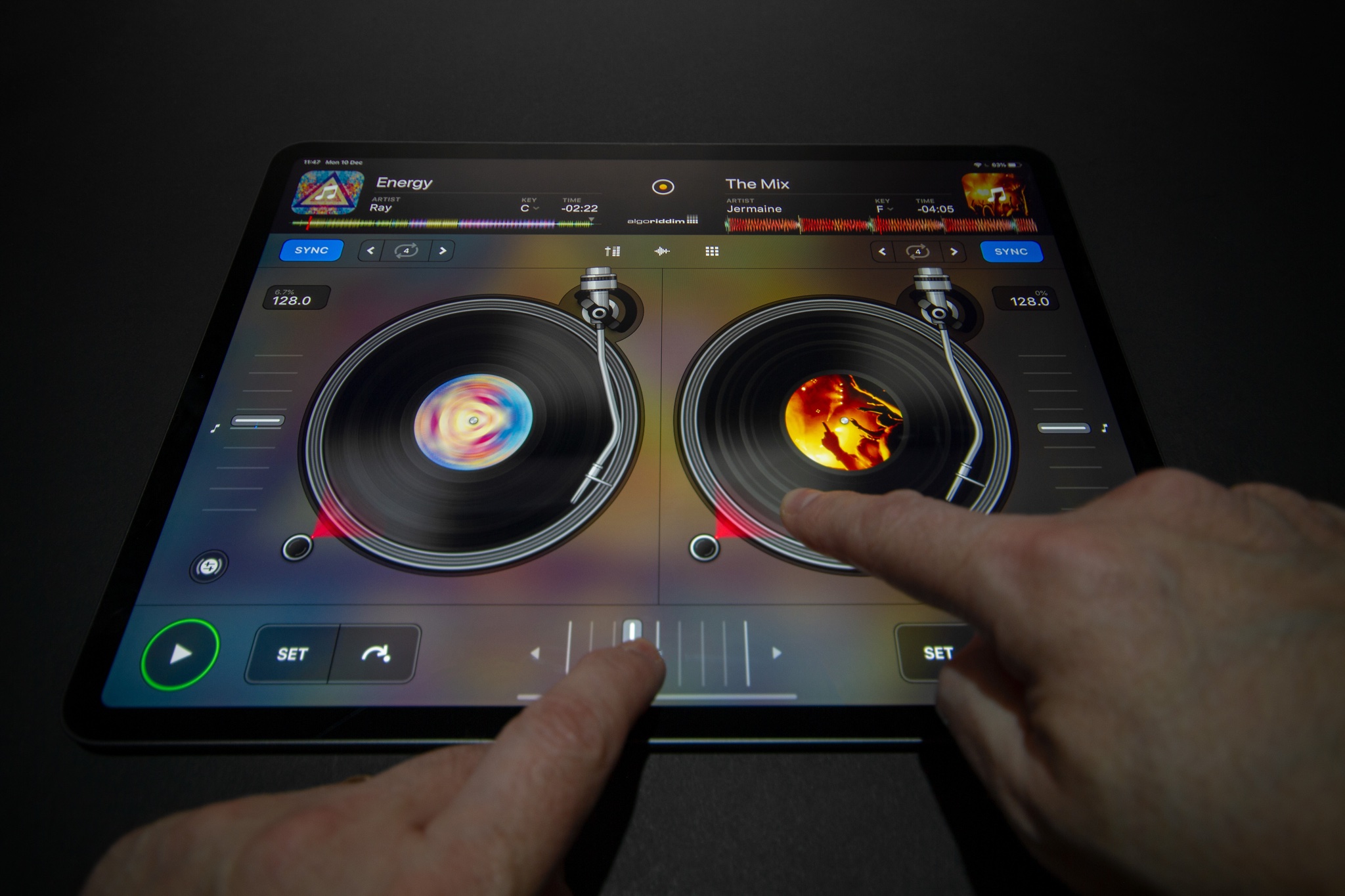 After more than eight years as a paid-for app, Algoriddim’s djay for iOS is now offered as a free download with advanced features that used to be exclusive to paid versions, such as Spotify integration, the machine learning-based Automix AI engine and the classic mode with just two turntables and a mixer. They’ve also moved to an optional monthly subscription that brings pro-grade features to power users, including the ability to mix videos, use djay’s music production tools and access Algoriddim’s huge built-in library of loops, samples and visuals.

Changing its business model and moving to subscriptions has made the new djay for iOS completely free to download, which is great as people can now use Spotify Premium integration, mix with the two-deck Classic Mode or take advantage of the AI Automix feature and other professional-grade capabilities which previously cost money.

Yes, that’s right: without spending anything, you can now mix with the two-deck mode, as well as use the AI Automix feature and stream the entire Spotify library with a Premium account.

Check out the new iOS app in action on Apple’s 2018 iPad Pro.

Algoriddim explains why they’ve made djay free with an optional subscription:

With smartphones and tablets being so ubiquitous now, we want to once again open up DJing to even more people than ever before. We decided to make djay a free download again. Moreover, in the same way that djay made mixing music accessible to the masses, we wanted to do the same for creating music because music production relies on access to an extensive library of content. 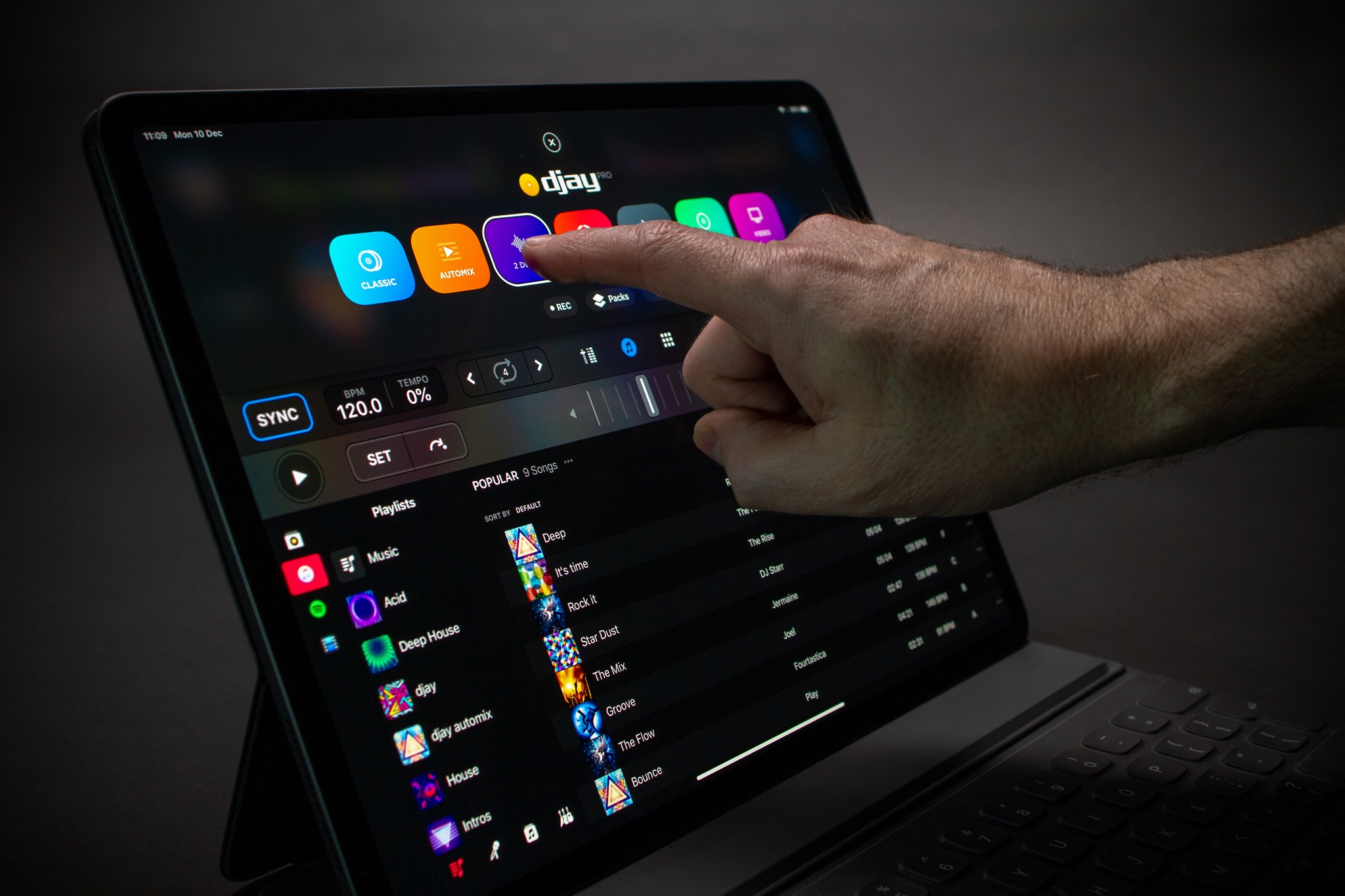 For a high quality and seamless experience we have licensed content from world-class artists and labels. Moving to in-app subscription gives us an easy way to add more packs, more sounds, more videos, in a way that ensures everyone has access to the same downloads, without further cost barrier. Customers pay monthly to access every official download as they’re added.

The good news is, the Pro upgrade is optional and the free version is better than ever.

Here are the key features included free of charge:

But it gets even better because all of the existing djay apps remain on App Store, both paid and free ones, so you’re not really forced to go down the subscription route if you don’t want to. 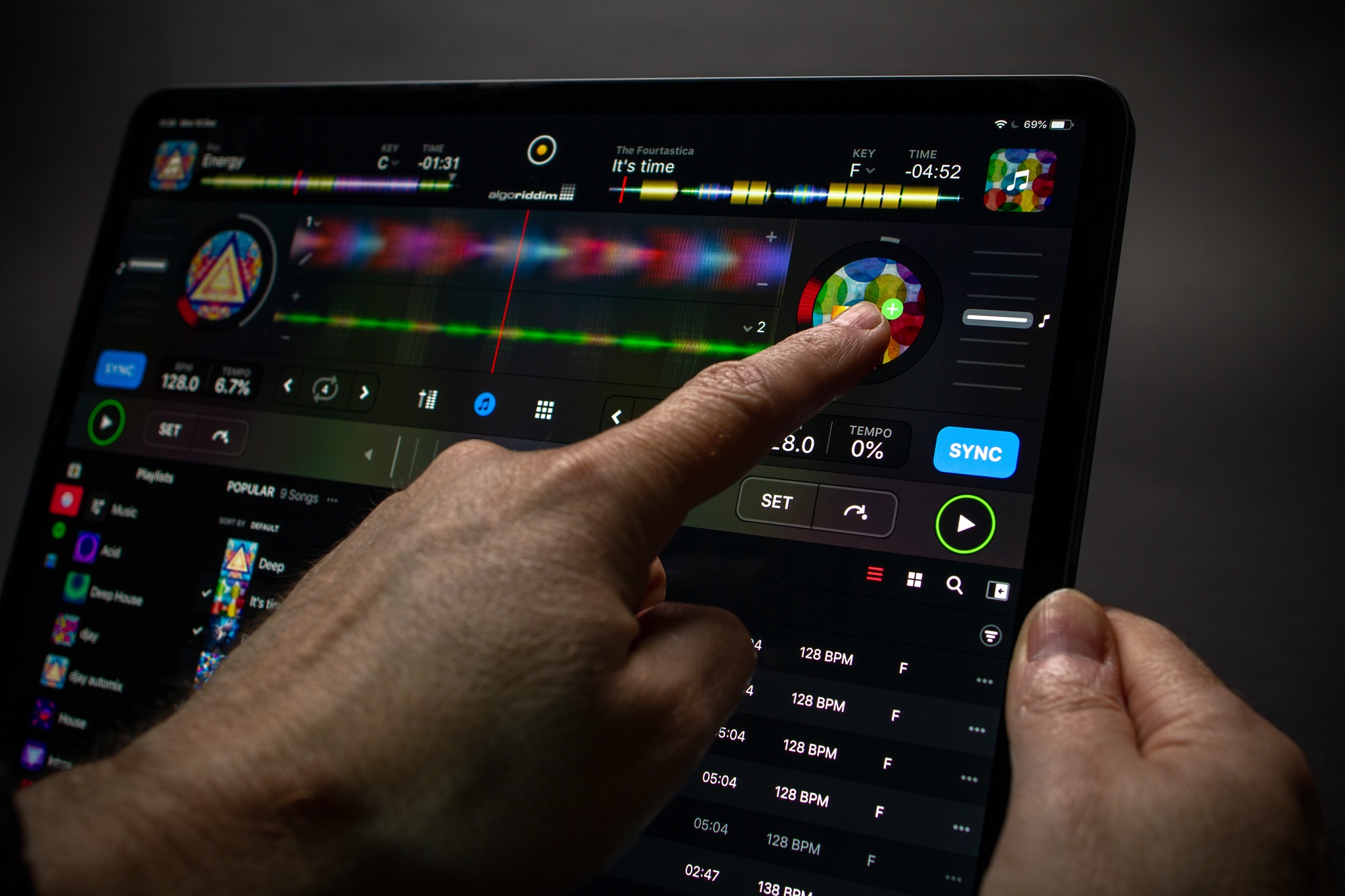 As a cherry on top of the cake, the optional Pro subscription comes with a free one-week trial so everyone can try out all the advanced features such as beat-matched sequencing of drums and samples, unlimited access to Algoriddim’s content library and much, much more.

Key perks of the Pro upgrade

With the Pro subscription you get all the free perks, plus the following:

You can mix up to 48 loops with up to ten videos rendered simultaneously—and all in real-time—which is simply unheard-of for mobile software. The app takes advantage of the tablet’s USB-C port to let users connect external devices and accessories which allow them to do things like output the visual mix to their big screen while jamming with an external controller. 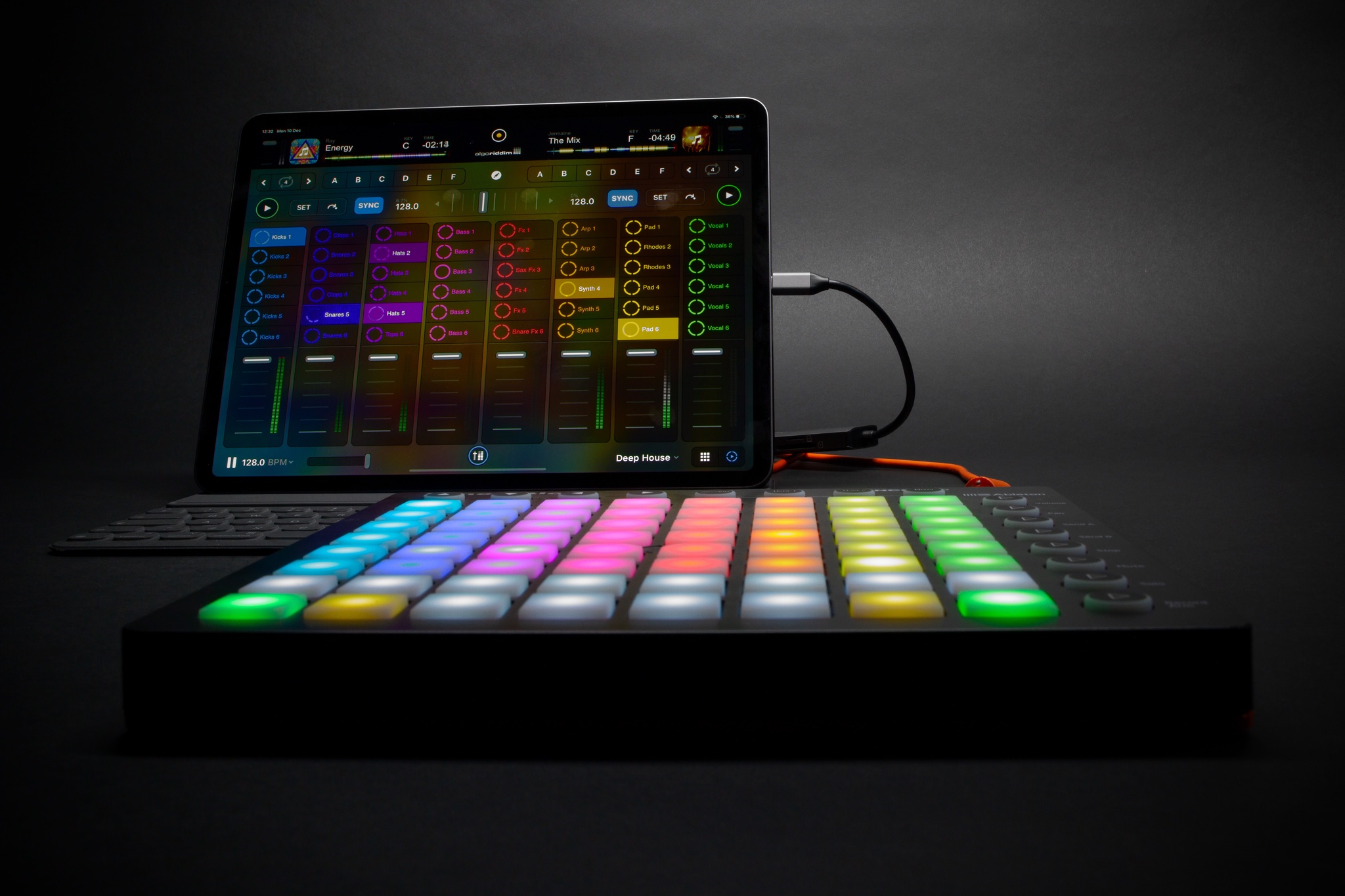 The new sampler lets DJs record and sequence their loops during the mix. And with a grid-based looper, you can use up to 48 time-stretched loops that are beat-matched in real time. Every sample in the new looper can be assigned a video clip that plays in time with the audio. With the power of the A12 Bionic chip, you can mix up to ten videos in real-time.

With the advanced Automix mode, DJs can automate sets in advance. It uses machine learning and training sets from human DJs to intelligently identify rhythmic patterns and the best intro and outro sections of songs, as well as calculate optimal fade durations and automatically applies parameter changes to EQs and filters for a seamless transition.

The audio, graphics and sync engines have been rebuilt from scratch to support Post-Fader FX, high resolution colored waveforms at up to 120 fps on iPad Pro, beat-locked Sync Mode, sequenced playback of samples, advanced video mixing and ultra-low latency. 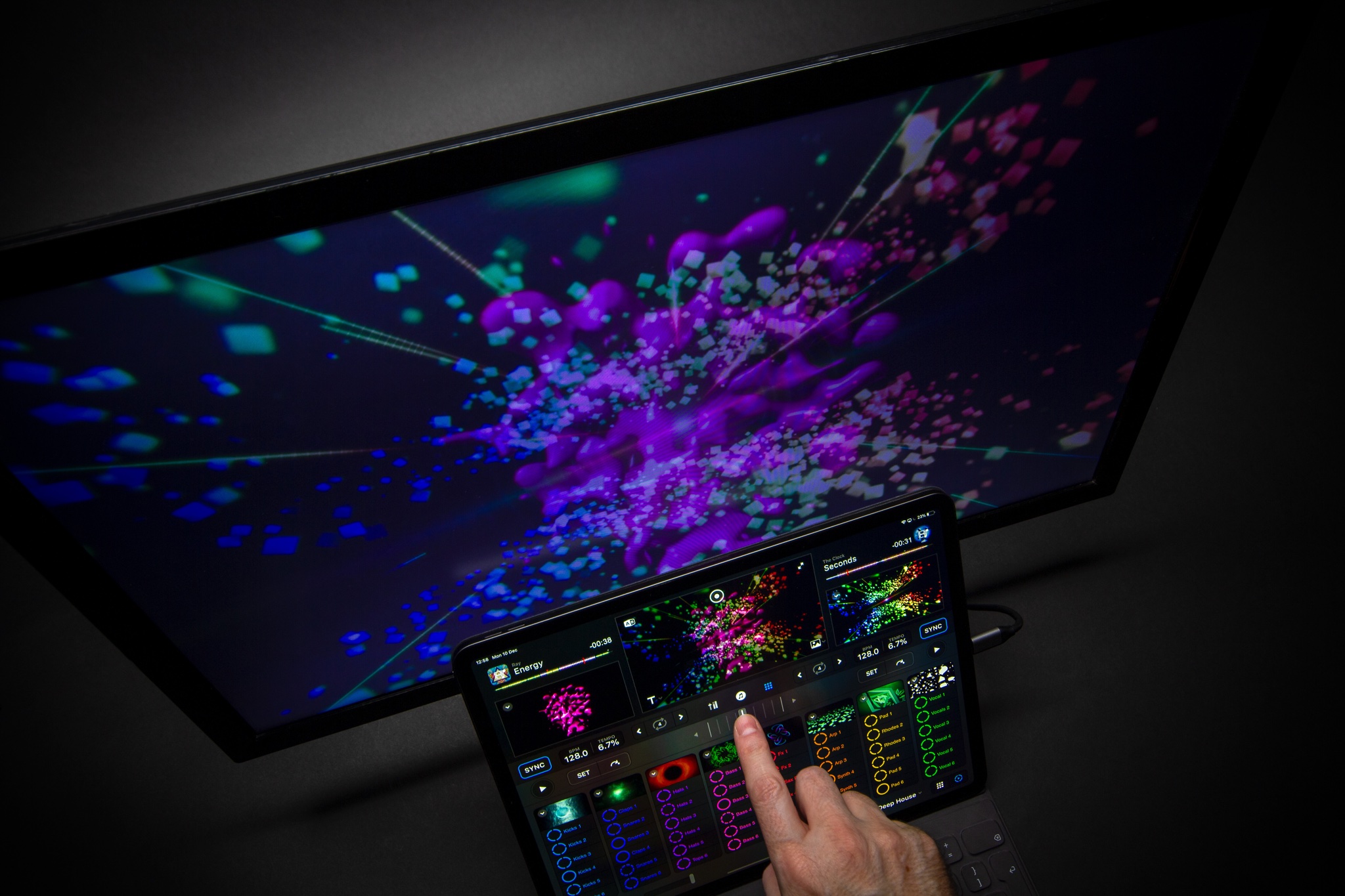 And lastly, the app now uses industry-standard Ableton Link for syncing tempo across compatible apps and devices on a shared network, which is great for music production.

To learn more about this app, visit the official website.

For additional details about Algoriddim’s journey so far, why they’re moving to subscriptions, how they’re ensuring they’re doing subscriptions right and what the new business model means for the future of the company, read their blog post.

As mentioned, this new version is now a free app that a provides everything users need to get started with DJing. And people who’d like to make the most out of this app can optionally subscribe to get full access to all the features and built-in content.

An in-app subscription costs $5 per month.

Those who have previously bought the app are treated to a special upgrade price of $9.99 for their first year, an 83 percent off the standard price (or a saving of $30).

A 7-day free trial lets you try out all the content and features the app offers for one week, including hundreds of samples and loops, with the option to cancel anytime.

Download the new, universal djay Pro for iOS for free from App Store.

The app is compatible with any iPhone or iPad running iOS 11.2 or later.