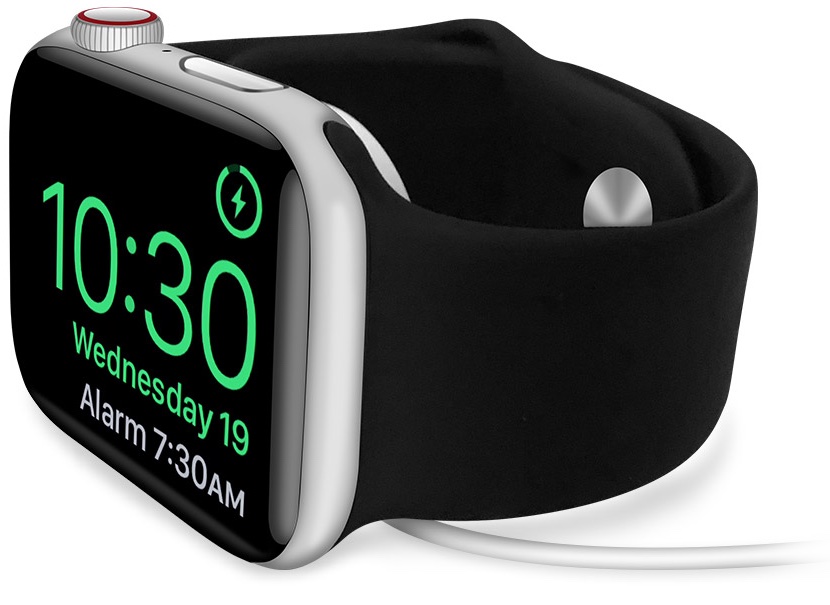 No matter how you charge your Apple Watch—either via its magnetic charging cable or charging dock—doing it in Nightstand mode displays a circular indicator on the screen along with a green lightning bolt inside. The outline gets gradually tinted green to visually denote charge progress, but it’s a rough estimate of how full the battery is and as such not very accurate. Here’s how you can switch to a more precise percentage display.

When the watch is laying on its side and charging, it enters Nightstand mode (called Bedside mode in the UK) which lets it be used as a bedside time-telling piece by changing the Digital Crown to a 9-minute snooze button and the Side button to an off button.

The screen displays the following items when the watch is charging in Nightstand mode:

TUTORIAL: How to use Nightstand mode on Apple Watch

Nightstand mode in landscape was introduced in watchOS 2 on September 21, 2015. Portrait Nightstand was added in the watchOS 4.3 update that launched on March 29, 2018.

Now, about the green lightning bolt: that charge symbol is useful but not very accurate because it gives you just a rough visual estimate of the current battery charge.

Here’s how you can switch to a more precise percentage display.

How to see battery percentage when charging Apple Watch 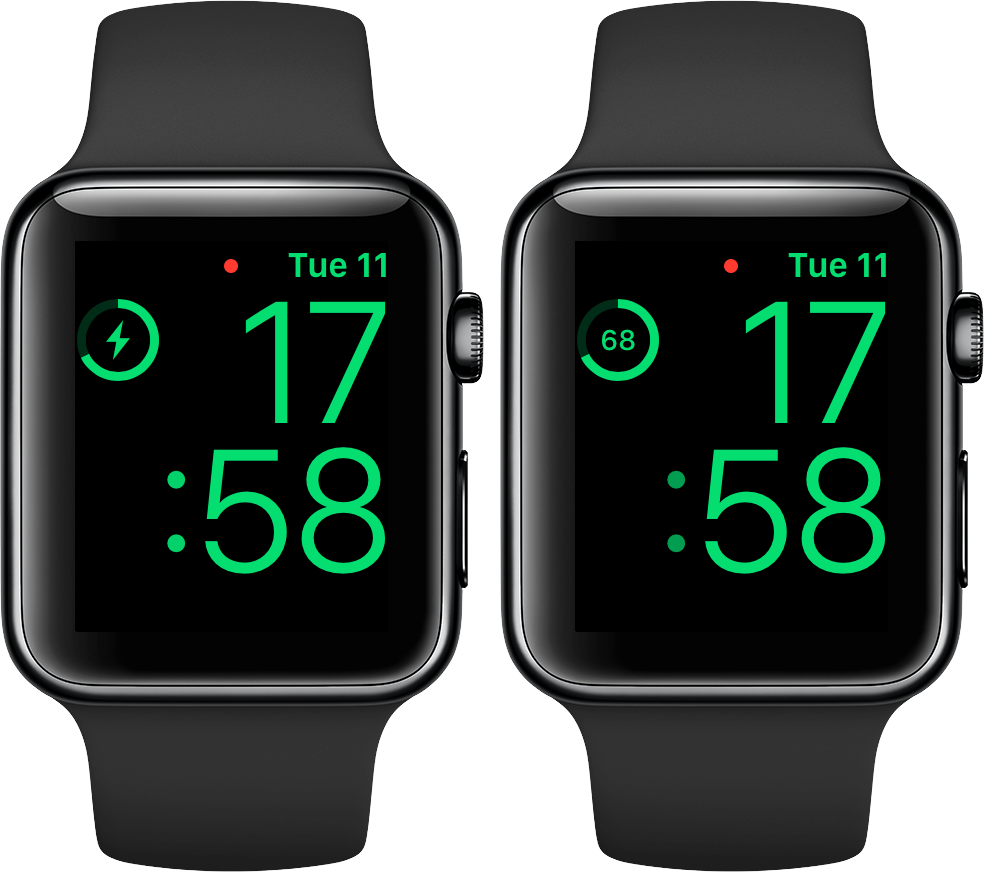 Tap the lightning bolt to switch to the percentage display, and vice versa

This manual toggling isn’t necessary in Control Center because it always displays the battery percentage (tapping the icon reveals more options, such as Power Reserve mode and the battery charge for your connected AirPods).

As our final tip, you can use your Apple Watch while it’s in Nightstand mode by holding it face up or placing it on a flat surface, then press the Digital Crown or the Side button.