Pwn20wnd dropped the first pre-release of unc0ver v2.0.2 at the end of last week with significant improvements to revoke prevention, jailbreak speed enhancements, and bug fixes. After a couple of updated bundled resources were released over the weekend, it now seems that this particular version is ready for the masses.

We first learned about the unc0ver v2.0.2 public release in a Tweet shared by Pwn20wnd Sunday morning: 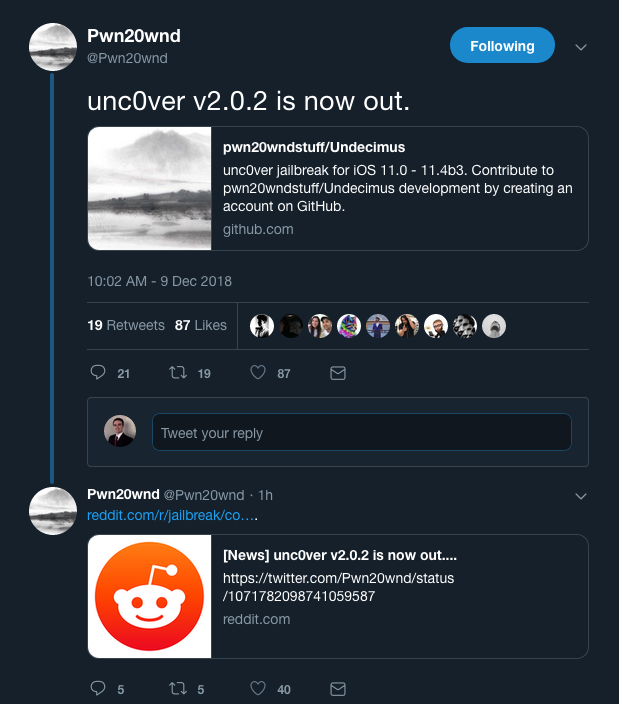 As it would seem from the v2.0.2 release notes on GitHub, there aren’t any significant changes from the pre-release to the final release. Instead, it was merely deemed stable enough for the general public following the multi-day pre-release testing and re-branded as a final release.

Unc0ver is a semi-tethered jailbreak just like Electra, which means you need to re-run the tool after every reboot. That aside, it bundles a newer Saurik-approved version of Cydia that runs better on iOS 11 right out of the box.

Have you downloaded unc0ver v2.0.2 yet? If so, be sure to let us know how it worked for you in the comments section below.