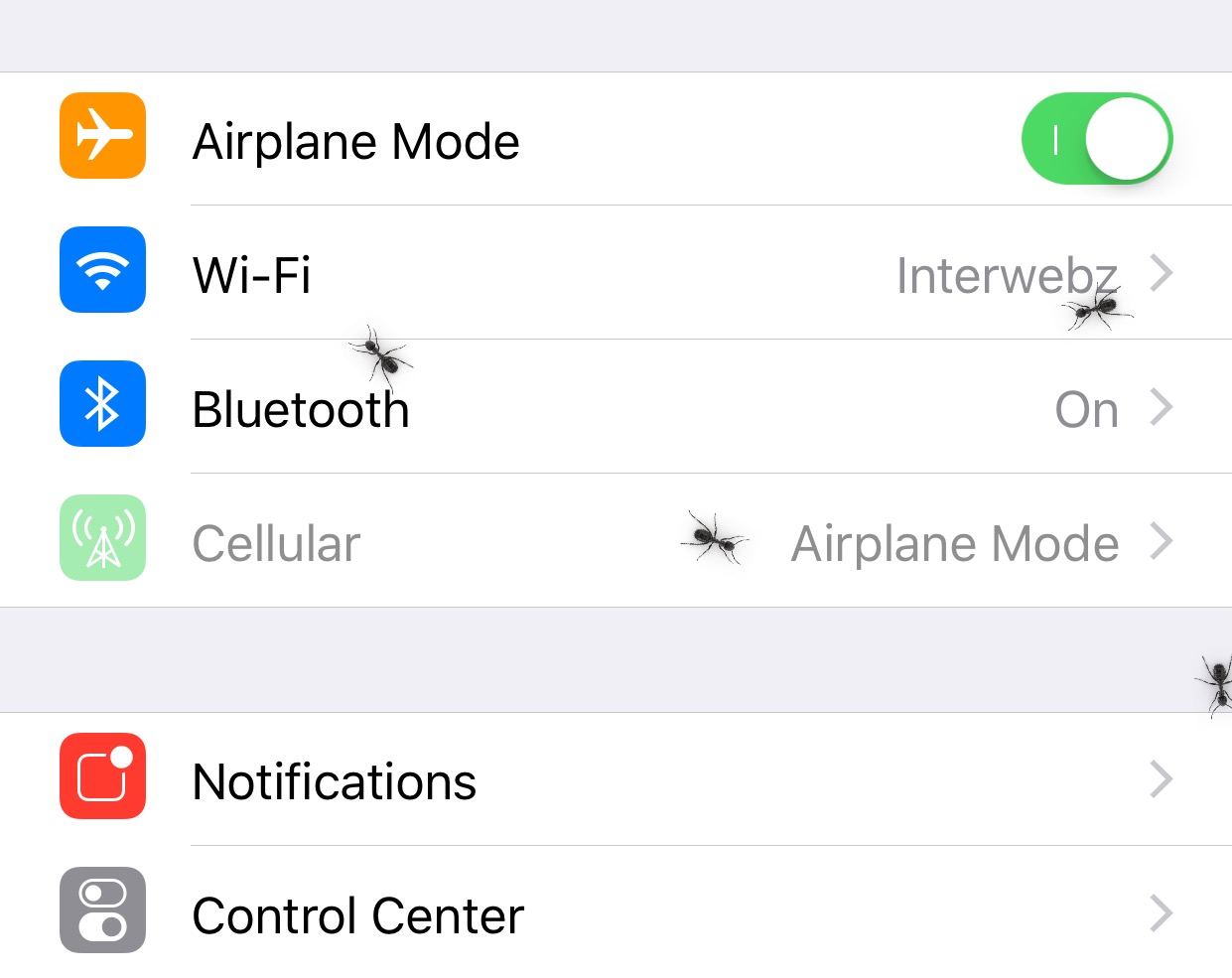 If you’re one to appreciate fun and quirky animations on your jailbroken iPhone or iPad, then a new free jailbreak tweak called Ants by iOS developer SparkDev might be of interest to you.

Once installed, Ants causes an army of animated virtual ants to spawn all over the iOS interface. They appear and crawl around whether you’re on your Home screen or inside of an app.

Curious how it looks on the Home screen? Just check out the animated GIF below:

And here’s another animated GIF depicting how the Ants tweak looks in an app:

Ants adds a preference pane to the Settings app where you can configure a few options: 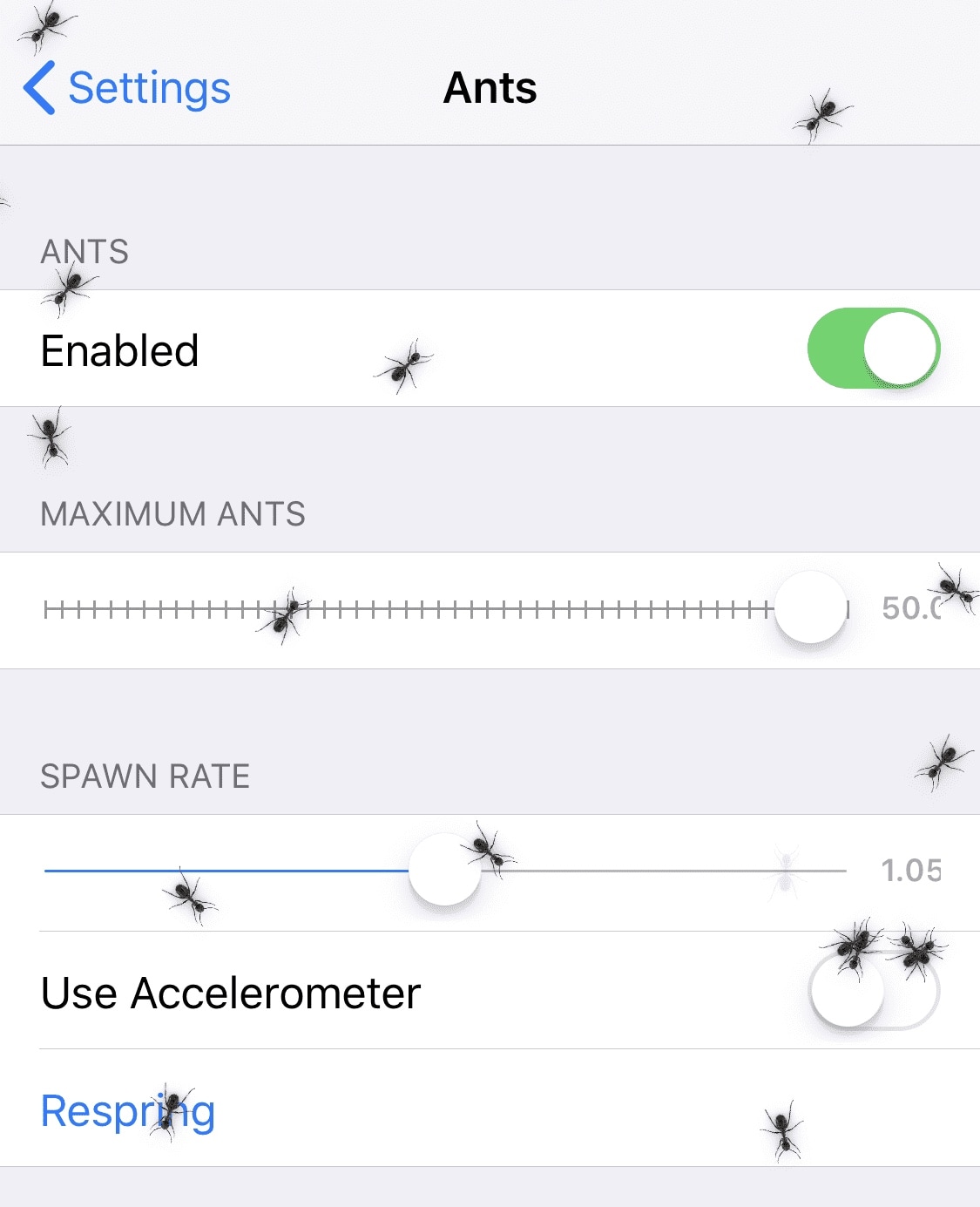 The developer includes a Respring button in the preference pane so that you can save your changes on demand.

As SparkDev noted on Twitter, Ants is a remake of a classic jailbreak tweak that was initially released when jailbreaking iPhone OS 1.1 was a thing. If you don’t remember, iPhone OS 1.1 launched more than 11 years ago, and the concept behind Ants isn’t much younger.

The source code for the original jailbreak tweak is available online for everyone to observe and tweak to their liking, which is why SparkDev took a crack at making the tweak compatible with some of the latest jailbroken iterations of iOS, including iOS 10 and iOS 11.

Are you nostalgic over the recreation of this classic jailbreak tweak? Lets us know in the comments below.