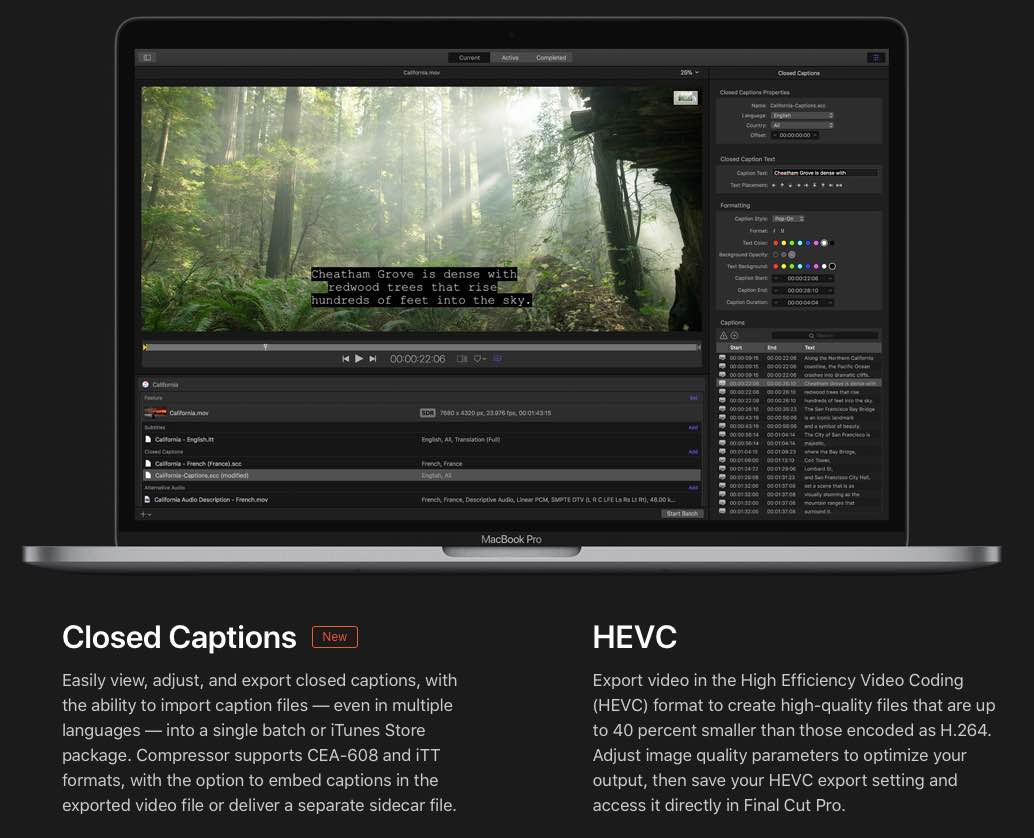 Apple today announced the Compressor 4.4.2 app alongside the major Final Cut Pro X 10.4.4 update which itself brought out support for third-party workflow extensions.

Under the hood, the app has moved to a new 64-bit engine. Apple says this lets Compressor take full advantage of all the memory in your Mac to boost performance when encoding high resolution and high frame rate video.

While the engine is now 64-bit, the app still supports for 32-bit codecs for those times when you need to work with key legacy formats.

Final Cut Pro X and Motion were updated today, too.

Final Cut Pro X received support for third-party workflow extensions from Frame.io, Shutterstock and CatDV support to the professional video app, plus other new features and enhancements. Motion was enhanced with a comprehensive set of color grading tools and fun new filters such as a customizable comic effect and a tiny planet filter.

Motion gained several new advanced color-grading tools, Core Text engine support and a pair of fun new filters. With the comic effect filter, any image or video becomes color or monochrome comic book illustration. And the tiny planet filter will transform your 360-degree videos into spherical animations that can be keyframed to change over time.

Compressor 4.4.2 is available at no charge to existing users. New customers can get Compressor for $50 from Mac App Store.