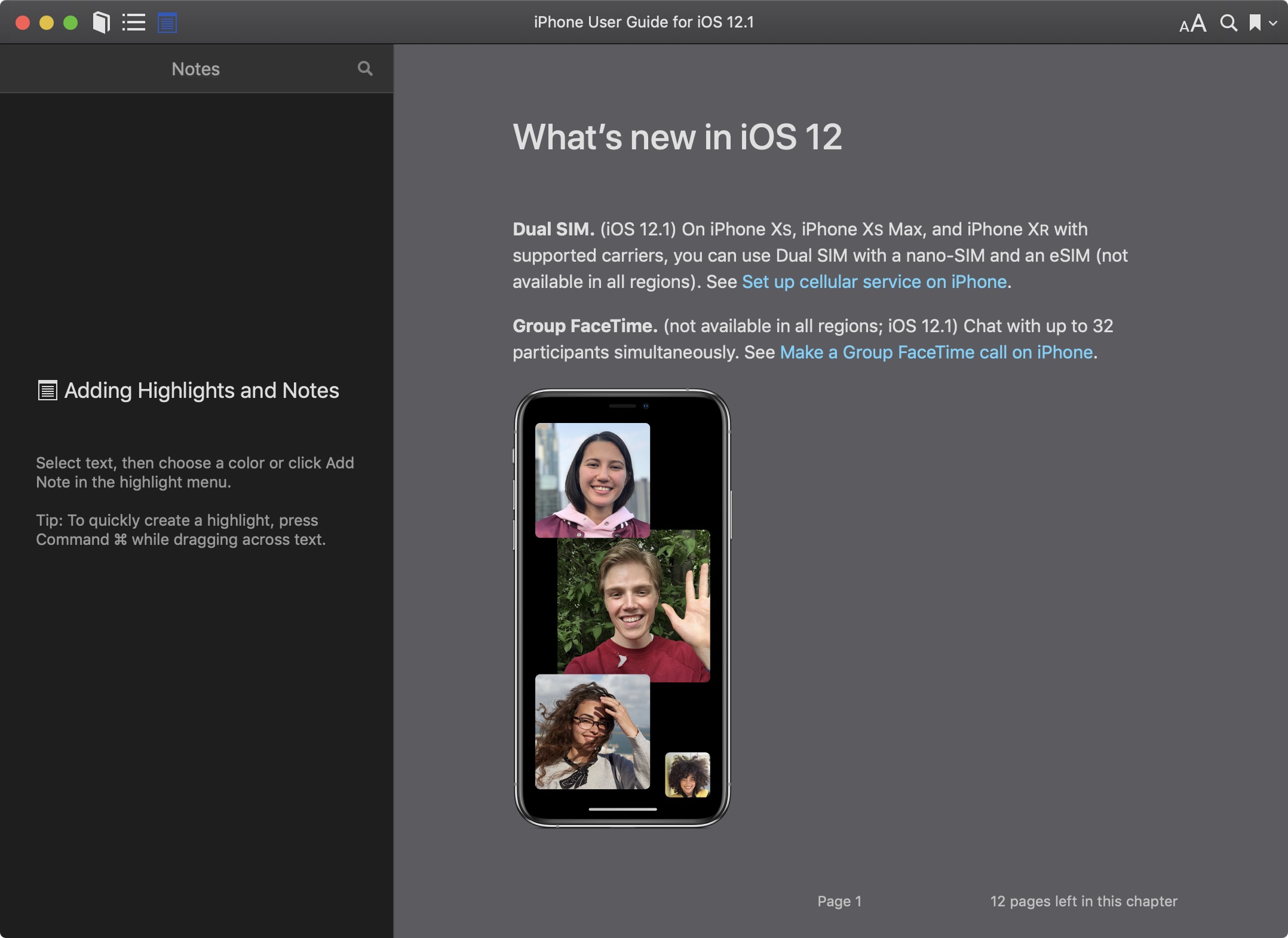 Just hours after releasing the iPhone XR, Apple has published the official iPhone user guide for iOS 12.1. Available through the Books app for iOS and macOS, like previous software guides, the free instruction manual arrives even before iOS 12.1 is released to the public. The guide is also significant for the secrets it has now given away.

First announced in September, the iOS 12.1 update mostly focuses on adding new features to this year’s handsets, the iPhone XS, iPhone XS Max, and iPhone XR, including eSIM support, the removal of the so-called “beauty mode,” and the introduction of real-time Depth Control. The update also includes 70 new emoji and bug fixes for all iOS 12-compatible devices.

Initially announced in June at WWDC as part of iOS 12, Group FaceTime was temporarily delayed this summer during developer testing. The feature allows up to 32 FaceTime users to talk via video- or audio-chat at the same time.

Unfortunately, the feature isn’t for everyone, as 9to5Mac was the first to discover when reading the iOS 12.1 iPhone user guide.

According to Apple’s guide, Group FaceTime won’t launch in all regions. Additionally, older devices such as the iPhone 5s, iPhone 6, and iPhone 6 Plus, aren’t compatible with its video calling feature. Instead, those devices can only make audio calls.

Those three models are the oldest iPhones to support iOS 12.

There’s one thing that Apple didn’t publish on Friday: the iOS 12.1 iPad user guide. That document almost certainly won’t be released until after next Tuesday when Apple’s holds a press event that’s likely to reveal new iPad Pro models and Macs. For now, Apple Books only includes the iPad guide for iOS 12.

The official release of iOS 12.1 should happen soon after the Oct. 30 event. The special “There’s more in the Making” event is being held in Brooklyn, New York and begins at 10 a.m. EDT. Apple will live stream the event on its website, through Twitter, and via the Events app on Apple TV.